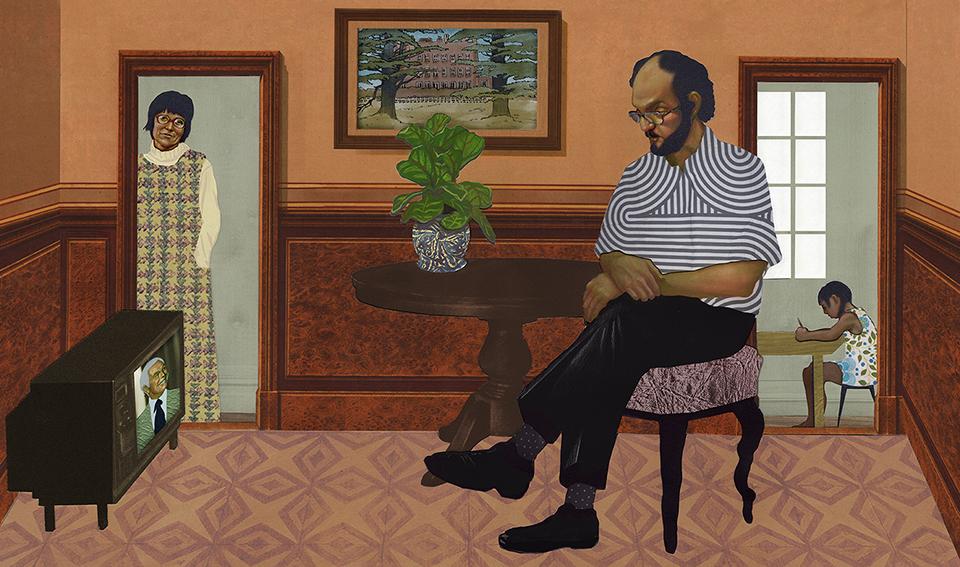 This image was created in a travel abroad class called London: Ancient/Modern, at ArtCenter College of Design. The focus of the class is for students to develop projects centered on a subject that connects London and the United States.

For this project I chose American director Stanley Kubrick, who relocated to England with his family in 1965. Kubrick created some of the most iconic films in cinema history throughout his long career. Many of Kubrick's films about America were filmed in England where the locations for various cities were recreated on sound stages or on London streets.

The image I created focuses on Kubrick at his home, Childwickbury Manor in Hertfordshire, UK. While researching this project I discovered many interesting details about Kubrick and his family. One such fact was that Kubrick loved the Jonny Carson show and would often have the show recorded if he was on a shoot so he could watch it at a later time. He was known to always keep up with what was going on in the United States while living in England. His work in film can be seen as a cross pollination on English and American cultures.

The trip to London was postponed due to Covid, however I was able to create some powerful imagery and re-watch some fantastic films. For this project I used chalk pastel and paper collage.