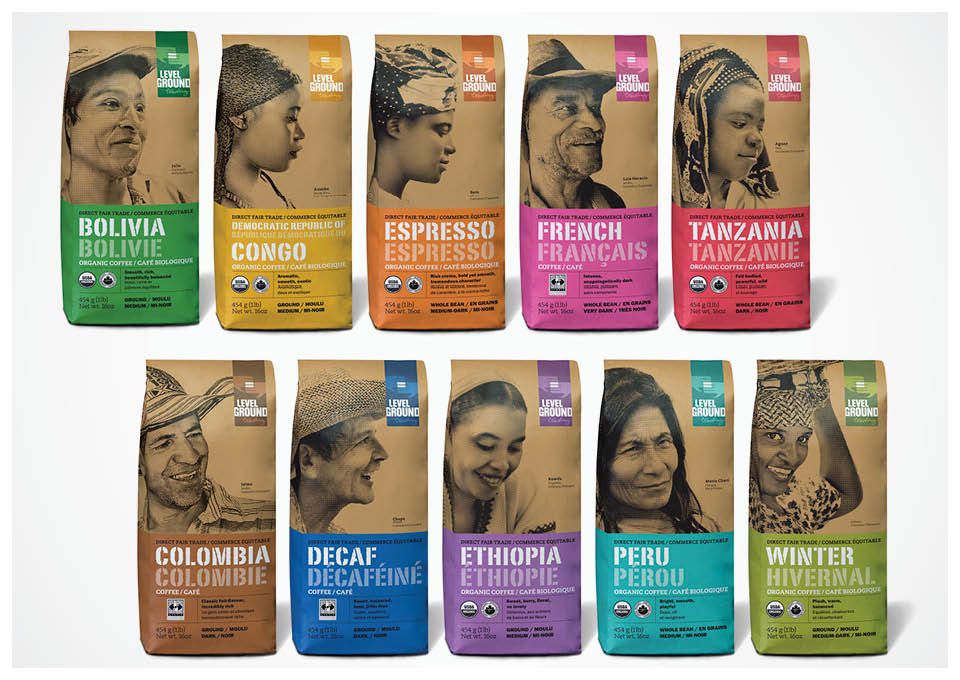 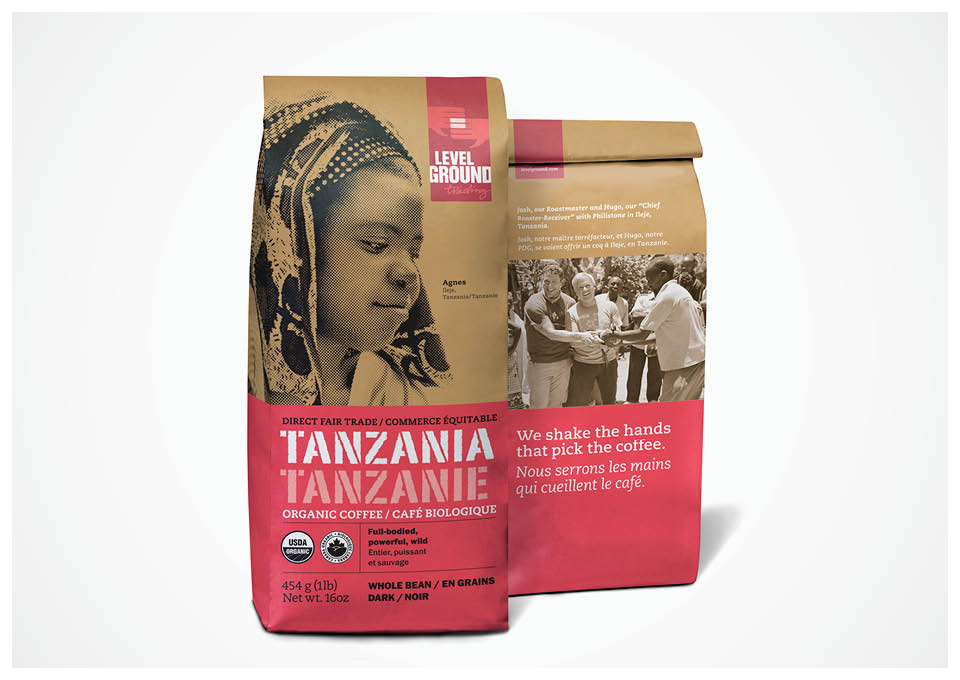 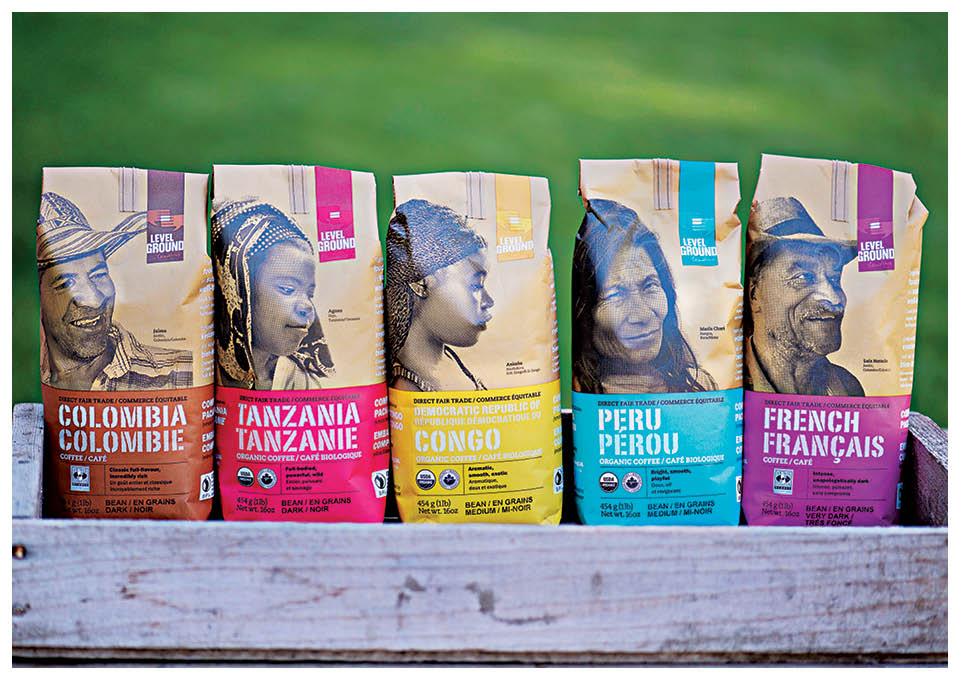 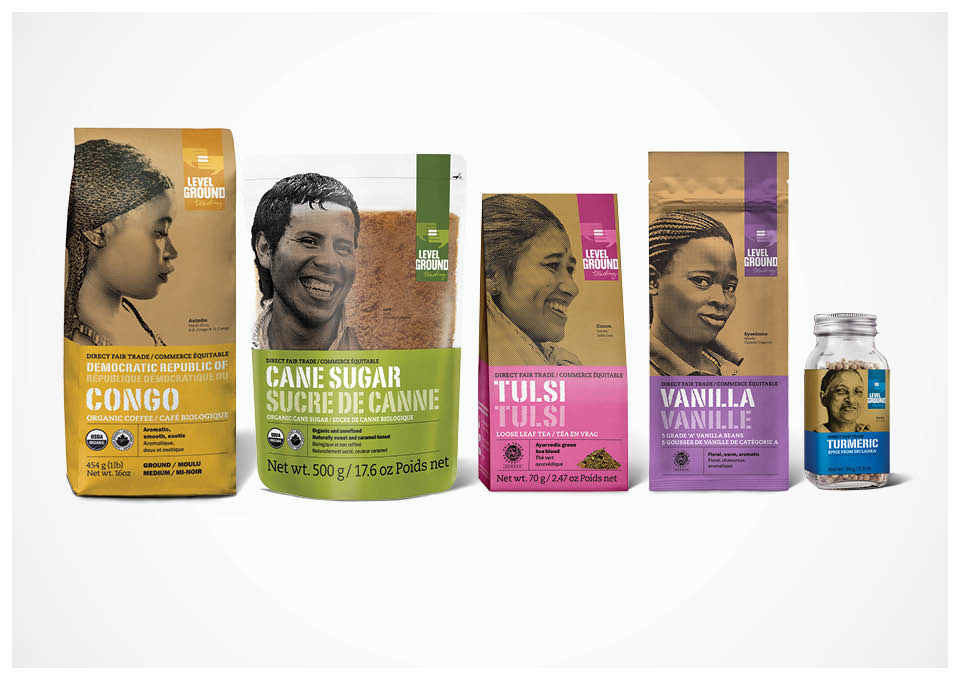 Founded in 1997, Level Ground Trading’s mission is to trade fairly and directly with small-scale producers in developing countries, and to market their products in North America, offering their customers ethical choices. The company steadily grew a local, loyal following for their range of coffees, as well as recent introductions of raw cane sugar and dried fruit. However, as the company and brand grew, Level Ground began to compete with more sophisticated brands we were failing to connect in a meaningful way with a broader consumer audience.

Consumer focus groups confirmed that Level Ground’s positioning and mission was right: to celebrate the actual farmers and producers with whom Level Ground maintains direct, personal and business relationships. “Direct Fair Trade” was the key.

A decade of “Direct Fair Trade” meant Level Ground had those direct relationships. You “shake the hands that farm the land”, became the lynchpin for all packaging. It illustrated that connection with the farmer, the real person, not a model or a fake picture, but the actual person that grew the beans, and farmed the land.

During this time Level Ground’s product line has extended to many other products, such as Spices, Vanilla, Tea, Rice and Coconut Oil.

In 2016 Level Ground approached Subplot with two key challenges. Firstly how do we evolve our already successful packaging to a more traditional coffee bag shape and one that is a 100% compostable bag. And secondly how do we extended and build of the existing recognition and equity in Coffee and leverage this into other new product lines such as tea, Rice, Vanilla and Spices.

The result is the evolution of an already successful coffee design system, new bag shape and substrate, brighter and vibrant colour palette and complimentary products that appear part of the same familiar Level Ground Brand look