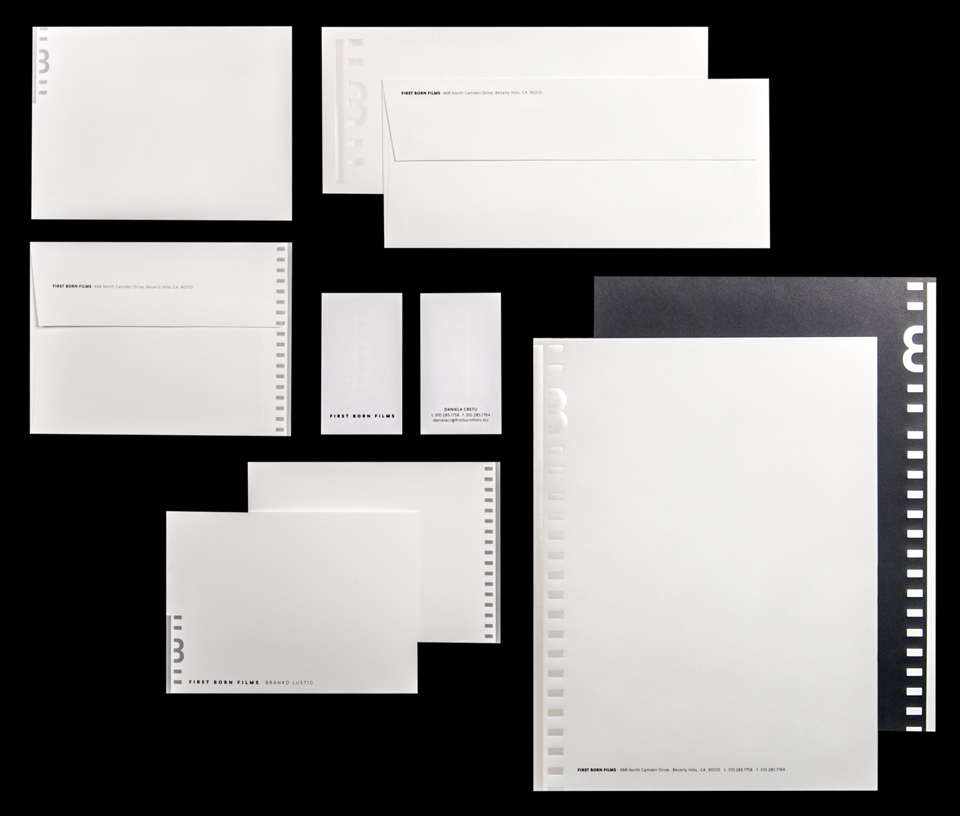 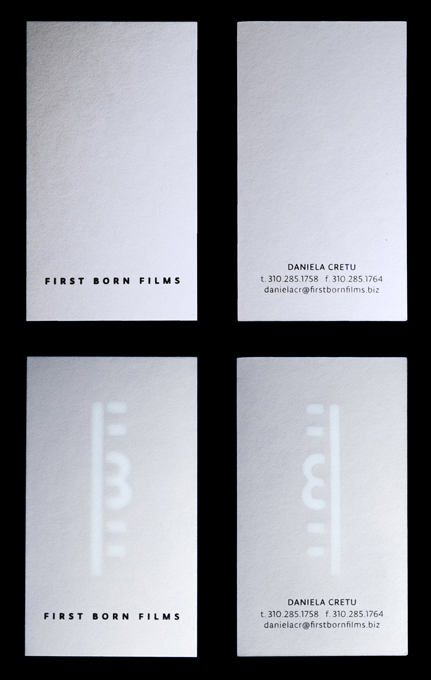 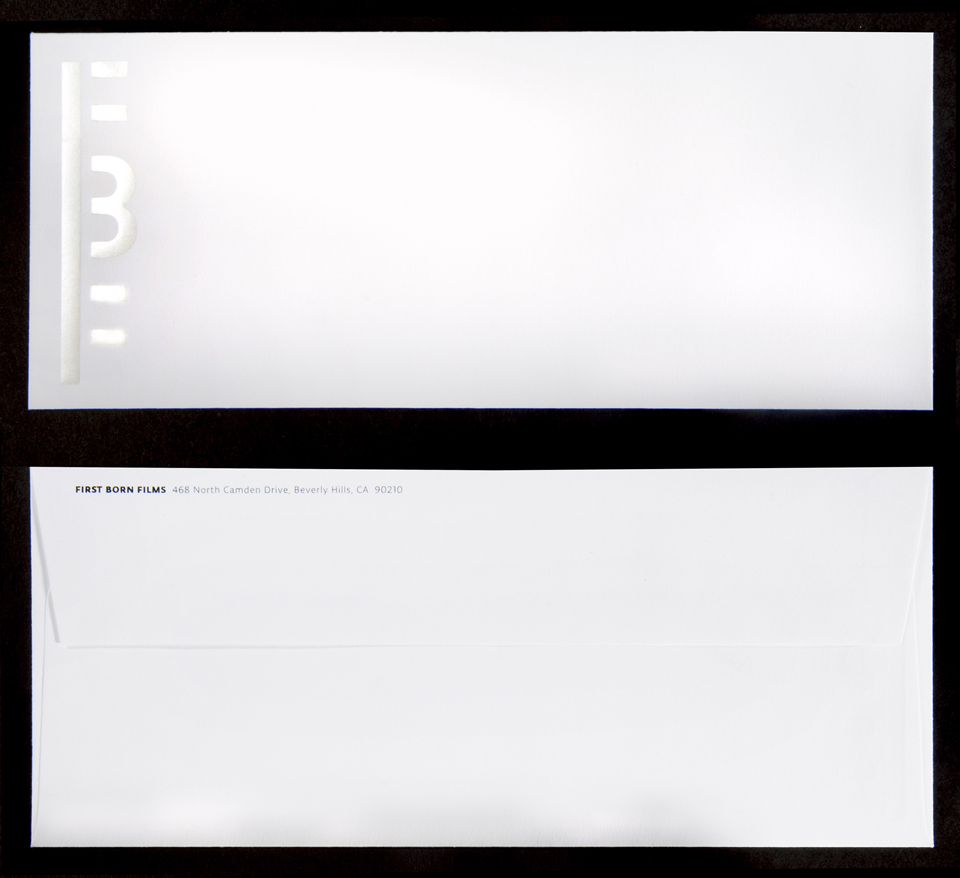 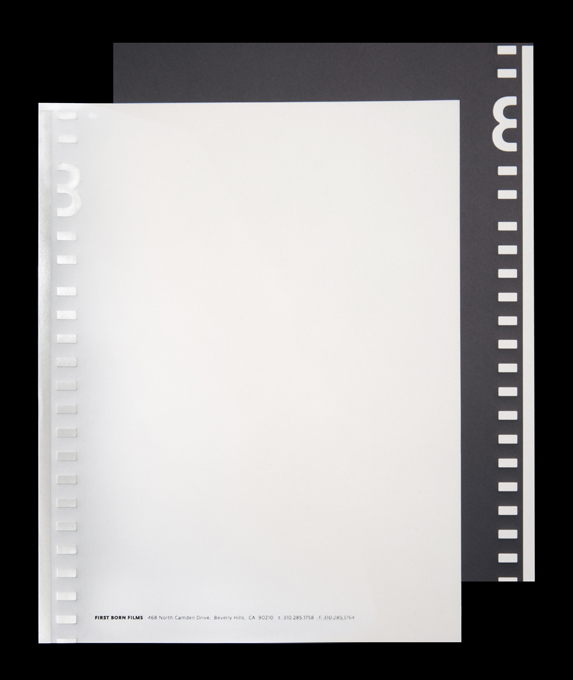 When creating the branding for this company, we tried to play with film-movie clichés while still creating something new. The first cliché is the perforations that appear on the edges of film and make it possible for the film/picture to move. We used that to create the logo and visual elements/pattern that appear throughout most of the design. Second, we used the idea of light that makes it possible for film to be shown/projected on a wall. One can only see the logo of the company on the business card when one holds it against the light. Also, the letterhead is printed black on the backside (excluding the film perforations), holding the letterhead in hands lets light comes through the perforations and is visible on the reading side. In addition, because film is made out of cellulose/acetate is shiny and glimmers, we used pearl foil to create that effect. On some of the pieces of collateral, we also used silver ink. Silver ink is not only quietly glamorous, but silver was used as an ingredient to manufacture earlier films.

Lastly, because the first (born) films were black and white, we deemed it appropriate to create all collateral in black, white, and silver (which is not actually a color).