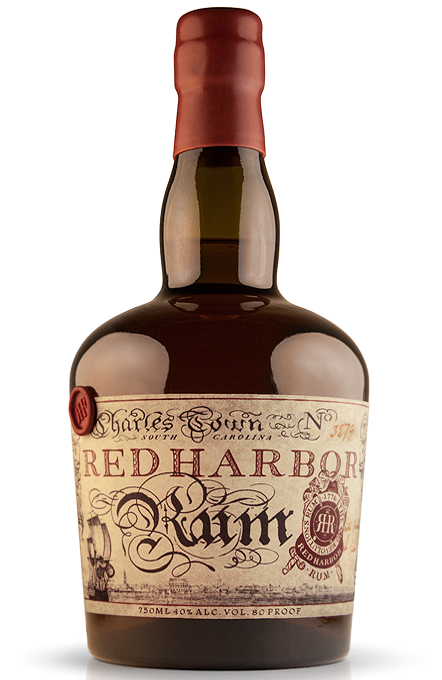 Design a label and help select a bottle for Red Harbor Rum. Red Harbor Rum is what we came to call "Museum Rum" because it has been conceived and crafted with one singular goal in mind. The creators set out to make rum that tastes as close as possible to what it tasted like before and during the American Revolution here in Charleston, South Carolina.

Charleston played a major role in the Revolution. General Cornwallis of Great Britain held General Moultrie captive here in a house several blocks from where the founders of Red Harbor grew up.

The original Governors of South Carolina were Rum Plantation owners from Barbados. So, the original clergy and many Churches were paid for with Rum Money.

In order to make the bottle look and feel as though it's been in a museum.... we started in museums. Every letter and every piece of art from the bottle was taken from real, colonial, visual relics. The typography for the titling is very specifically derived from South Carolina paper money from the years leading up to the Revolution. The logo stamp is a reinterpretation of a British tax stamp 1765. These were the stamps used to tax the American Colonies and are at the core of the iconography of the American Revolution.

We drew all the typography and ornament. We printed it on old paper and rescanned it before submitting the files to the press to reduce the sharpness naturally. Designed the RHR monogram and added it as a three dimensional wax seal.

The client is thrilled. The products soft launch in Charleston is a smash. Historians and Rum drinkers are sipping and smiling.

The product itself is quite remarkable. It's very oaky like a bourbon due to the traditional casks in which it is aged. Same way it was aged back in 1776.