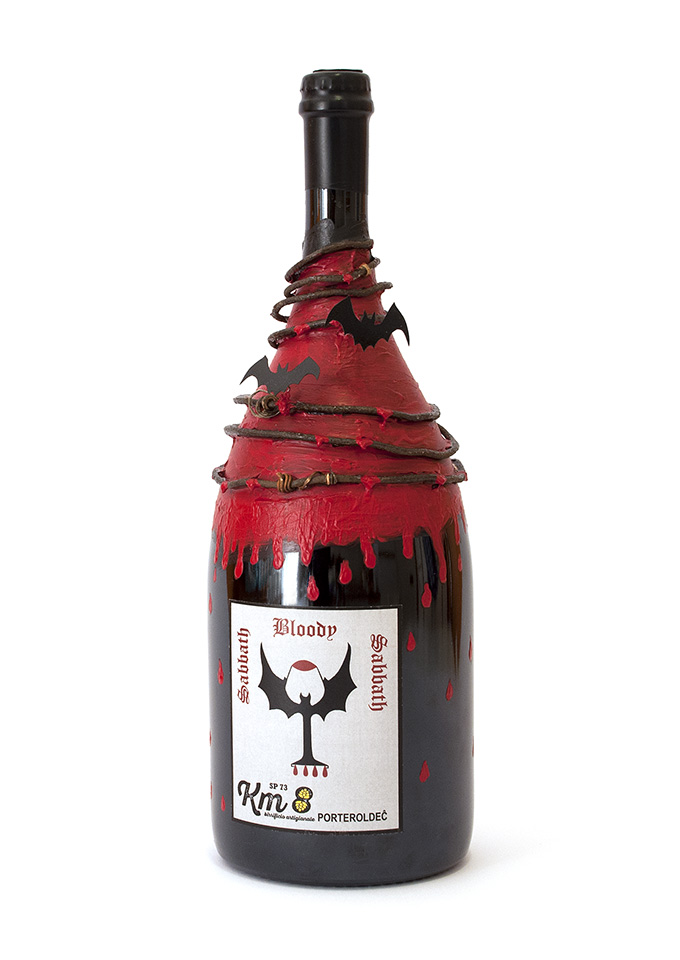 This new creation is in fact called Sabbath Bloody Sabbath, keeping the style of Km8 to name its productions with the title of a rock song.
Sabbath bloody sabbath is the track that opens and that gives the name to the fifth album by Black Sabbath, released on December 1st 1973.
The name also recalls the magical ritual that arises from the union between the black of porter beer and the “blood” of Teroldego wine.
The rusty iron wire of the old vineyards of Teroldego, the flight of two bats and the blood that drips on the bottle. Here are the elements present in the “Magnum” played by Tomaso Marcolla.