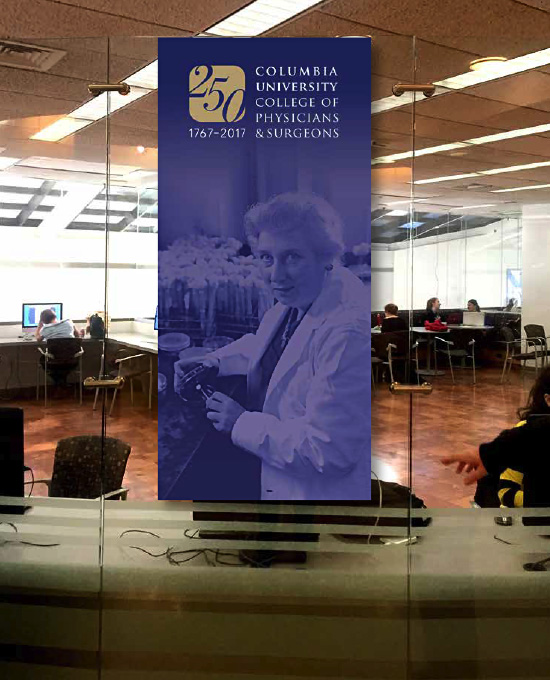 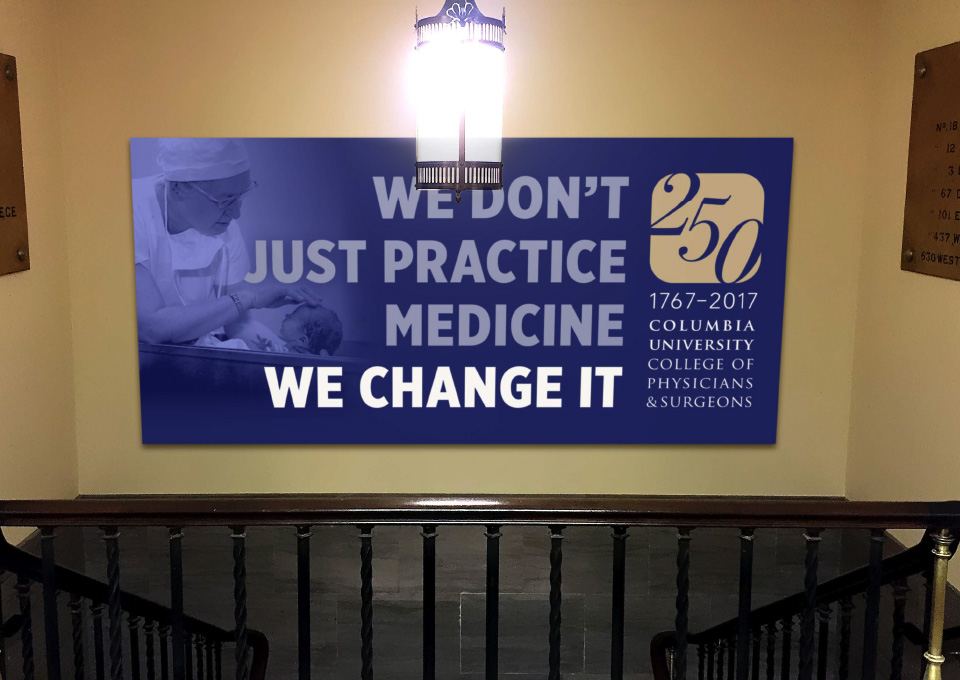 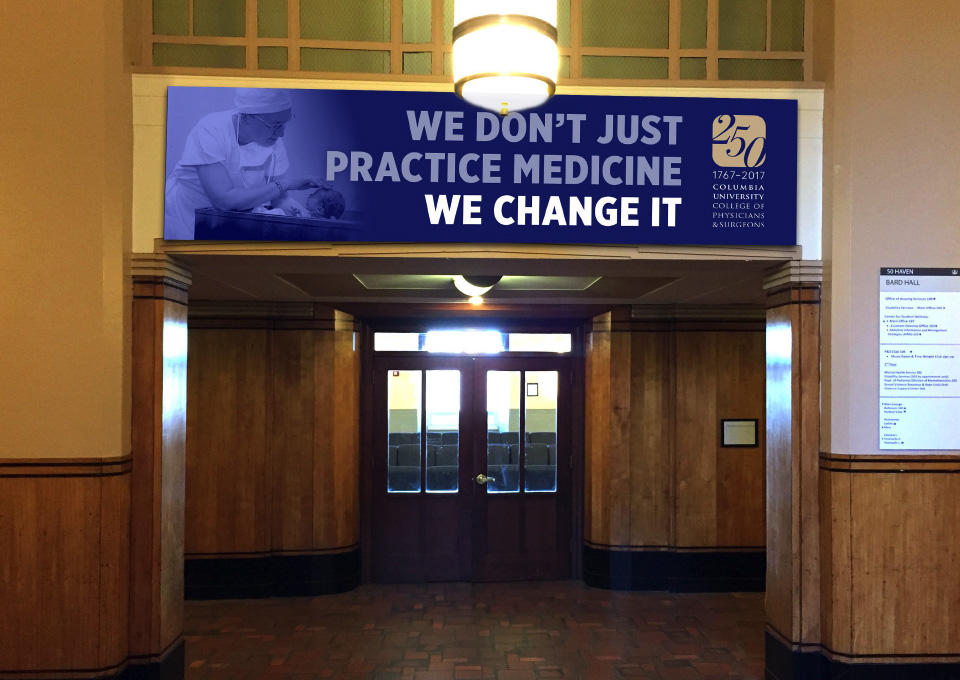 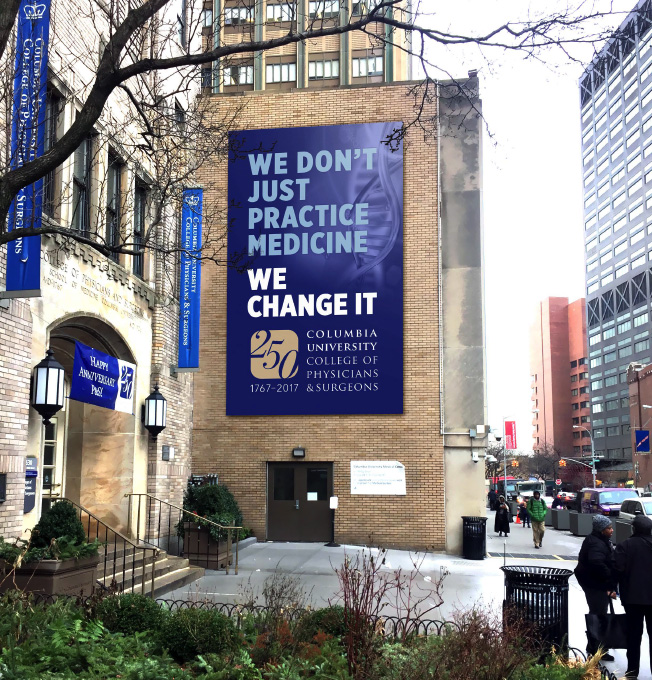 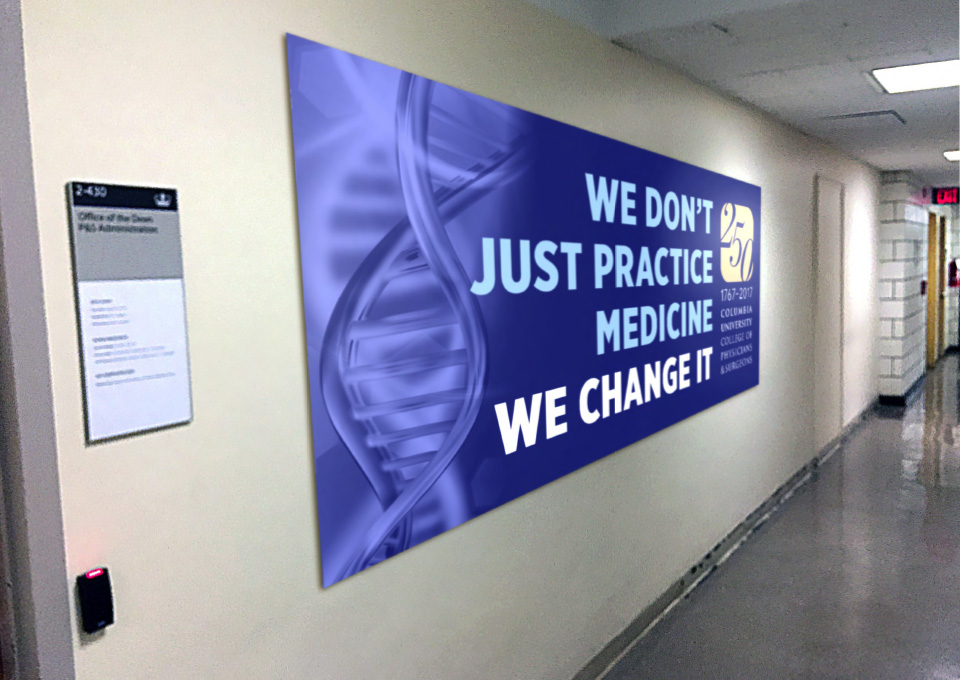 The College of Physicians & Surgeons (P&S), Columbia University’s medical school, is celebrating its 250th anniversary in 2017. They asked us to create a series of banners for use around the Columbia University Medical Center (CUMC) campus, in key locations, to promote and build interest in the anniversary. We were asked to incorporate the existing Anniversary logo, which we did and reconfigured it to be vertical for some of the applications.

We scouted the CUMC campus with our clients and determined the locations for the banners. We talked about message & images. Ultimately we decided to go with the simple but powerful anniversary tag line “We don’t just practice medicine, we change it.” We chose images quickly identifiable with P&S and CUMC’s current initiatives: Precision Medicine (genetics-focused treatments) and highlighting the contributions of women.

The result was a series of banners in very different sizes & shapes that have a continuity of look and message. The largest is 17’ x 27’ and hangs outside the main entrance of P&S. It has a double helix DNA image ghosted into the background indicating Precision Medicine. A different orientation of this same theme is seen in an interior hallway banner. In the stairwell going up to the Dean’s office and in the entrance to the main dormitory we used an image of Virginia Apgar, who invented the Apgar Score, a tool still used today to evaluate the health of every newborn. In the library & bookstore we used Balbina Johnson, who invented bacitracin. When they were put up in March the banners created a buzz of excitement for the anniversary; the Dean and Trustees were very pleased with the results and the enthusiasm that was generated. The banners will remain up into early 2018.