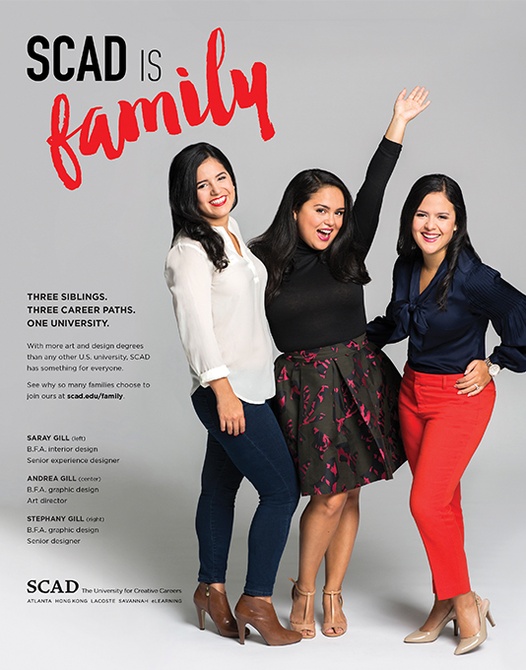 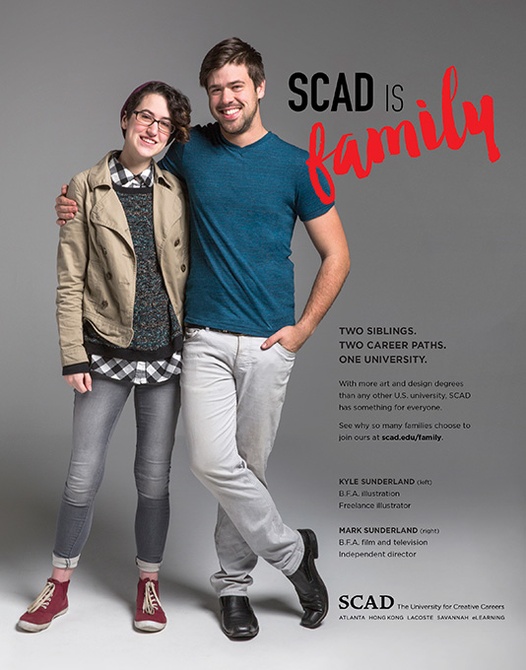 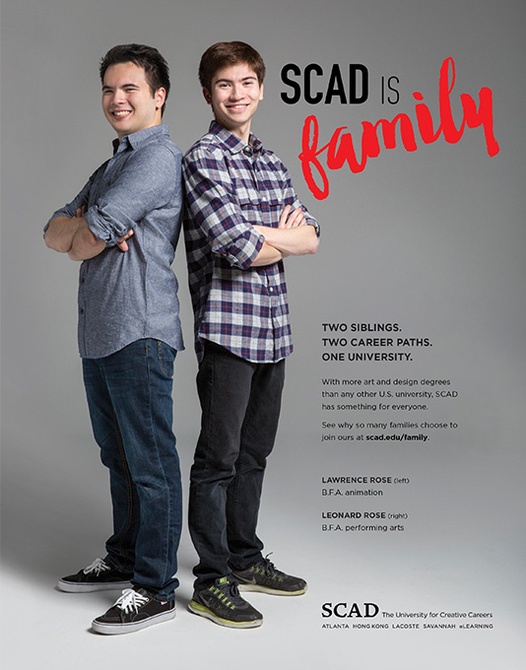 Develop an advertising campaign that highlights current SCAD siblings or siblings who have
graduated from the university, connecting their families to the larger SCAD family of 32,000
alumni.

Paula Wallace, president of SCAD, came up with the concept for this campaign. It was originally envisioned as an admissions-focused marketing tool, though it quickly became apparent that the campaign had the potential to embrace a broader audience than the traditional family structures. The message of the SCAD academic community as family is aimed at parents and making them feel comfortable about sending more than one child to SCAD, and encouraging them to join the SCAD family.
After starting with the natural market of current and recent SCAD siblings, photography
commenced in a variety of settings. Eventually it was decided to shoot in a studio with a neutral background to keep the focus on the subjects rather than the locations and give the campaign a cohesive look and feel. Eleven sets of siblings in the United States and four in Hong Kong were photographed, and the three sets featured in the initial phase of the campaign were selected to highlight the demographic and gender diversity of SCAD. As the campaign proceeds, more SCAD family members who aren’t necessarily blood relatives will be featured.
For the ad layouts, the subjects tell the story. The closeness of the siblings comes through, with minimal copy, a clean font, and the handwritten “family” adding a personal touch. The call to action leads to a website where a video and a narrative tells the siblings’ expanded stories, and how other SCAD siblings can share their experiences. The campaign is expected to last for at least a year as other stories of the extended SCAD family are developed.

The campaign garnered enthusiastic support from the families who participated. The original ads spurred additional development of the campaign, as well as finding additional families who were willing to become involved. The university’s recruiting efforts using the campaign have been successful, as the SCAD enrollment for the fall will exceed 13,000 students: the highest in the university’s nearly 40-year history.