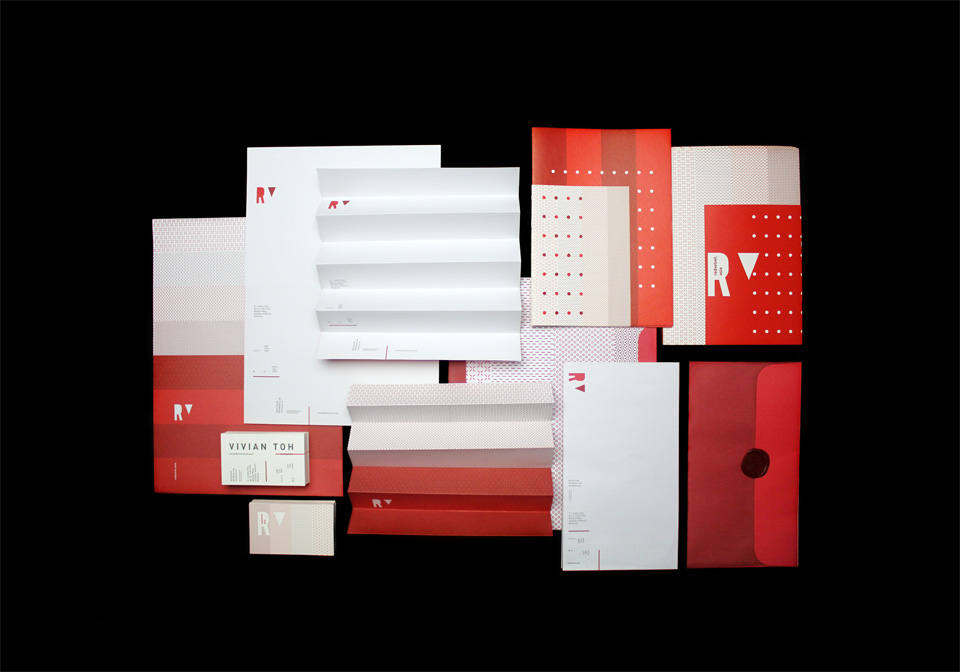 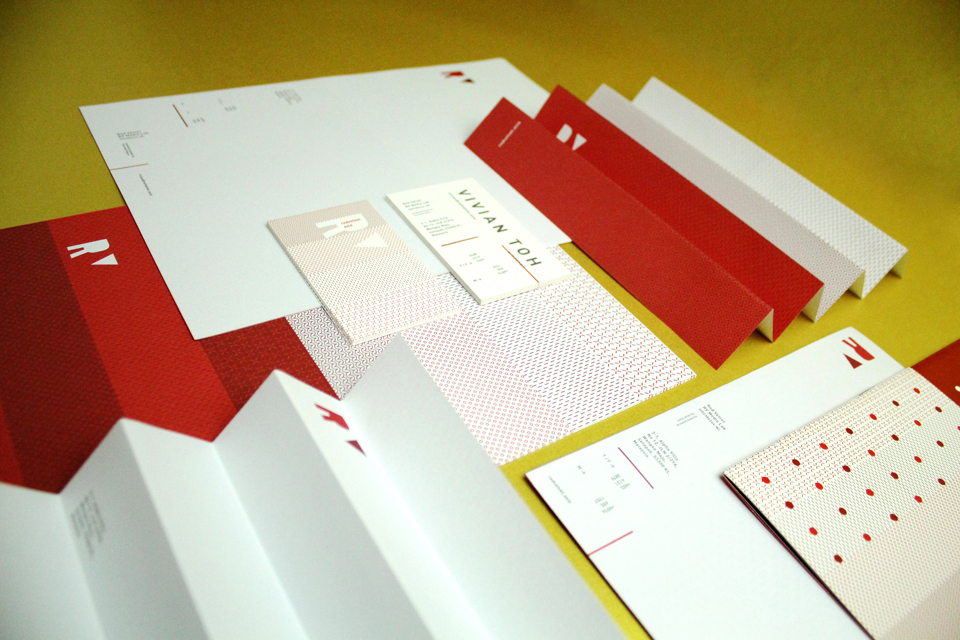 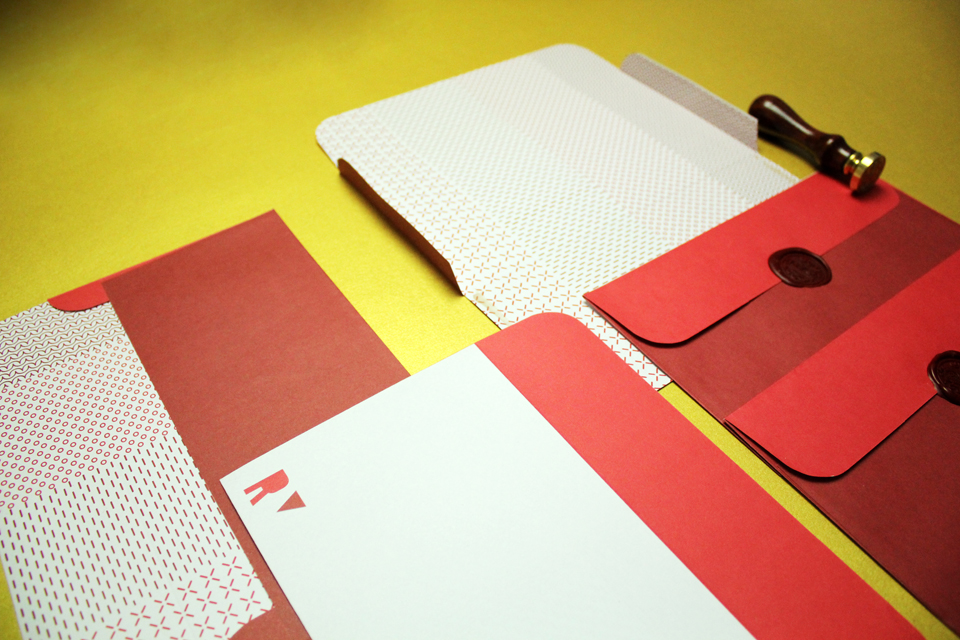 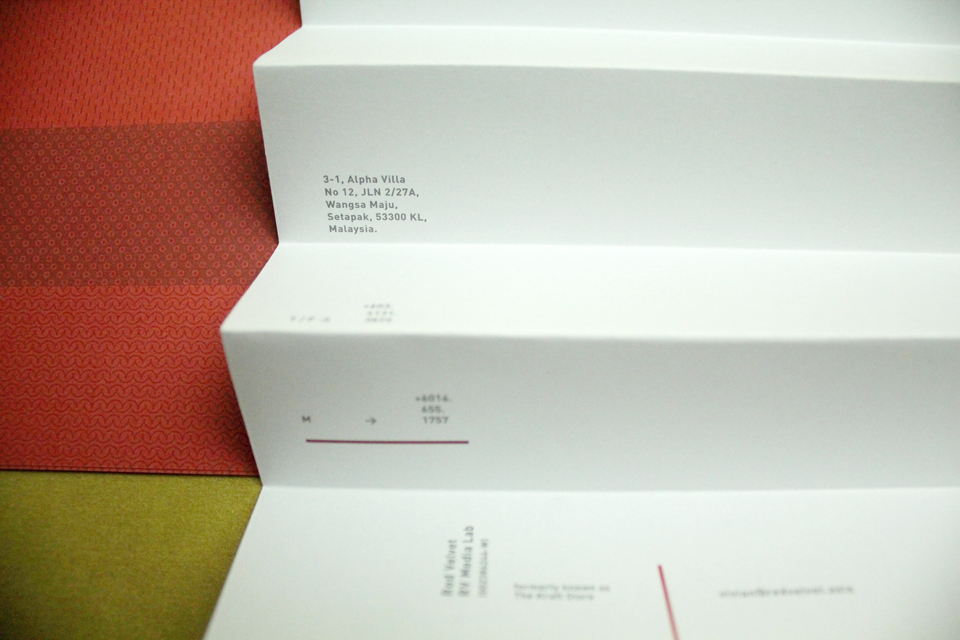 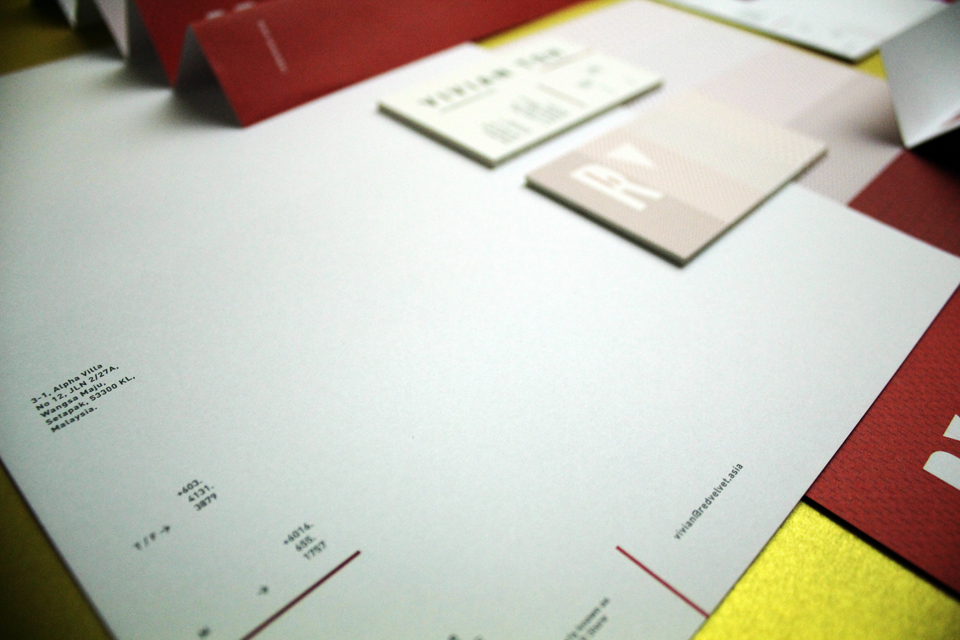 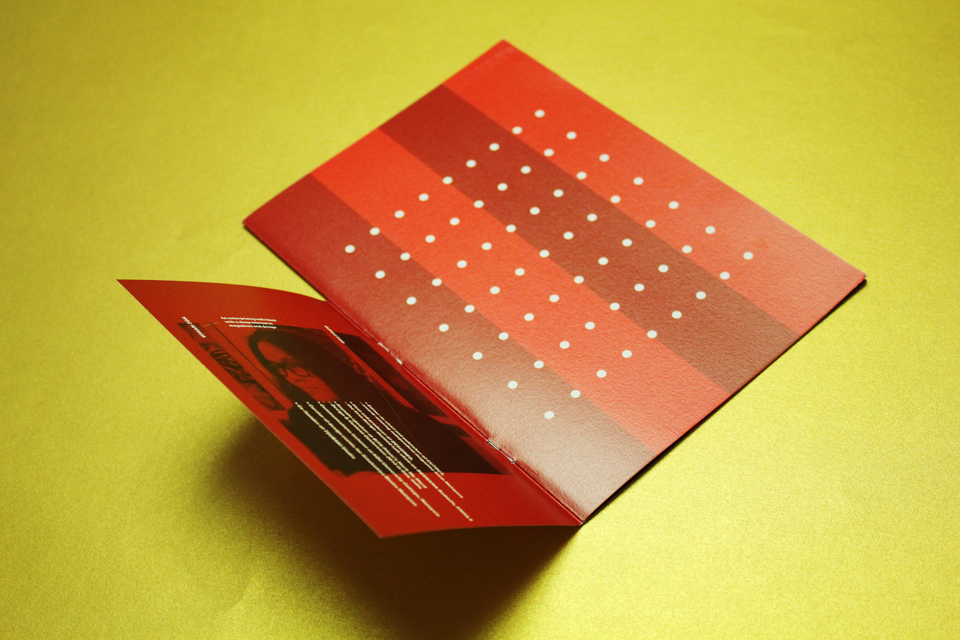 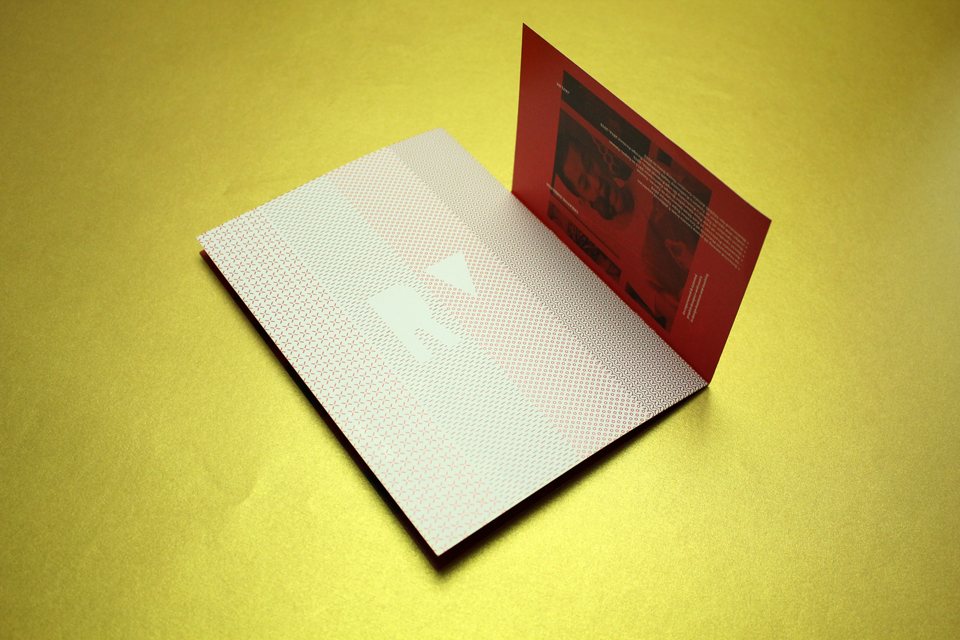 RED VELVET RV Media Lab is founded on a simple belief that passion breeds creativity, and novelty is the by-product. Not to be mistaken for a cake because of its name,
Red Velvet holds an iconic resemblance to the dessert, represented in colours such as red for zeal and cream for experience. Red Velvet's values are like toppings on the cake - the company does its best not in conforming to standard client requests, but in complementing the duty with the right deliverables. Formerly known as The Kraft Store, Red Velvet is the publisher of the award-winning independent design magazine, CUTOUT.

Designing the stationery part of Red Velvet RV Media Lab was an enjoyable thing to do. This was simply because ‘being experimental’ is one of the key elements required of us by the client.

We all know that a piece of paper the size of A4 is by standard the right size for letterheads. What we did was to give the letterhead a clean look on the front side while showing a lot more of graphic textures and lines on the backside. These lines are perfectly measured so that they create a ‘zig zag’ wave when folded according to the lines. Hence, the letterhead gets to become a 3-dimensional stand where it can hold several pieces of business cards without falling flat.

Likewise, a seemingly ordinary looking envelope also gets experimental with its backside. Instead of using glue, the very traditional wax seal is brought to life in this stationery set. The wax seal gives a personal touch and a sense of nostalgia, and there’s a certain kind of importance that can be felt by the recipient of this envelope. We relish in the fact that the wax seal served as a stamp of authenticity, and Red Velvet is about being authentic in its business.

The name card applies the deboss process and it can only be felt through touch. The elaborate textures on the surface of the name card did their best by moving the viewer’s eyes to the deboss letterings.

All the items on this stationery set use special paper imported from India. The company profile is two different paper thickness combined; whereby the outer page is a paper and smaller than the inside page, which is a card. The company profile has all the graphic textures and elements from the letterhead, envelope and business card except that the colours on the graphic textures and elements have been reversed and mixed up to give it even more contrast in its appeal.

Our client wanted something "out of the ordinary", so as a result, the redness of the Red Velvet cake provided so much visual flavour, something that we can definitely apply into the design. To make the feeling more real, we wanted to give the letterhead a second function; whereby, when it is folded into a triangular position, it is also able to display name cards rather nicely. Our dear client had expressed to us how much she loved the Red Velvet cake and she had hoped that we could help her express that in the visual. When passing the stationery set to her other clients, they reacted positively to the design besides it being memorable for its vivid colours.