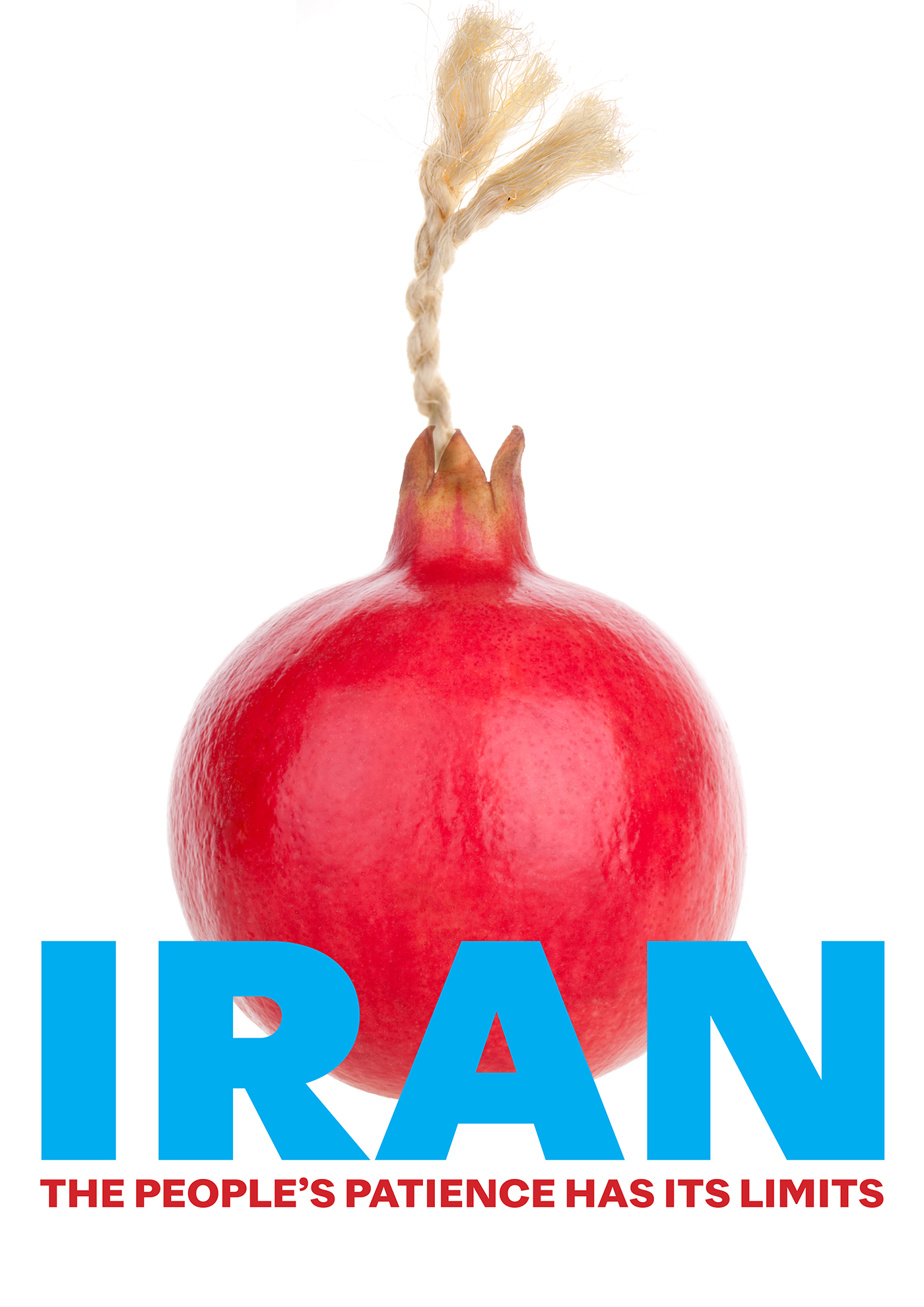 For over thirty years the people of Iran have suffered under the yoke of an oppressive system that has systematically abused virtually every fundamental and internationally recognized human right. All sectors of Iranian society, ranging from artists to women, have had their rights eroded by the so-called "Islamic" republic. Country-wide protests in late 2017 illustrated more clearly than ever that the Revolution of 1979, touted as the saviour of the people, has incontrovertibly become its nemesis.

There is perhaps no other fruit more emblematic of Iran than the pomegranate. It is a source of refreshment for all Iranians year-round. Its seeds can either be released from their container by an outside force or the container will explode, figuratively speaking, should conditions become intolerable.