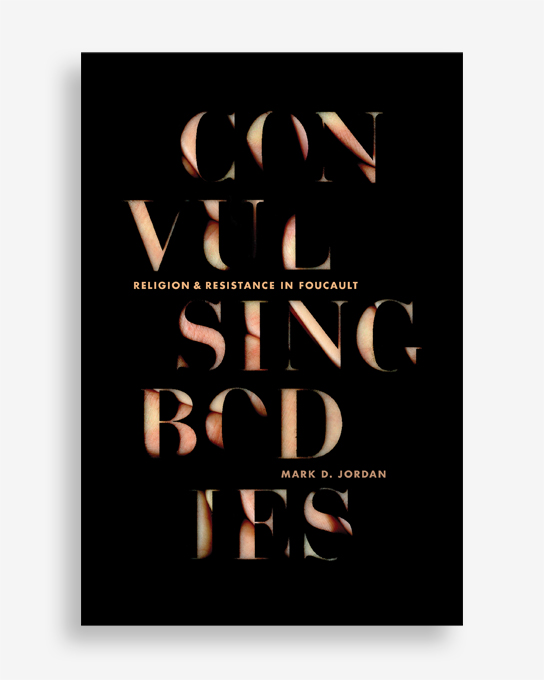 Summary of the book:
Foucault was famously interested in Christianity as both the rival to ancient ethics and the parent of modern discipline and was always alert to the hypocrisy and the violence in churches. Yet many readers have ignored how central religion is to his thought, particularly with regard to human bodies and how they are shaped. The point is not to turn Foucault into some sort of believer or to extract from him a fixed thesis about religion as such. Rather, it is to see how Foucault engages religious rhetoric page after page—even when religion is not his main topic. When readers follow his allusions, they can see why he finds in religion not only an object of critique, but a perennial provocation to think about how speech works on bodies—and how bodies resist.

A knot of intertwined body parts is restrained by the letterforms printed on the cover, representing Foucault’s ideas about how speech works on bodies—and how bodies resist.

This book was published by Stanford University Press in 2014.