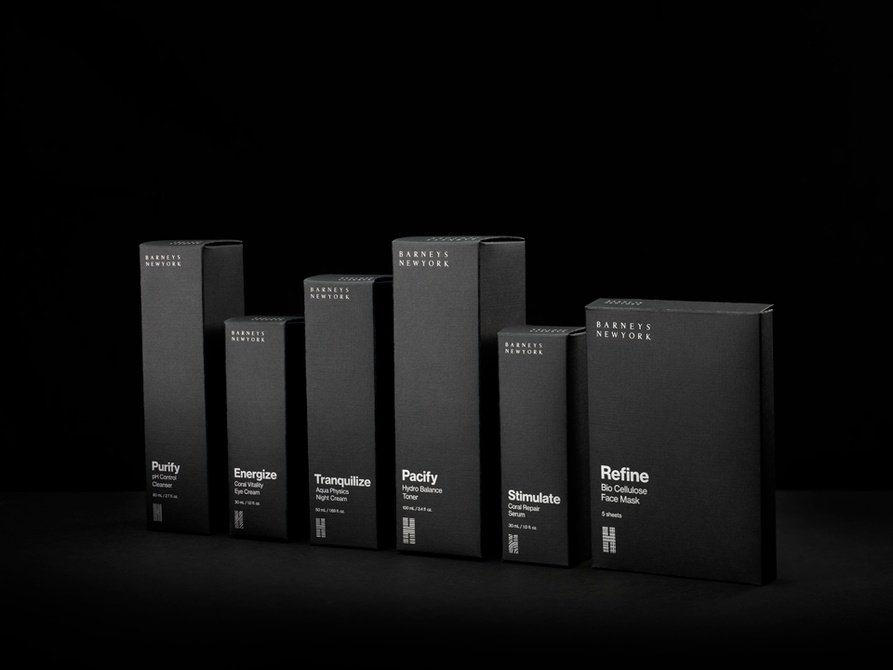 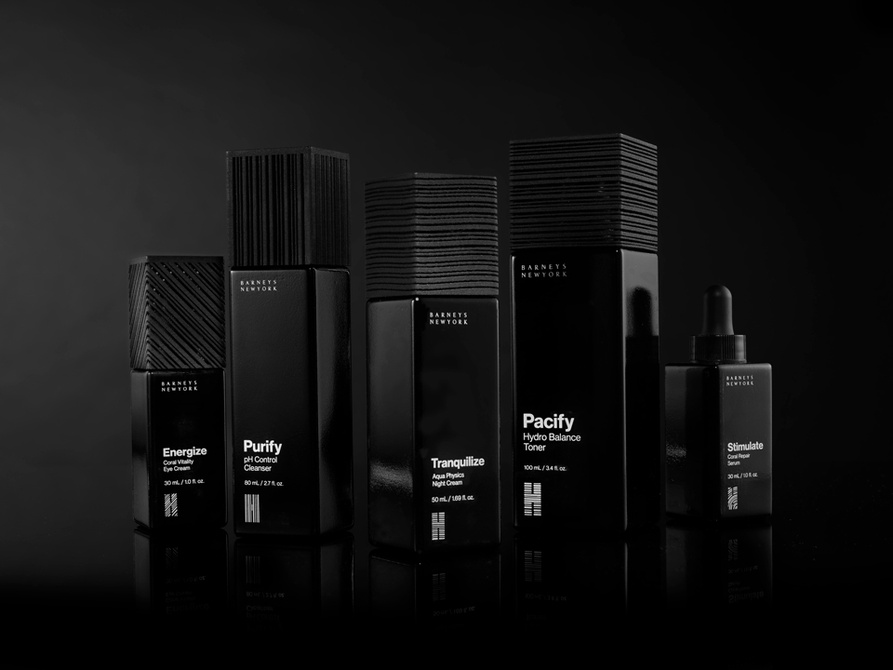 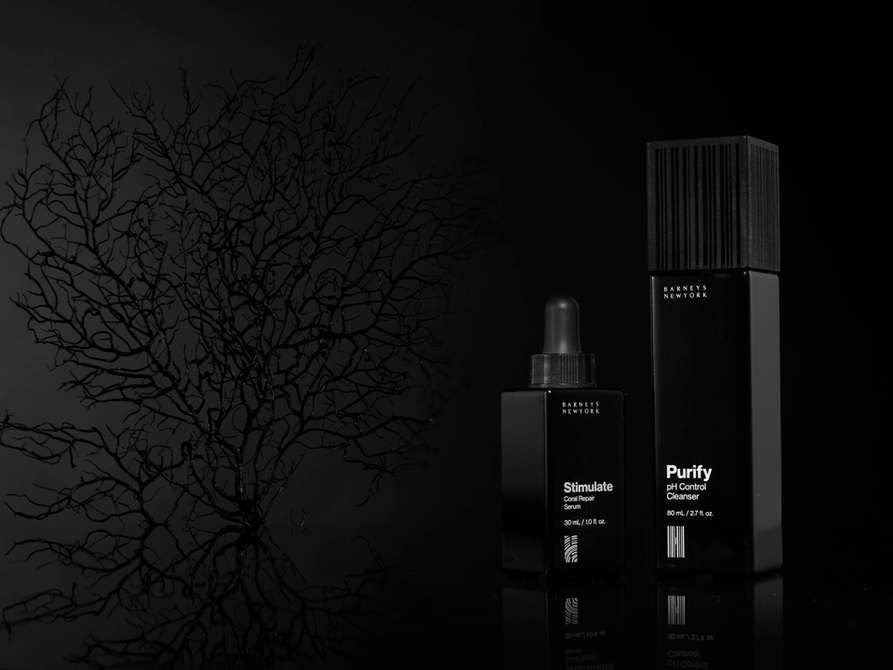 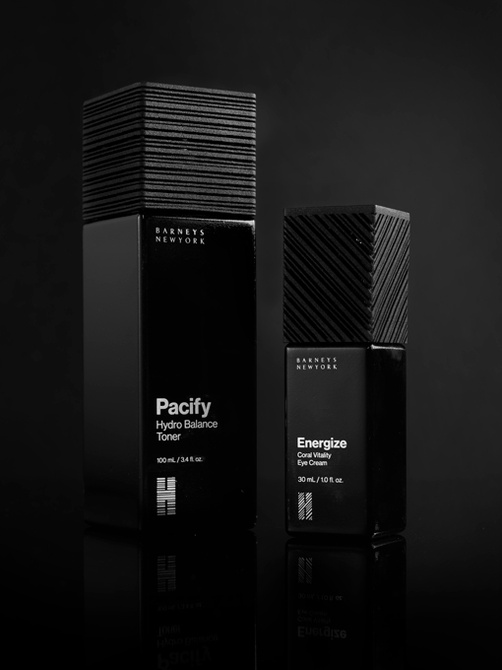 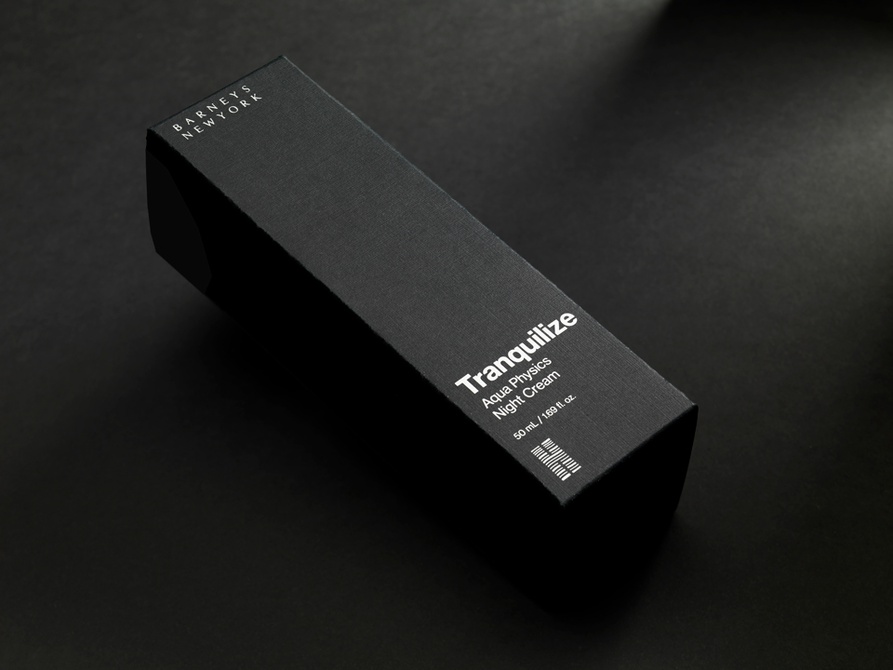 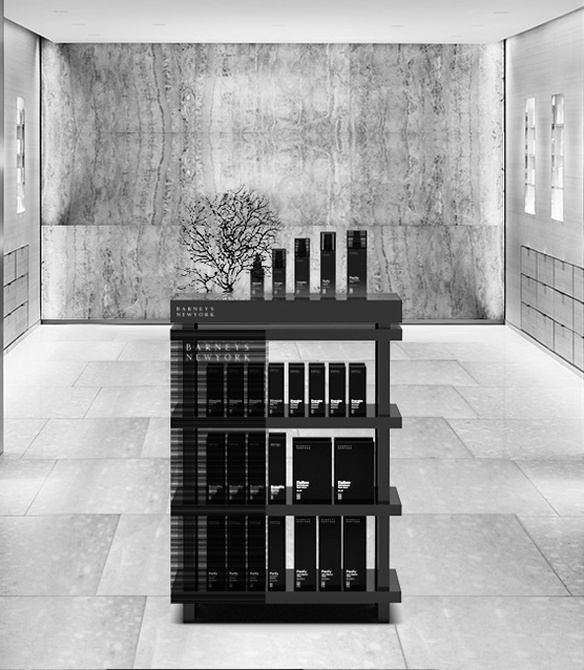 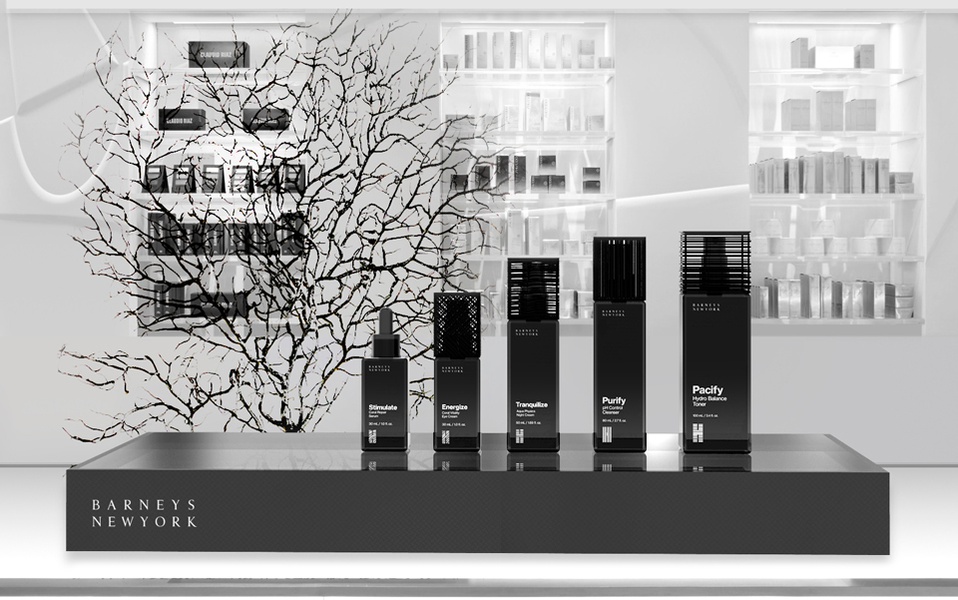 To develop and create a mens premium skincare line, with a focus on ocean conservation for Barneys New York.

Research on the cosmetics industry proved that there was a viable initiative for a department store brand to take for the goal of establishing dominance in the premium male skincare market.

The project sought to solve the problem of ocean pollution contributed by cosmetic industries while providing a unique male imagery for contemporary male audience to consume.

There was a lack of diversity regarding the male imagery being promoted in the premium male cosmetics market. Men are portrayed in a trend-driven and ideal manner, which uses lumbersexual and metrosexual lifestyle. By endorsing a highly cultural celebrity with characteristics that reject current male imagery such as Alexander Wang, mysterious, yet charismatic attributes were provided to art direct this project.

Ocean pollution was another problem in the cosmetics industry. This project sought to contribute to help solve that problem by using plastics recovered in the polluted ocean along with a charity campaign supported by Alexander Wang, who was known for participating in charities in the past and it became the deciding factor in choosing the appropriate celebrity that could help our cause.

It was for Barneys New York to help save the ocean while elevating itself as a benefit corporation at the same time to claim the notion that luxury can be both desirable and good.