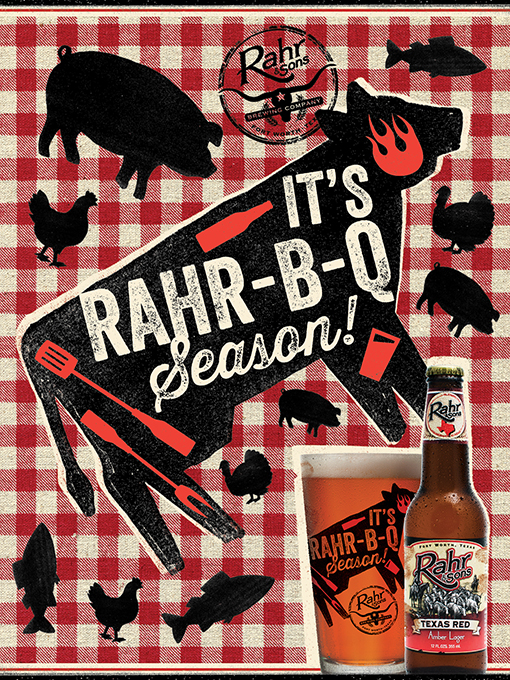 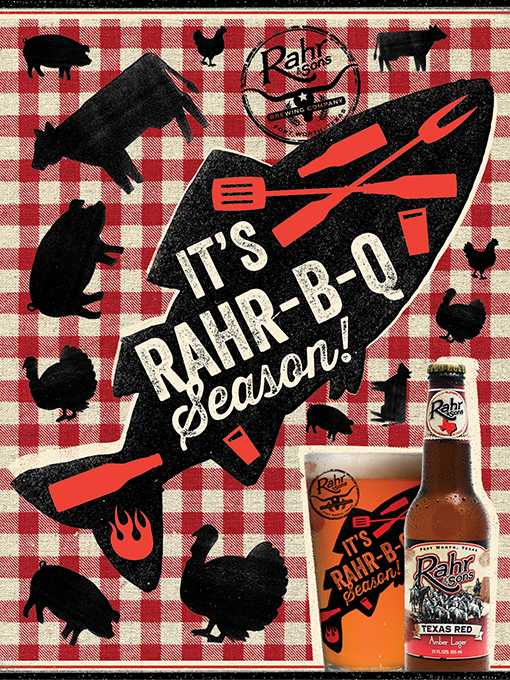 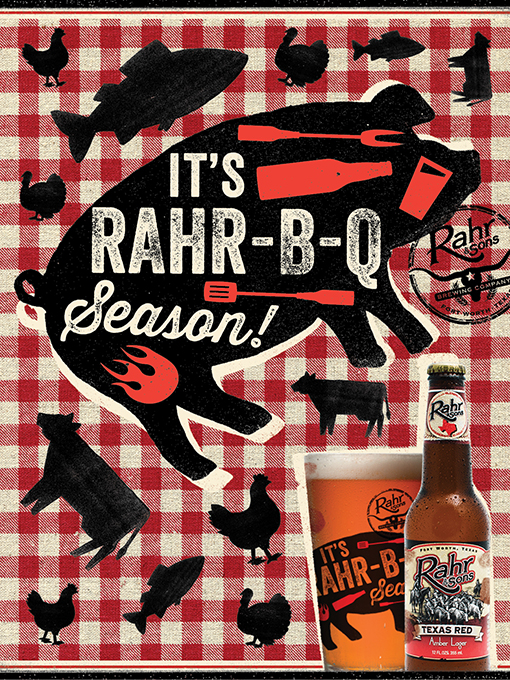 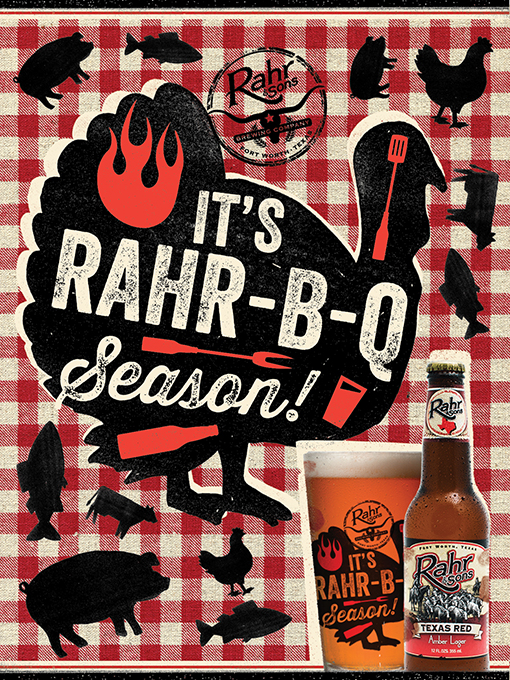 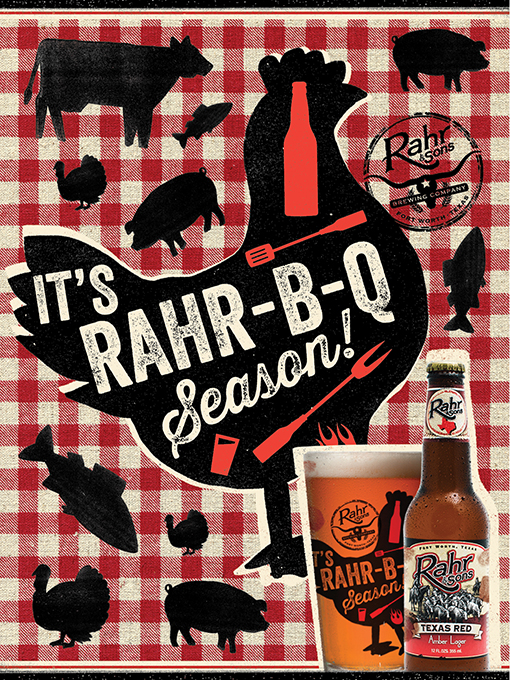 Rahr & Sons brewery in Fort Worth, Texas, commissioned us to create a series of events throughout the year to center around their Texas Red beer. The Rahr-B-Q event was created to span the month of May, which is National Barbecue Month. So we were charged with making Rahr Texas Red beer the official beer of barbecue season. The imagery used throughout the campaign draws on weekend backyard barbecues with friends to back-country Texas barbecue seen throughout the state. We wanted the campaign to feel familiar, casual, loud, approachable, fun, and authentic. The system was created to be used in a variety of touchpoints throughout grocery stores, bars, and restaurants. In grocery stores, we were challenged with filling grocery carts with barbecue meats, ingredients, sides, and of course, Rahr Texas Red beer. To push this through to the consumer, a custom shopping list tear-pad was created to stick on the in-store P.O.P. The system was also designed to be flexible enough to place certain animal posters and large cut-outs in different places throughout the store in their specific meat areas. In the bars and restaurants, stickers, T-shirts, aprons, coasters, pint glasses, pennants, and banners all came together to transform the in-store environment and let everyone know that you can't do Texas barbecue without Rahr & Sons beer.