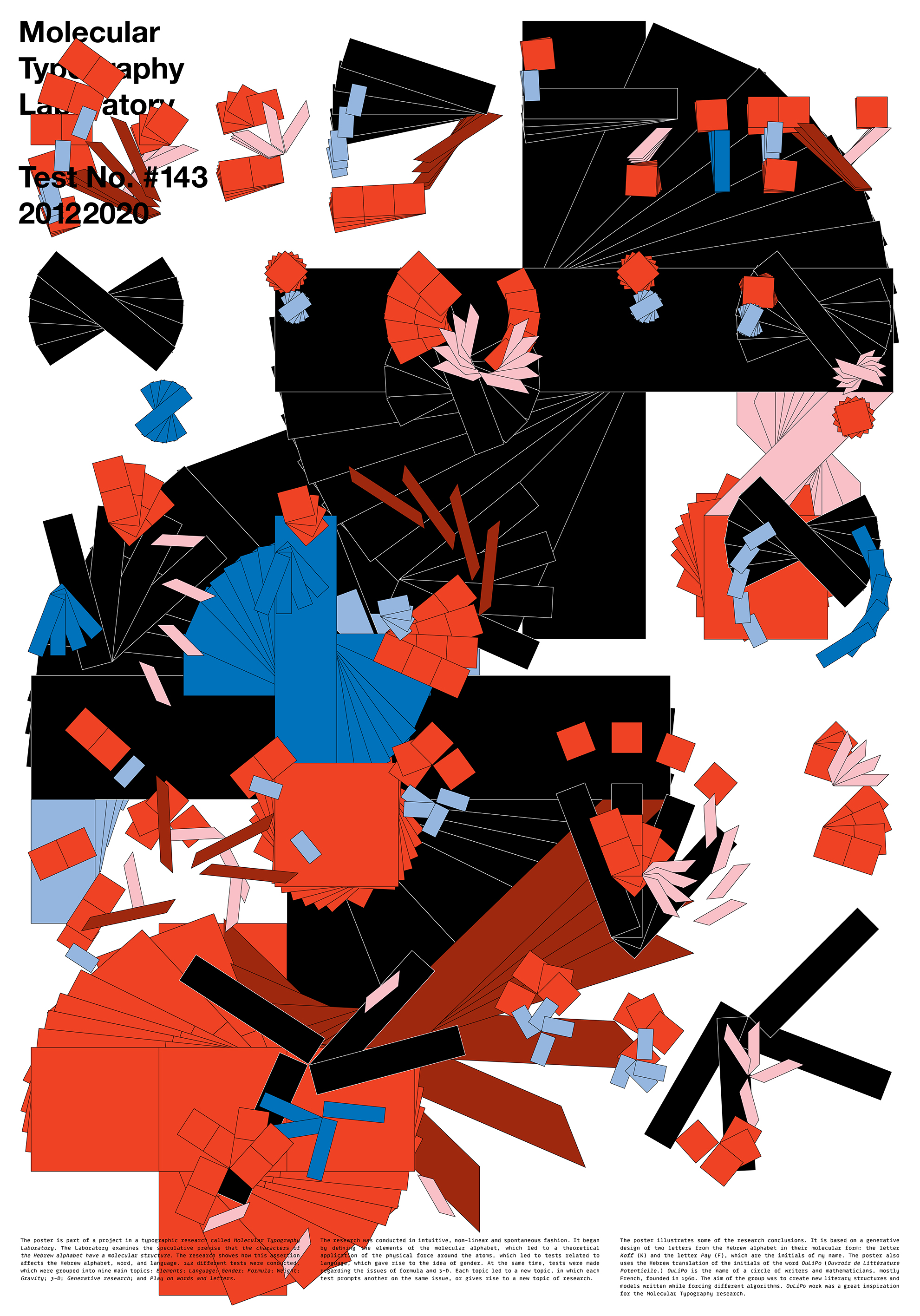 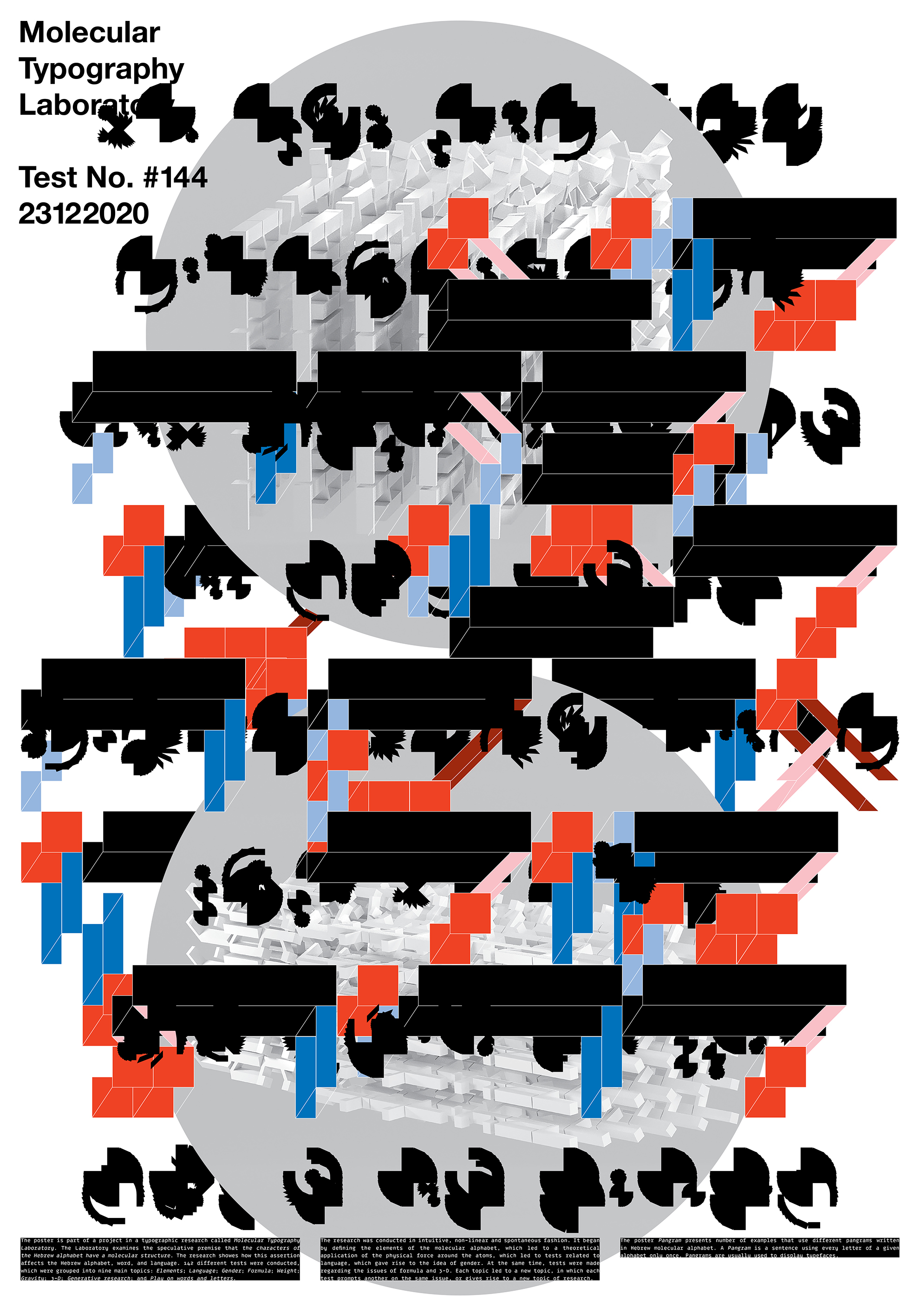 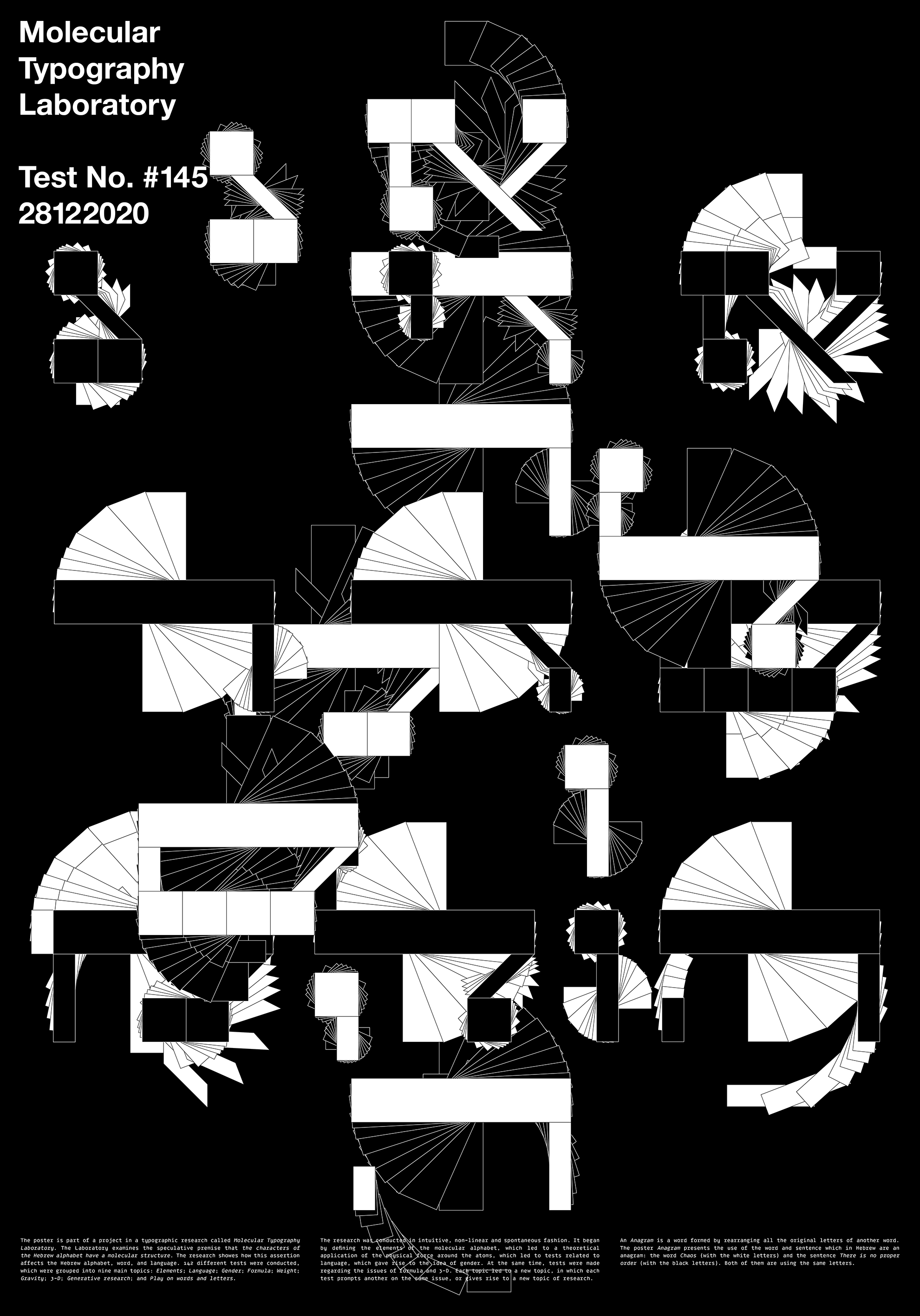 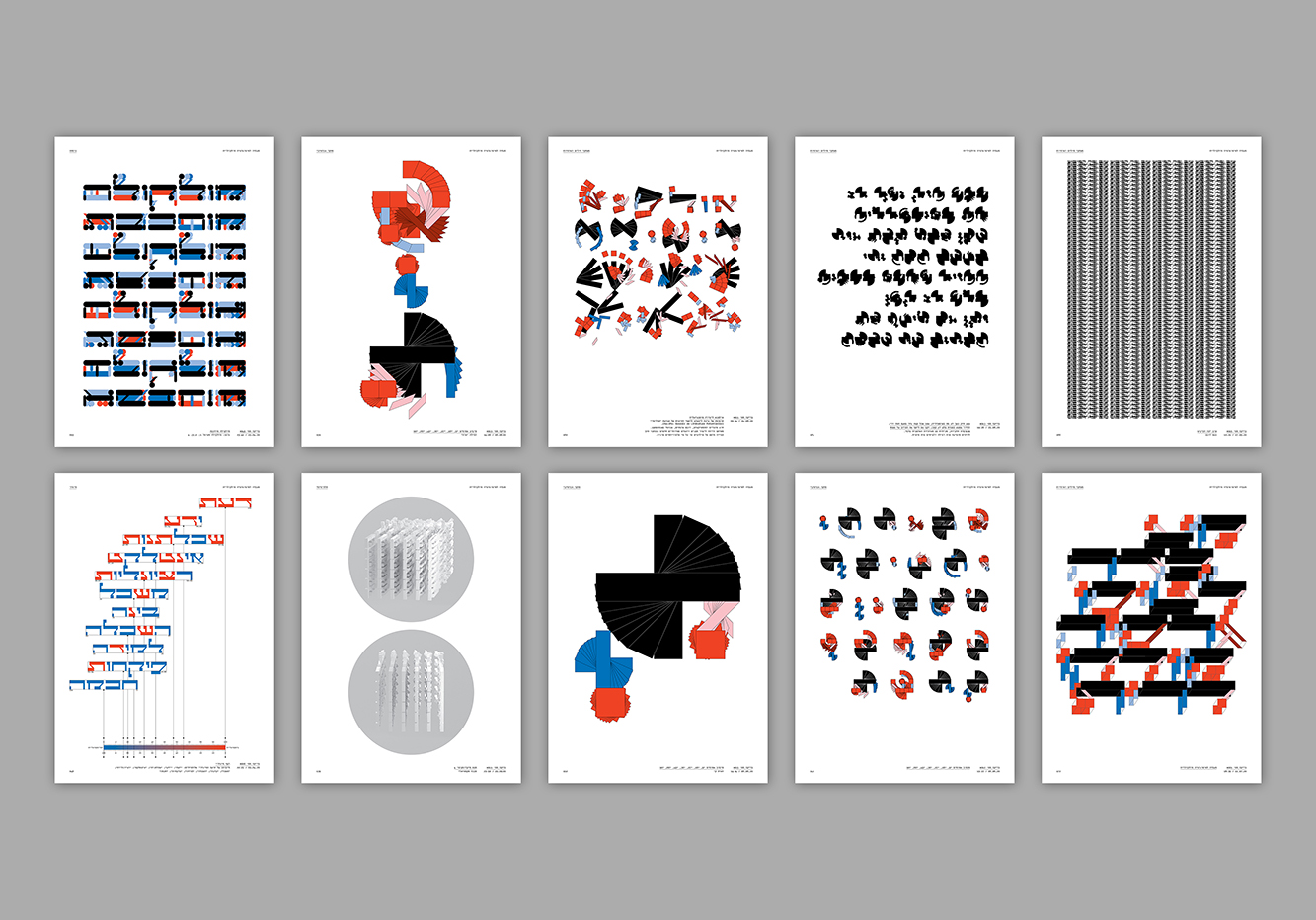 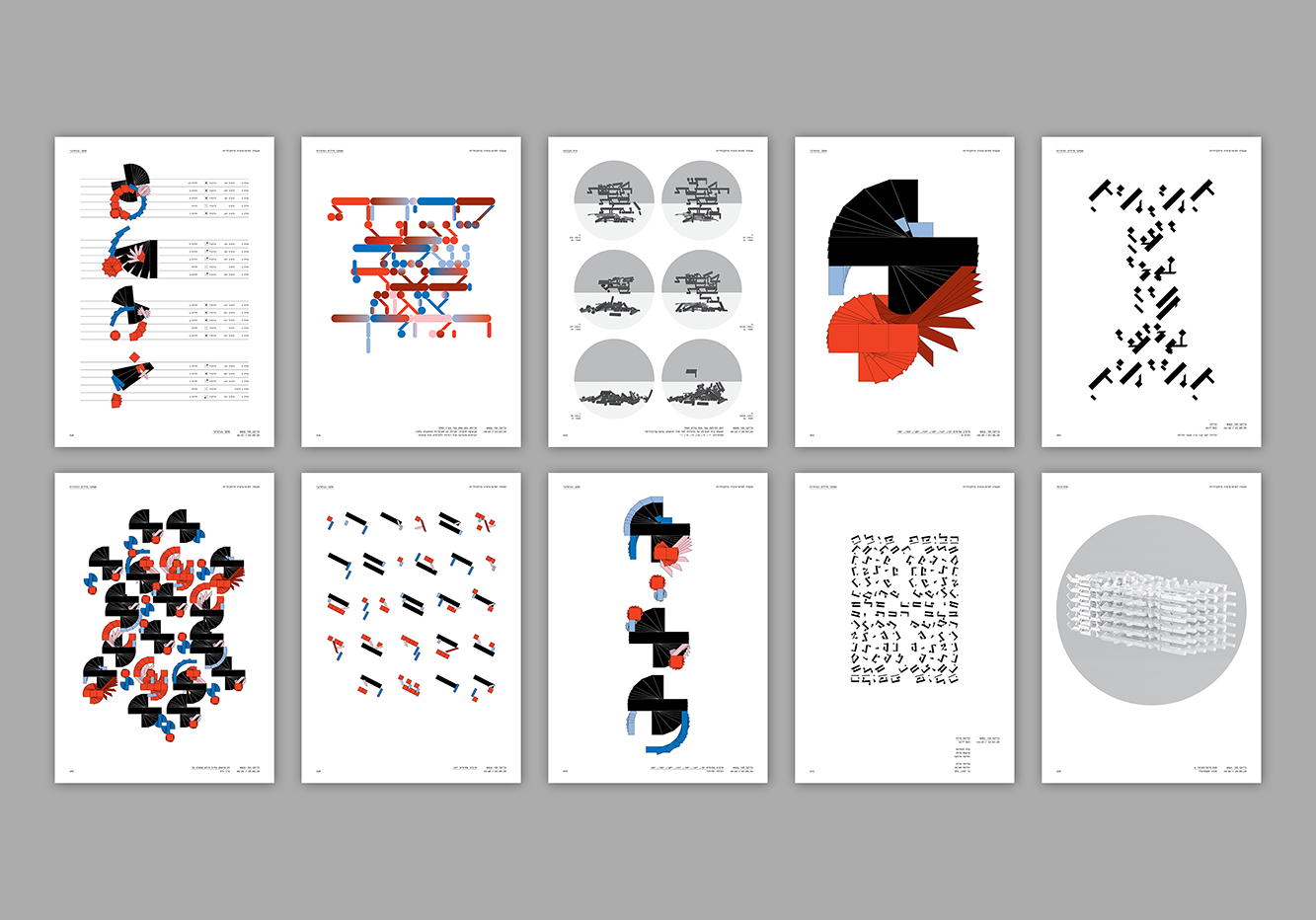 This series of posters is part of an experimental typographic research called ״Molecular Typography Laboratory״. The Laboratory examines the speculative premise that the characters of the Hebrew alphabet have a molecular structure. In particular, I wanted to see how this assertion affects the Hebrew alphabet, word, and language. The research examines the discipline through the parameters of function versus aesthetics, and content versus form. The posters illustrate some of the research conclusions.

Each poster in the series addresses one aspect of a textual content with a visual manner. Several tests were conducted in which linguistic patterns, such as anagrams, palindromes, and pangrams, were used. These tests examined the formal, aesthetic, and symmetrical appearance of the characters and the words. According to the philosopher, Jacques Derrida, there is an etymological connection between the words "text" and "texture" – and "text" does indeed possess a weave-like materiality in the series.

The project is still in progress. I continue to produce more and more tests in this experimental typography laboratory I've established. I am in the process of typographic research using 3-D modeling, animation and even a combination of video and sound.