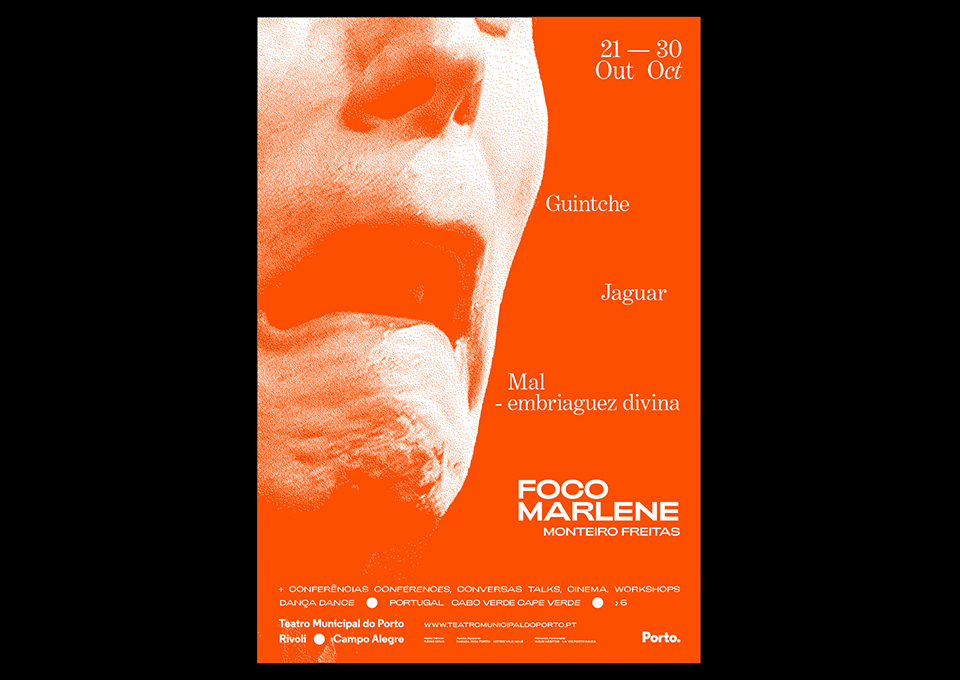 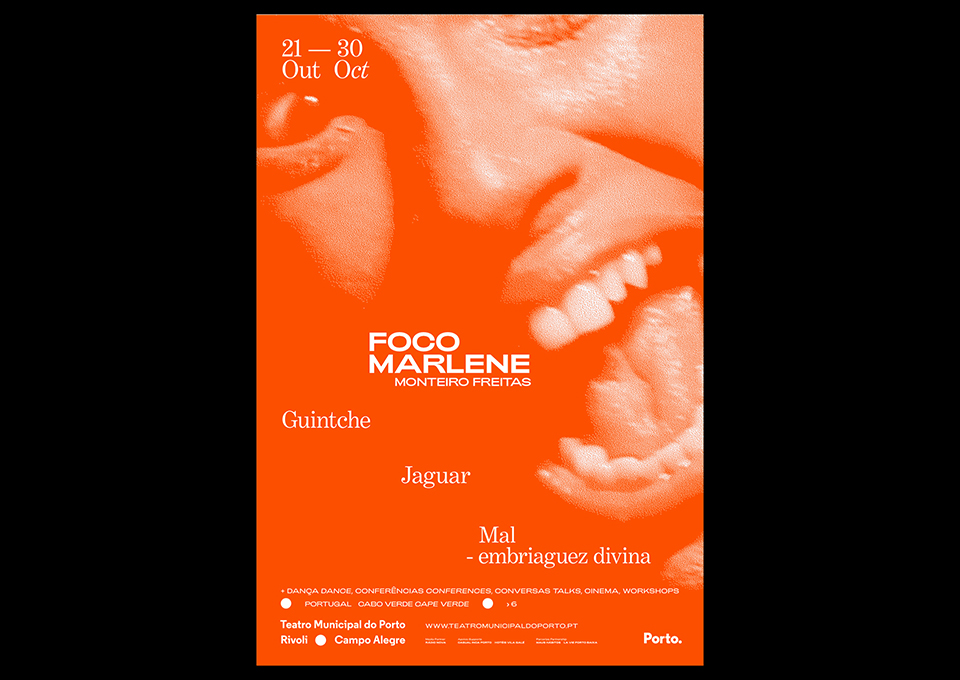 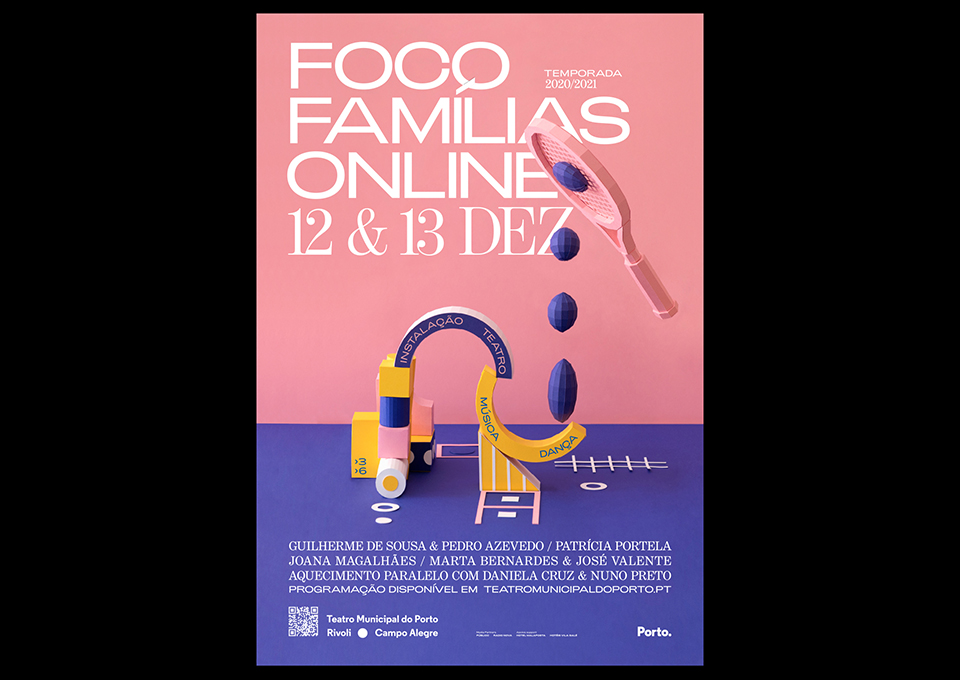 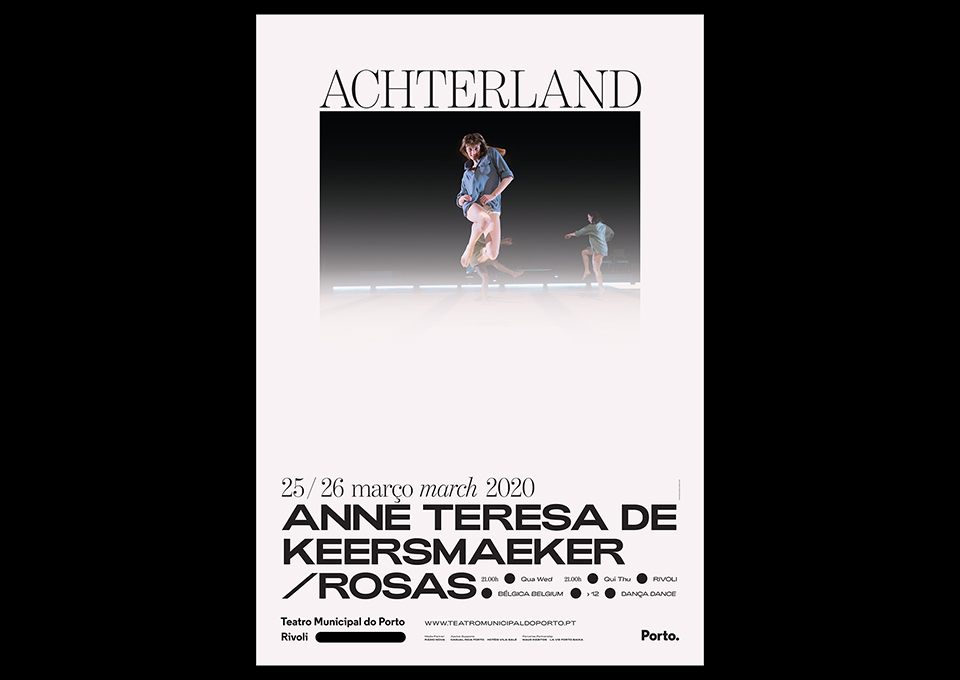 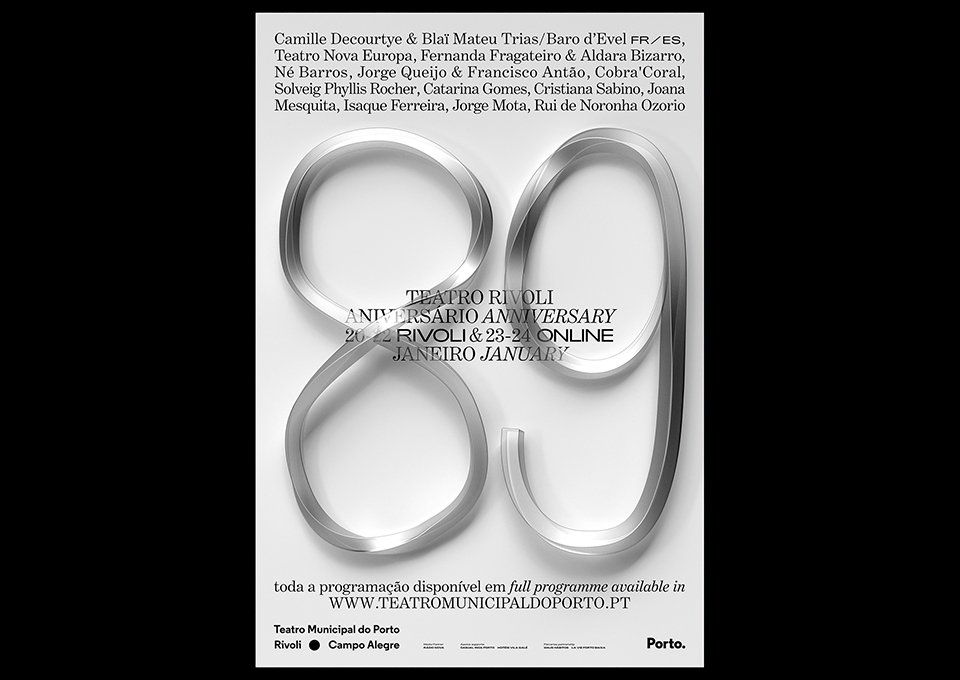 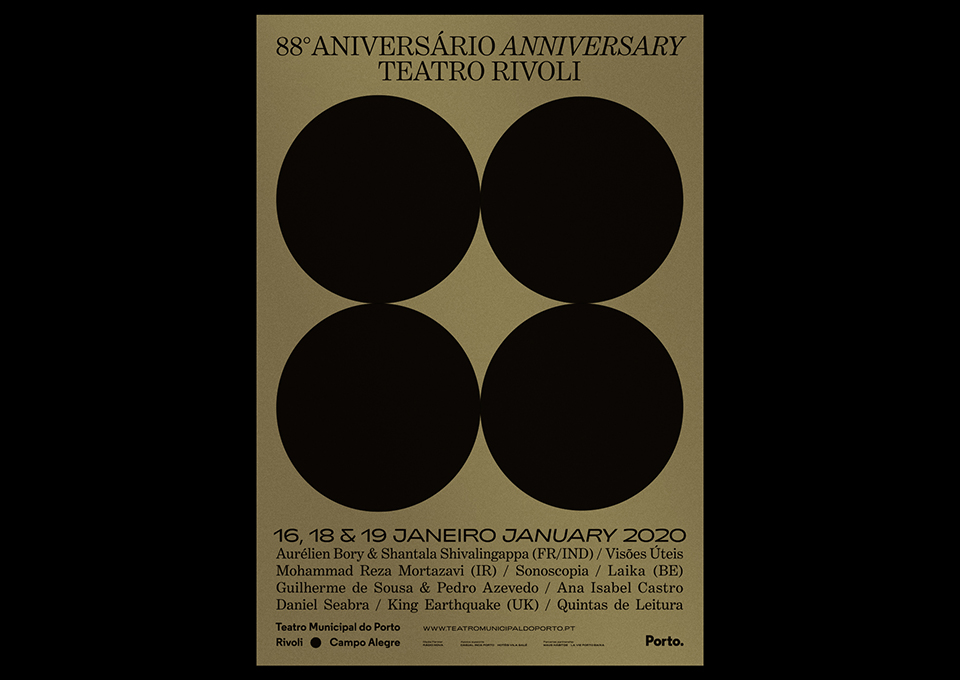 The development of the visual identity for PORTO MUNICIPAL THEATRE - RIVOLI unfolds in the many posters that communicate its programme in each season. Being a diverse programme, with different and segmented targets, the identity needs to adapt and allow for the different audiences to be addressed, as well as for the different natures of the shows to be efficiently communicated.

Each year we design a poster for the very special anniversary programme. In 2020, for the 88th birthday, a bold set of four black circles over a golden background rendered an almost abstract approach to the date, while at the same time expanding the theatre’ visual identity, where a dynamic dot draws a line between its two physical poles. This year, we rendered the 89 numerals into a fluid twisted shape, suggesting the extraordinary adaptative capacity of the theatre in adjusting to the difficult pandemic circumstances.
For Anne Teresa de Keersmaeker/Rosas’ Achterland, a simpler composition underlines the more conceptual approach of the choreographer.
In October 2020, Marlene Monteiro de Freitas showed Mal - Embriaguez Divina. In her own words, “Evil has long been personified by the Devil, also known as Antichrist, Satan, Leviathan, Lucifer, but also symbolised by the Witch, Wizard, Woman, Animal, Hybrid, Mutant and so on. In time the nature of Evil and its personification, the Devil, developed into the ideas of social injustice, violence, disease and the like. (...) Our Mal takes place on a tribune, where a group in a form of a choir remains under the influence of haunting visions, toxic testimonies, bacterial impressions, rotten facts.” With this in mind, for the Foco Marlene programme we chose to work with the powerful images produced by strong and somewhat distorted facial expressions, a staple in Monteiro de Freitas’ work. We focused on the face, blowing it up to the point of decontextualization from the body, evoking the witch-woman-animal-hybrid-mutant over a bright orange that summons the physicality of raw energy.
Another special programme is Foco Famílias, dedicated to a wider audience and tailored for families. We worked from the papercraft constructions of Oupa Design, a Porto based atelier. The result is a playful, whimsical set of shapes and colours that adequately addresses its target audience.

Across all these different contexts, the aim is to keep an identifiable visual language. The distinctive typography options create the underlying structure that welcomes the periodic changes.