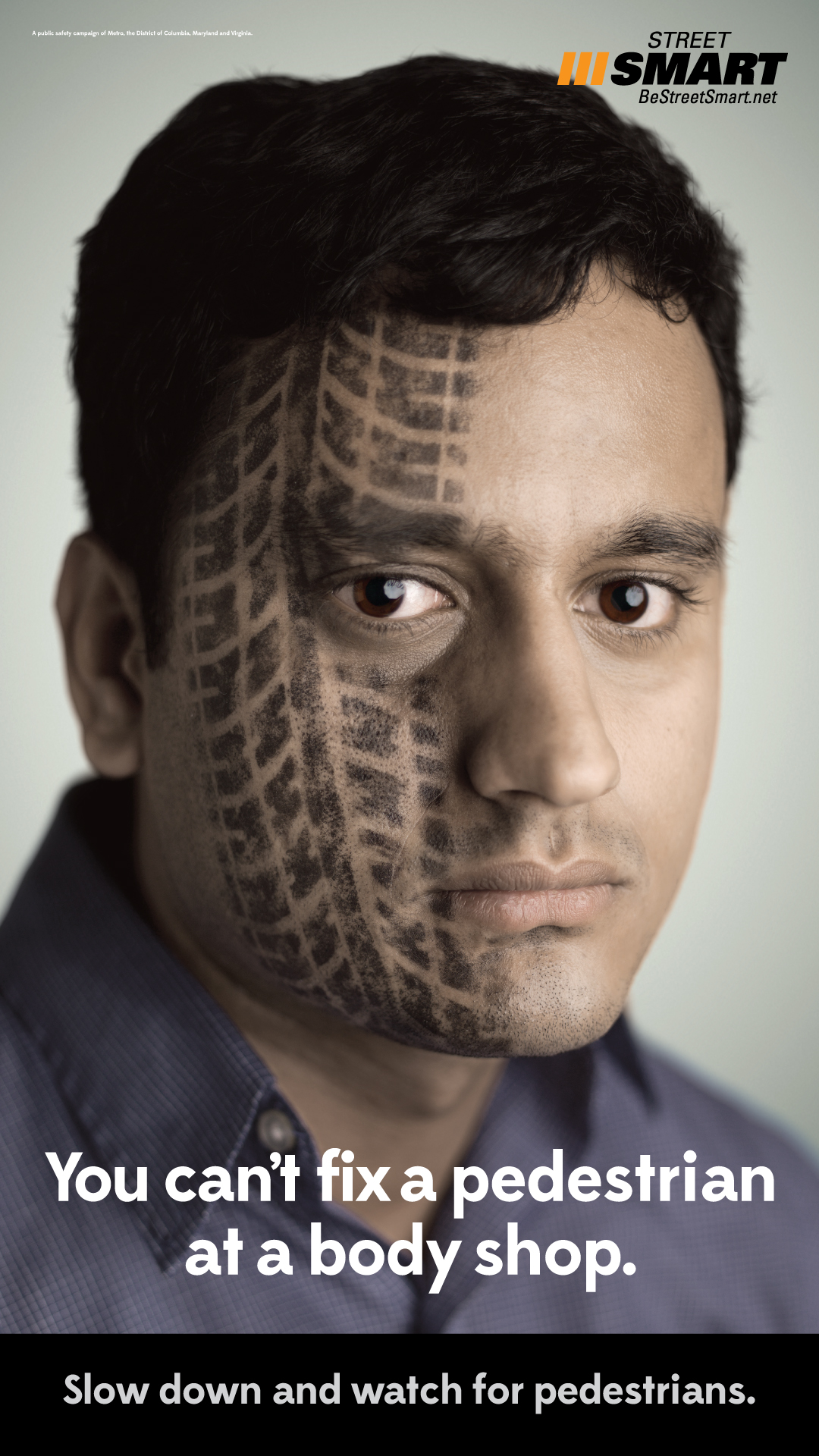 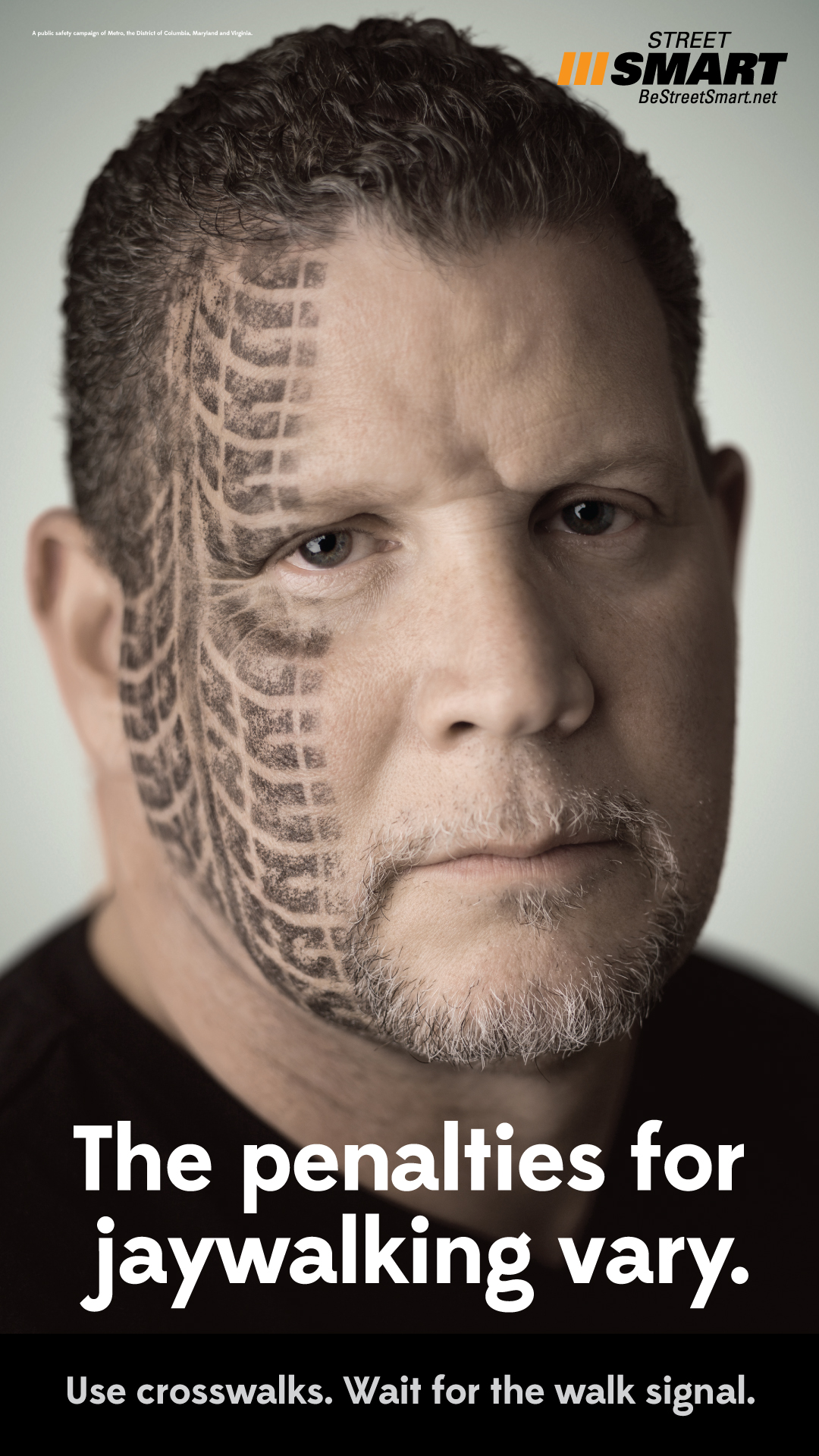 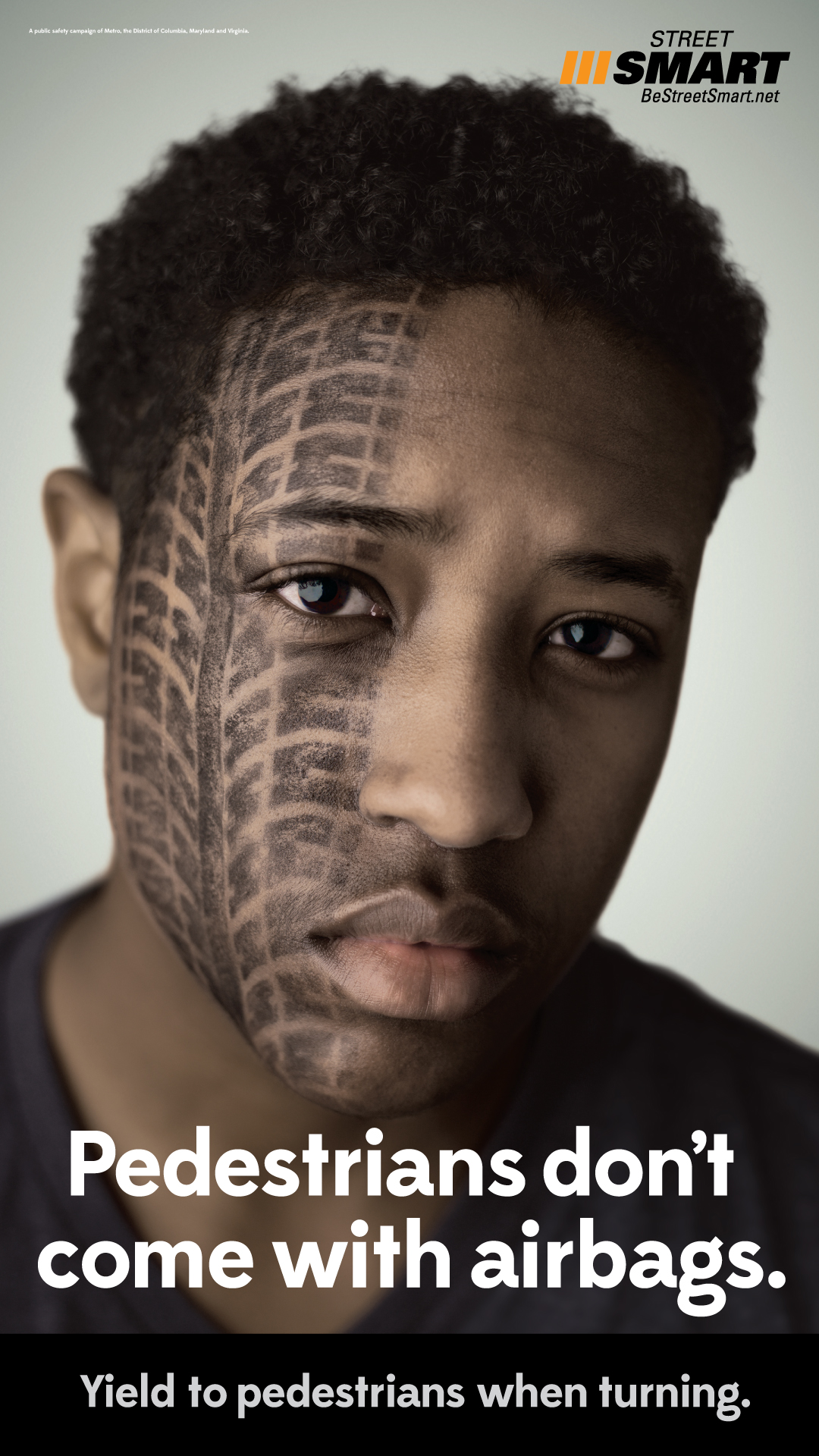 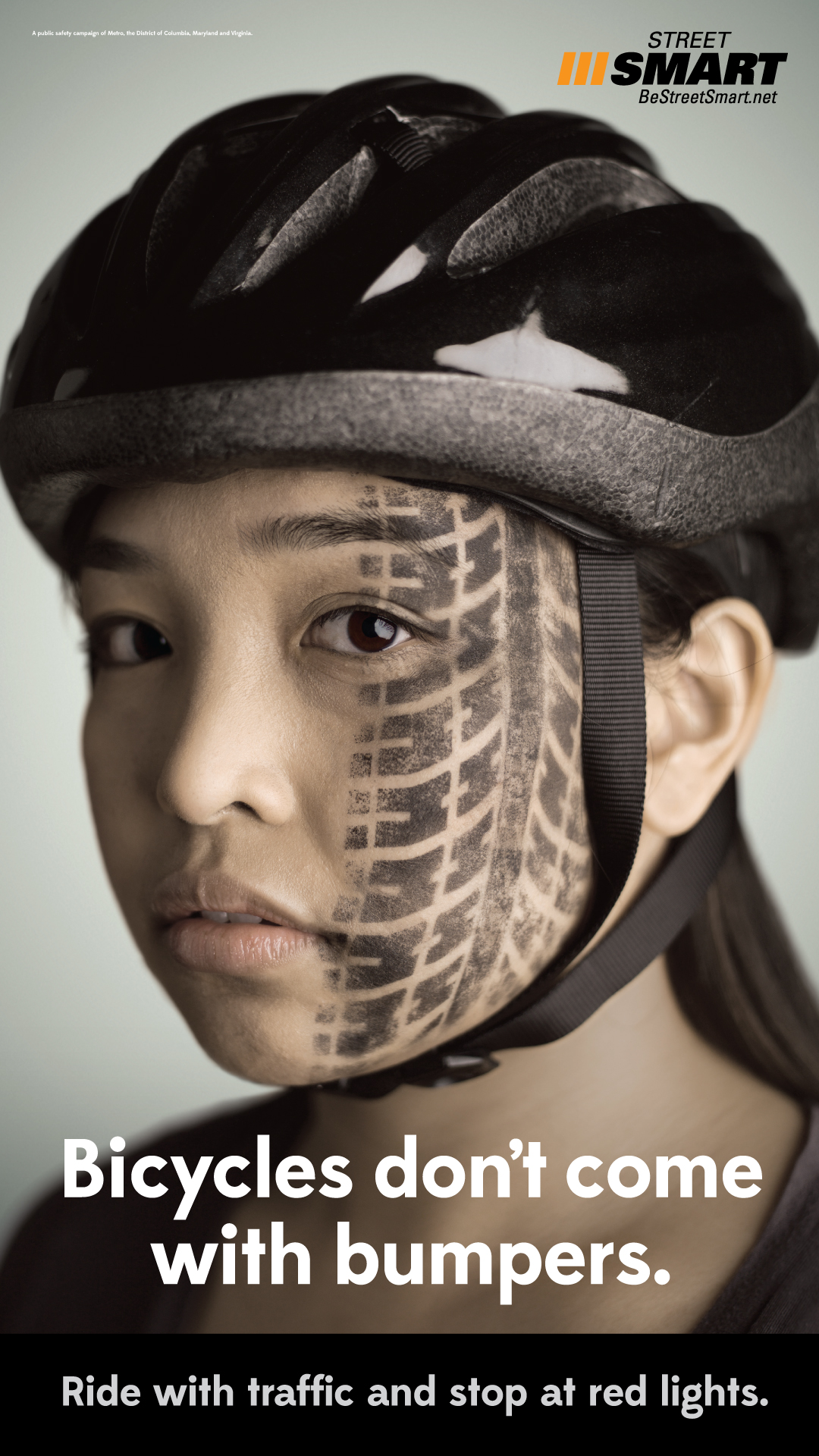 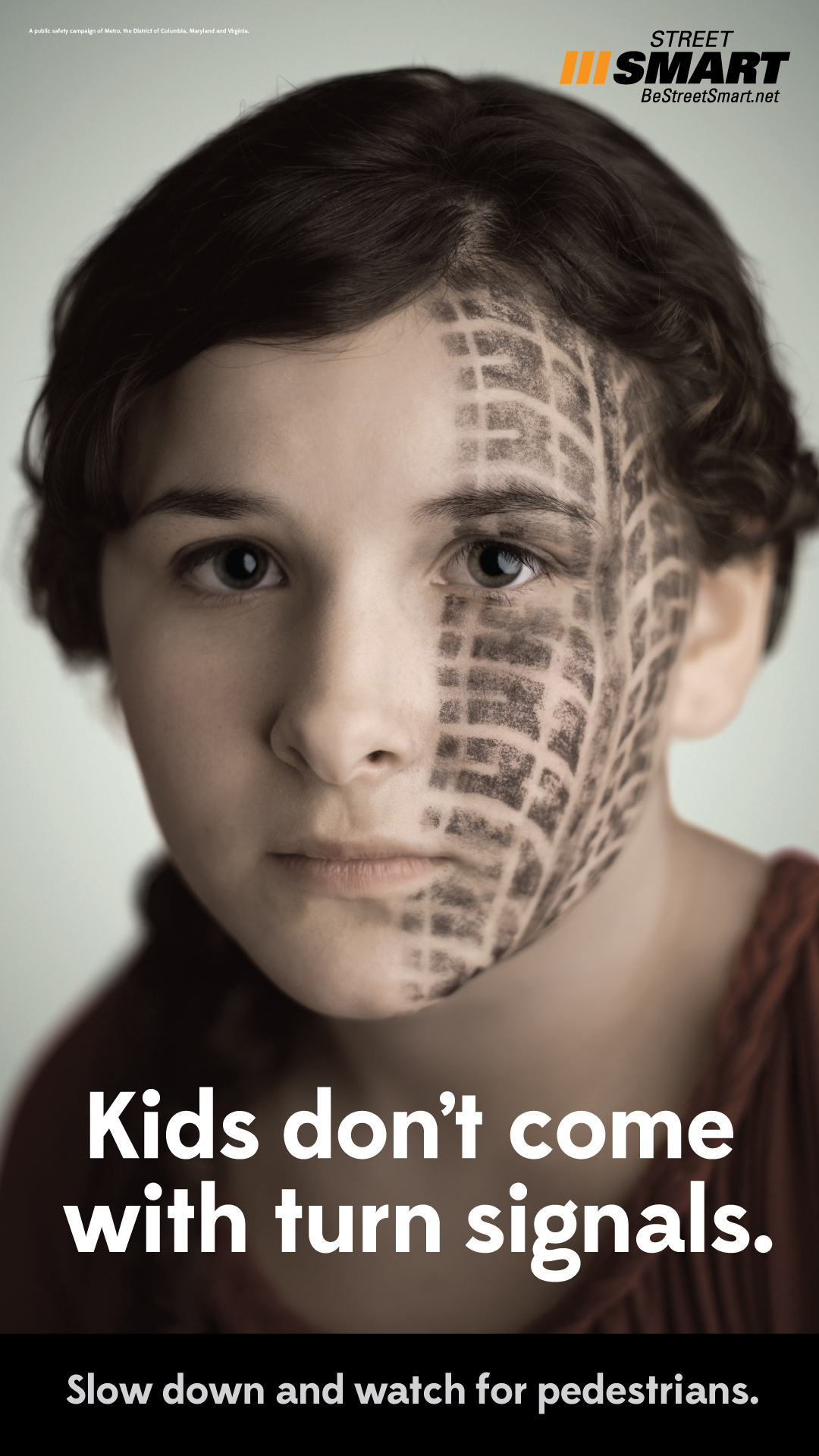 The goals of the Metropolitan Washington Council of Governments were to:

Pedestrian safety is a category traditionally filled with a lot of well-intentioned but highly forgettable messages. To break through we knew we needed a campaign that approached the idea of pedestrian safety more viscerally than other campaigns did.

Our creative emphasizes the vulnerability of the human body through arresting photography and punchy headlines. Individual executions remind drivers, pedestrians, and bicyclists to be alert, pay attention to each other, and obey traffic safety laws.

The principal medium was transit—both bus shelters and bus sides—as we wanted to talk to pedestrians and drivers while they were walking and driving.