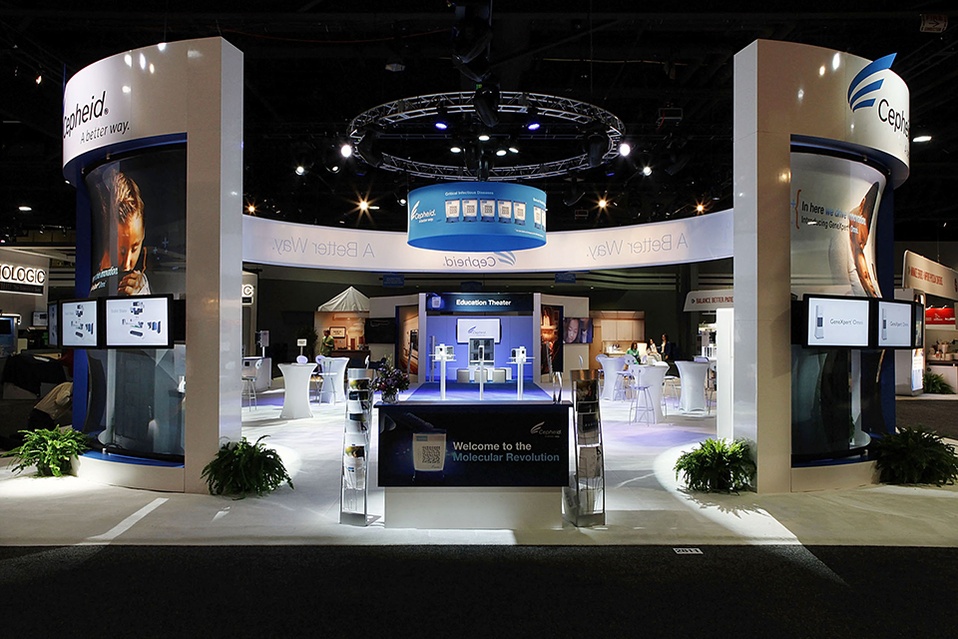 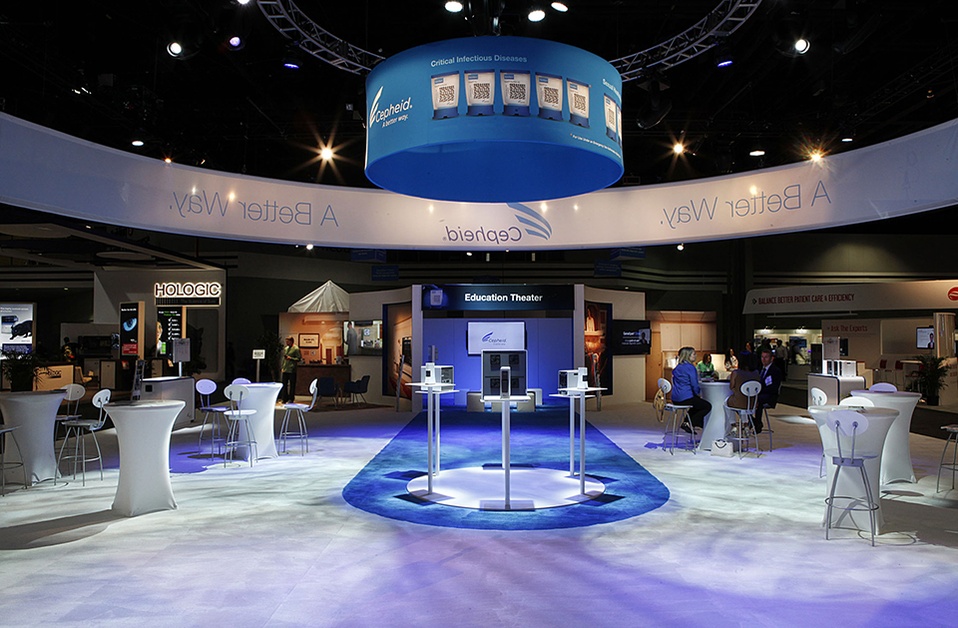 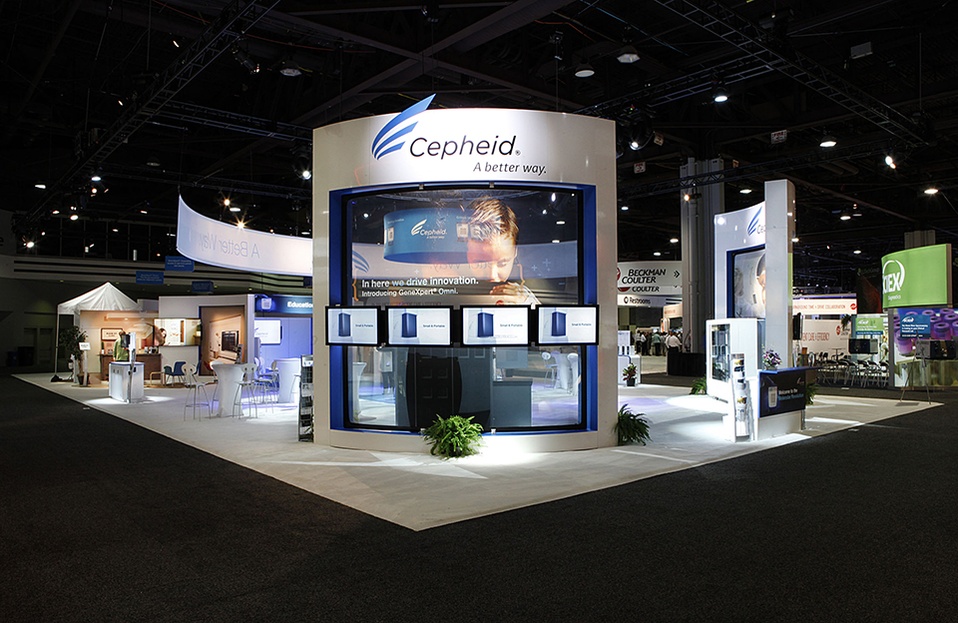 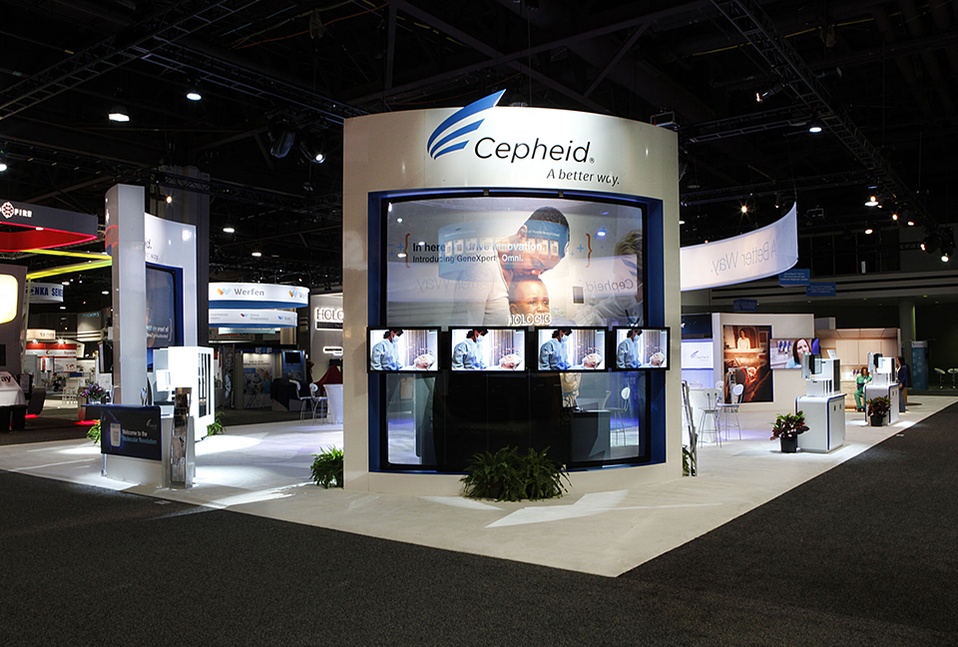 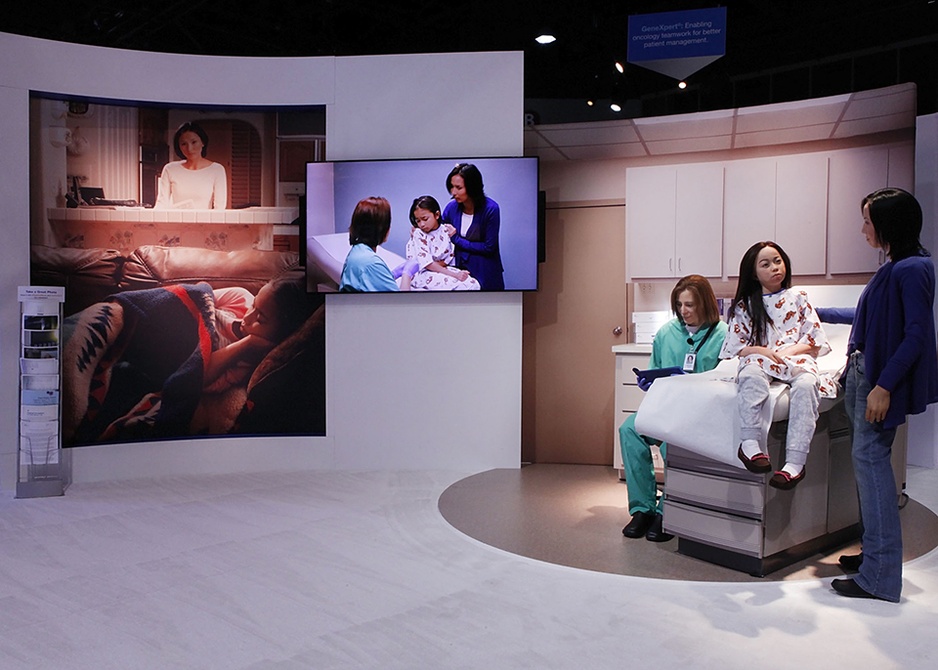 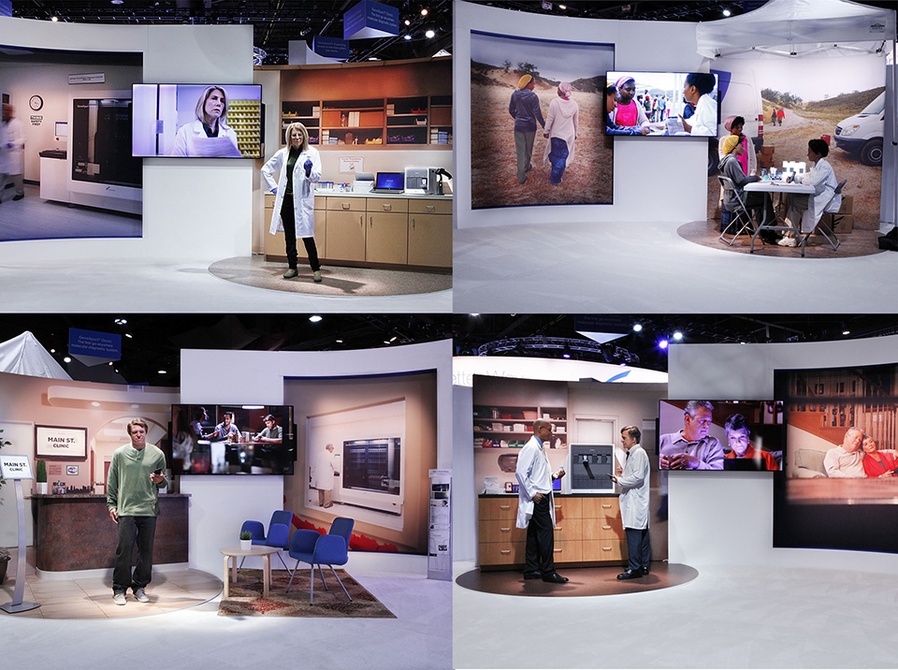 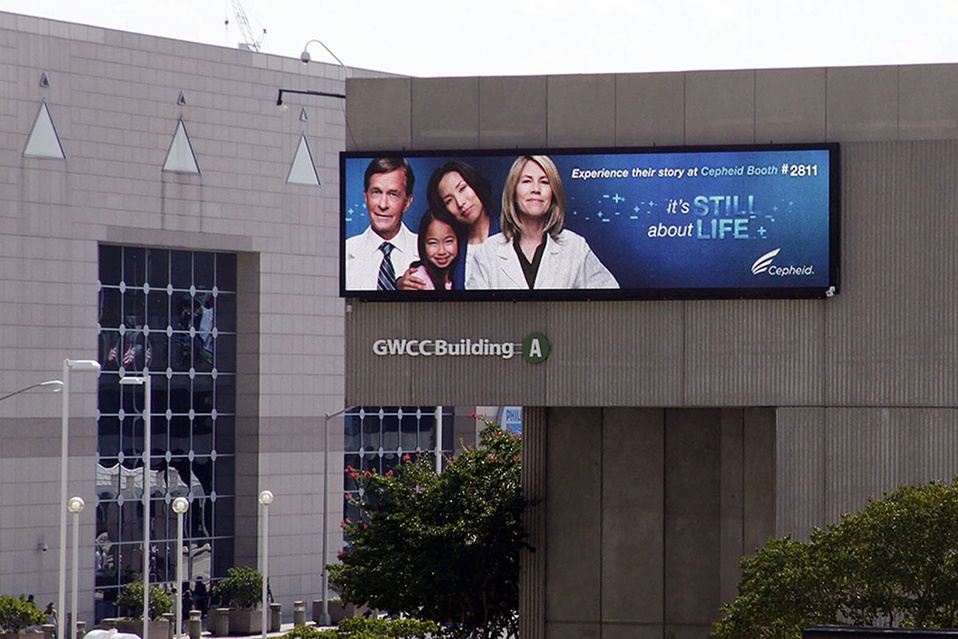 To develop an exhibit that would allow visitors to experience Cepheid solutions in a creative and compelling way that they could relate to.

The exhibit itself was broken into two primary areas, designed to support new product announcements while delivering the message in a creative, unique format. One area was a more traditional space, with product demos of current and new systems for show and tell, as well as space within the booth for one-to-one or group discussions.

The other half of the booth was broken up into six connected, but individual spaces. One was an educational theater that featured a looping program with new product videos as well as educational presentations highlighting data on savings and institutional improvements that Cepheid products have enabled.

The other five spaces introduced visitors to short stories/videos that demonstrated the impact Cepheid is having worldwide. Each story was grounded in real-world applications and in the exhibit, each of the videos was playing surrounded by a three dimensional diorama from the video. In addition, the main characters from each video were recreated as life size figures and placed in each scene.

The dioramas were able to instantly give the exhibit attendees a true sense of what Cepheid innovation is capable of. The combination of the videos, dioramas and life-size figures gave a energetic, human touch to an otherwise sterile and clinical industry. The exhibit created enormous interest and traffic through it was very heavy. Visitors not only engaged the sales force about the products and systems depicted but also wanted to have their photo taken as they stood next to the figures in the dioramas!