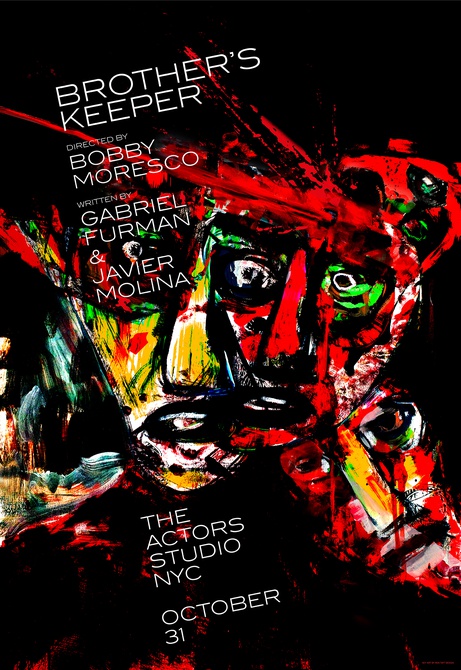 The play is about two brothers where a drug deal went wrong and the younger brother, who merely tagged along, took a bullet to the head and subsequently lived in a mentally challenged state. The older brother, out of extreme remorse and guilt, cared for his brother the rest of his life, who had intermittent seizures and visions of their deceased mother when entering his ever-worseniing altered states.

We wanted to create key art in a style that would project the inseparable and tragic relationship and angst the brothers endured.

The dirctor and writers were very excited about how we captured the play's essence in a most abstract expressionistic way.