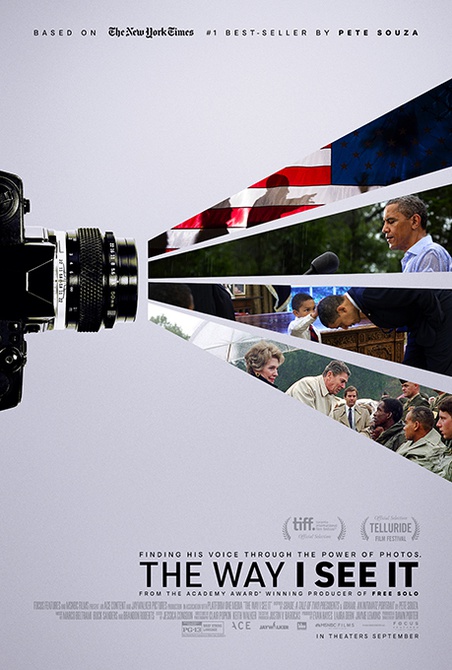 Using the the camera as a symbol of photojournalism, and showing the images of each president side-by-side, we were able to reflect the intentions of Souza and the filmmakers to focus on the humanity of the office and the photojournalistic journey to uncover the people behind the curtain.