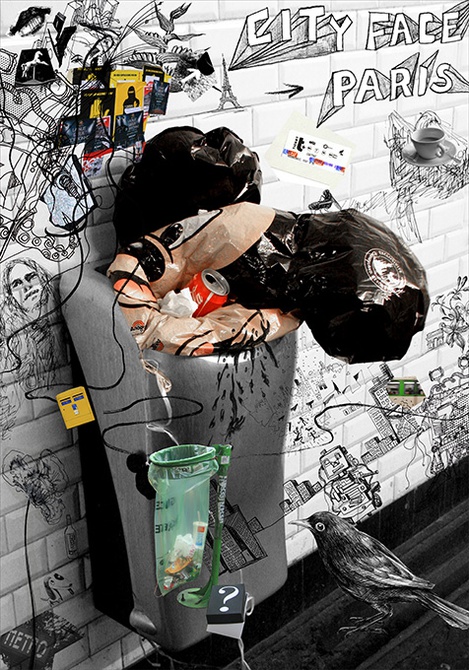 With your unique vision, design a poster themed "CITY FACE" for the city you know well.

A city's trash can represents a city's face to some extent. After years of living in Paris, I know that there are many other elements in Paris besides the Eiffel Tower and the Arch of Triumph. The photo in the poster was taken at the Paris metro station. Paris is a city full of contradiction, although Parisians exclaim loudly that they don't like or even resist American culture, just as Mickey Mouse balloon and Coca-Cola thrown into the trash, they cannot help going to Disneyland, drinking Coca Cola, eating McDonald's, smoking Marlboro and watching American movies…It's ironic that they claim they don't like American culture, but they do something related to it. This is exactly Paris, full of French style.

This Poster show a different Paris, reflecting an inconsistent mentality incisively and vividly with visual language.