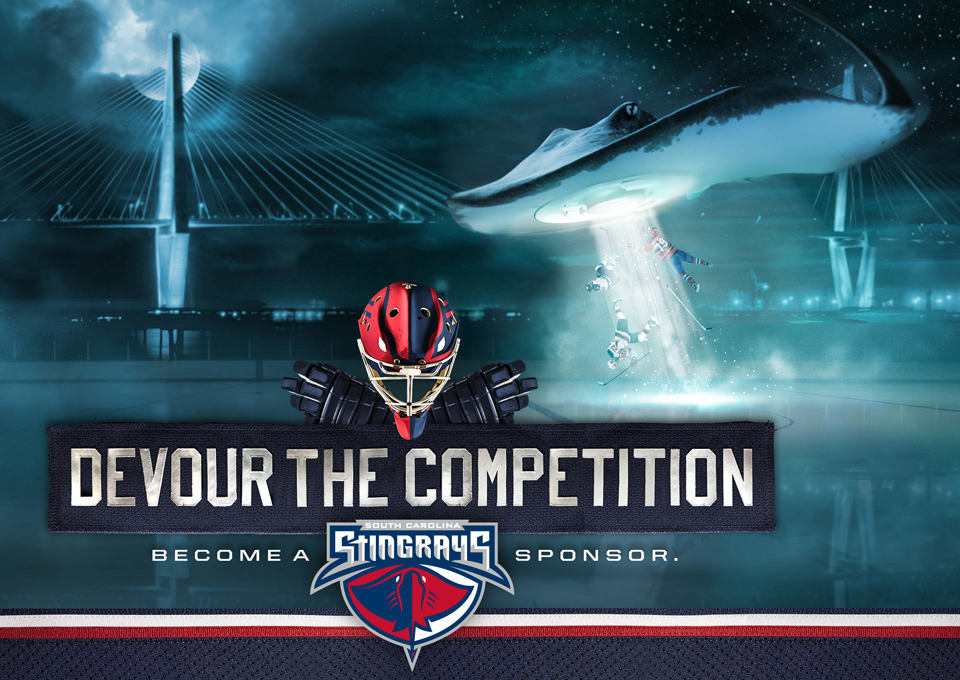 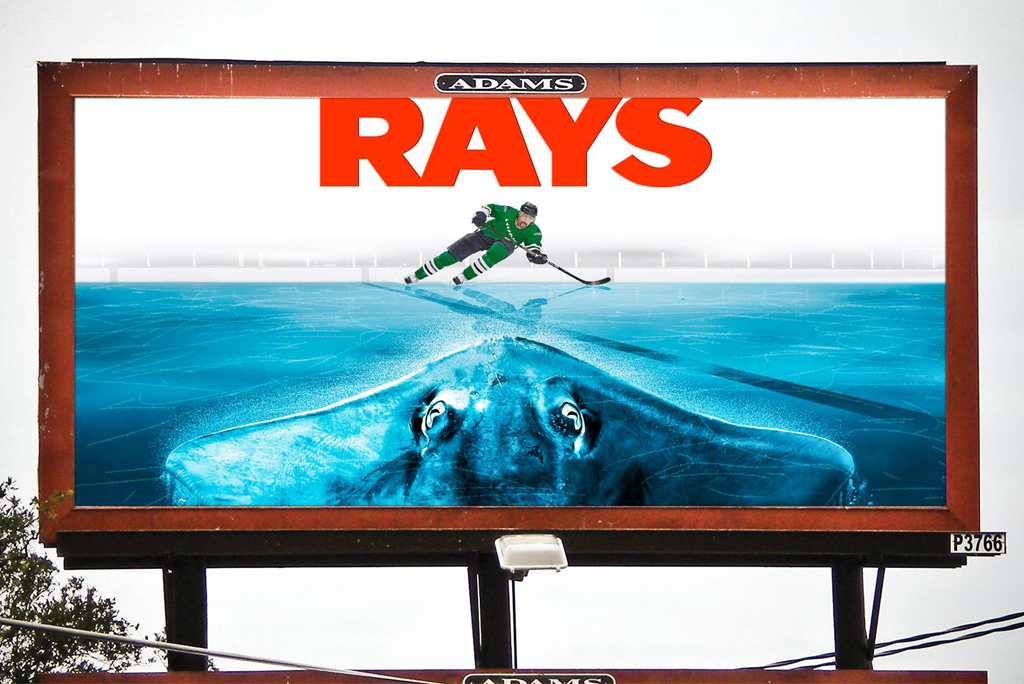 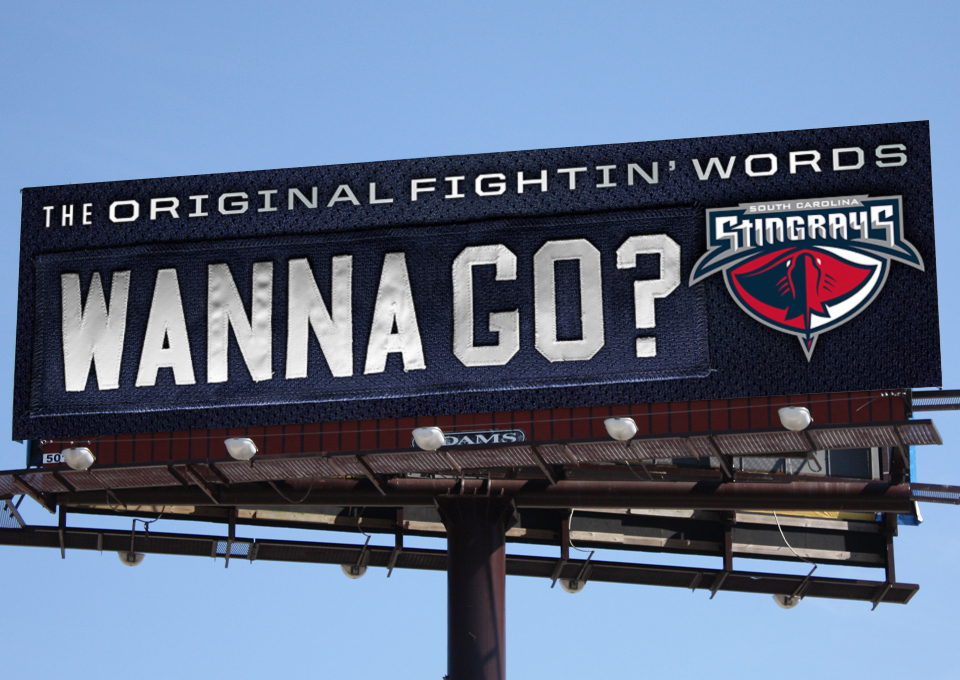 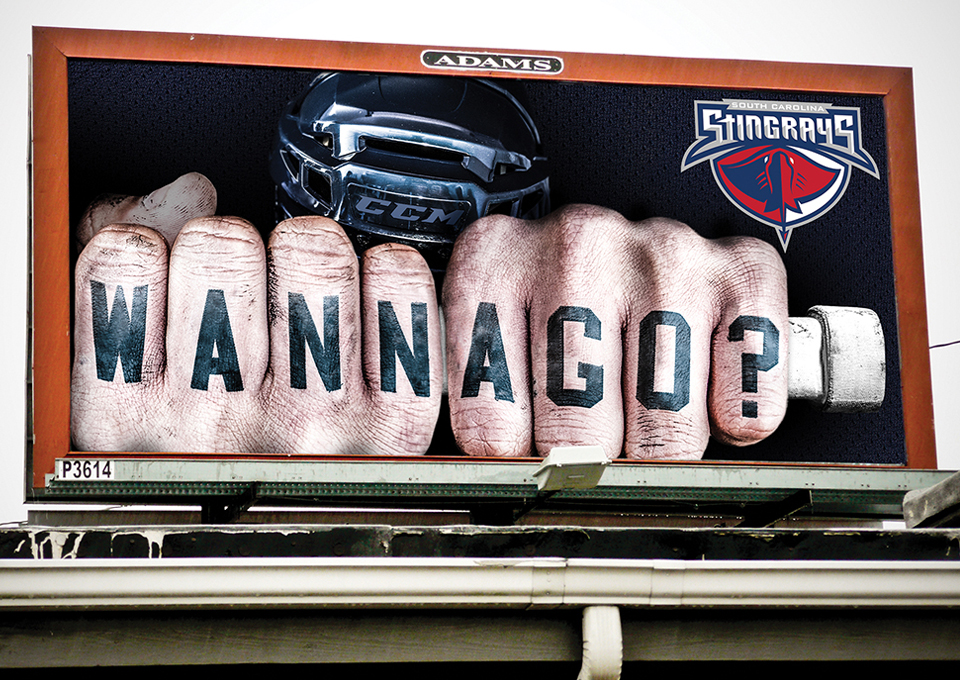 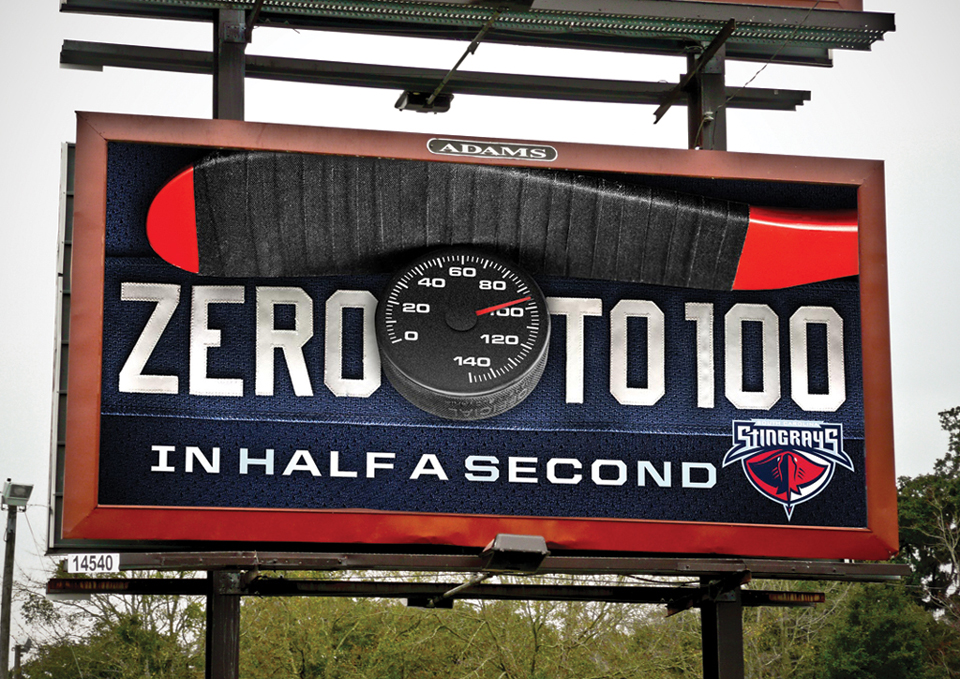 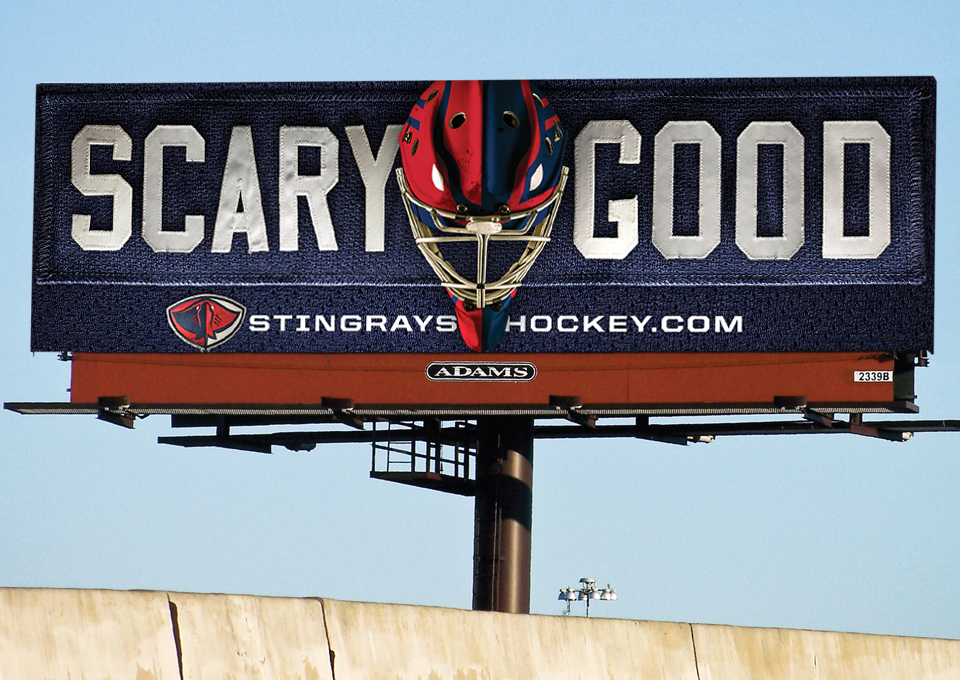 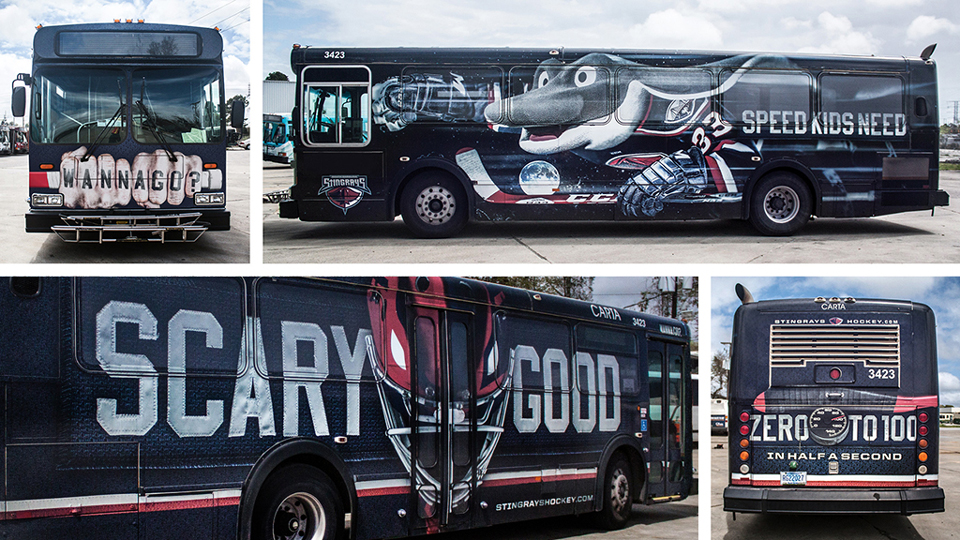 The South Carolina Stingrays tapped HOOK to help re-energized boost awareness of the team and re-energize their loyal fan base. Since the team is located in a city dominated by college football, we wanted to create a campaign that showed the physical toughness and skill involved in professional hockey. We started with a TV spot, using a mix of smoke machines, lasers and slow-motion to get people ready for a spectacle on ice. The tagline for the campaign - Wanna Go? - has a double meaning. For hockey fans, Wanna Go? signals the start of a fight. For hockey novices, Wanna Go? is an invitation to come see the team play. We laced the tagline throughout an outdoor campaign, which included a bus wrap. The outdoor creative included a mix of ideas targeting die-hard fans, new fans and families.
Here's a glimpse at a bit of the brand position.
Hockey is the toughest most intense game there is. The hardest game in the world to play. It's the only sport where you can't run out of bounds, you can't run away. Some guys are artists, dancers who need room to move, to shoot and score. They need protection too. So the game needs enforcers. Enforcers create space, and they protect the dancers. Among enforcers, there are rules–a code–and just before the battle begins, a couple things happen. First, there's a tug of the sweater. Then two words.

The Stingrays had a record-breaking season. Here's a few: