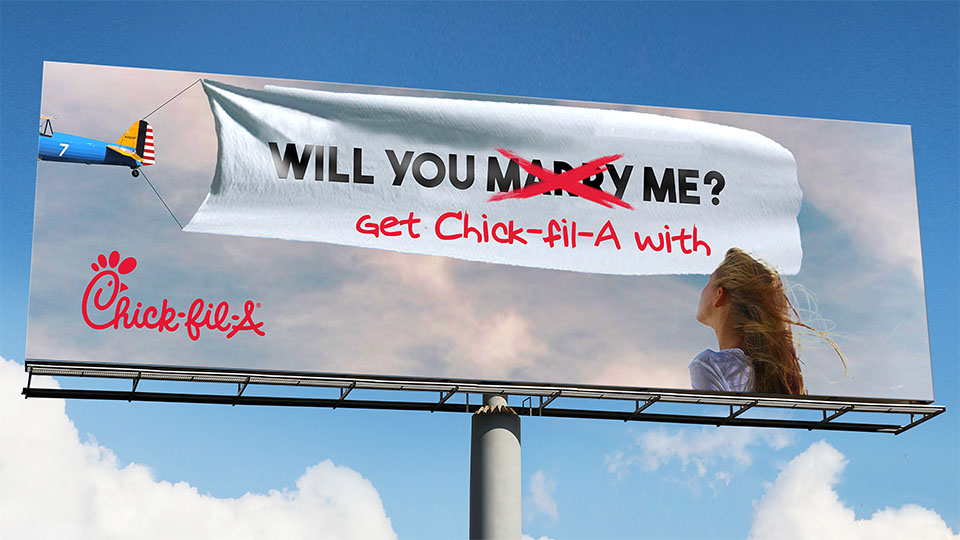 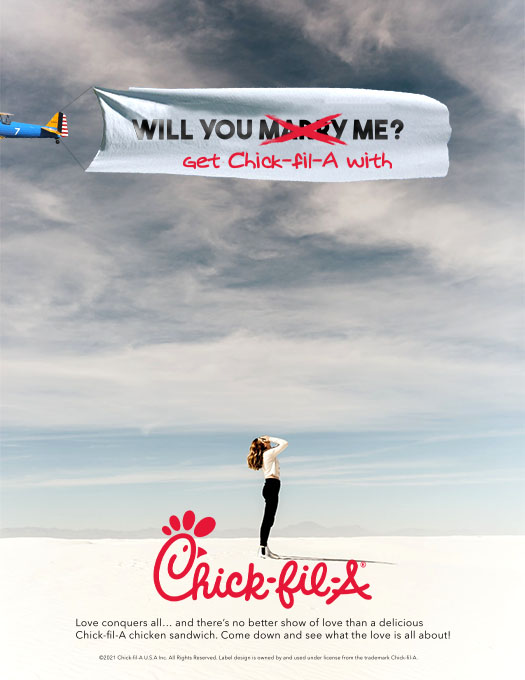 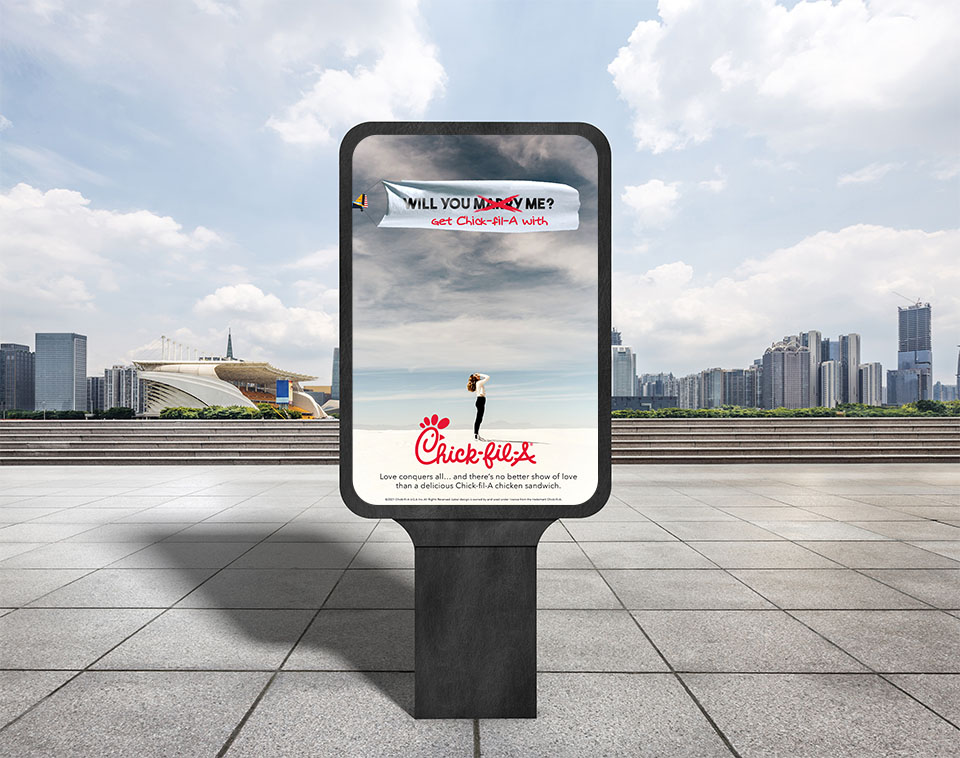 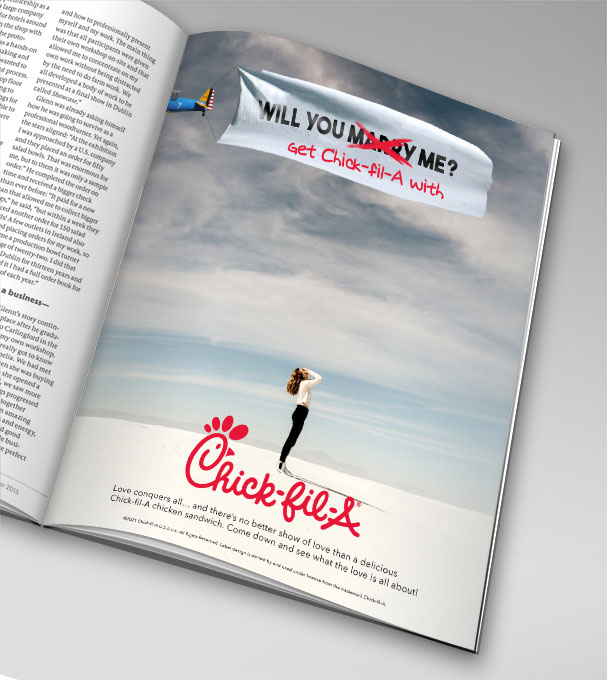 The project was to create an ad for a company that we love. I’ve always loved Chick-fil-a, so it seems like the perfect choice. The deliverables for the project were one print ad, a billboard, and a kiosk.

The idea of picking a brand that we love for our ads inspired me to pursue the concept of love as a basis for this ad. Chick-fil-A as a brand has a strong sense of family-friendly humor and love. This led me to pursue concepts that were both humorous and captured that same sense of care and love that Chick-fil-A embodies. The final concept that I arrived at was a plane flying overhead with a banner reading “Will you marry me?” with marry crossed out and “get Chick-fil-A with” written underneath so that it instead reads “Will you get Chick-fil-A with me?” towards the bottom of the page is a woman looking up bewildered at what she’s seeing. While this is plenty humorous on its own, the sense of love and its association with the brand is strengthened by the body copy underneath the logo which reads, “Love conquers all… and there’s no better show of love than a delicious Chick-fil-A chicken sandwich.” For the billboard, the design was simplified by removing the body copy in order to maximize legibility on the highway. Additionally, due to the short height of the billboard, the woman was swapped for a close-up of the head of a woman looking up at the banner for a different perspective more appropriate for the dimensions of the billboard.

The project was successful both with my peers and professor, both of whom found the ad amusing and fitting for the brand's identity.