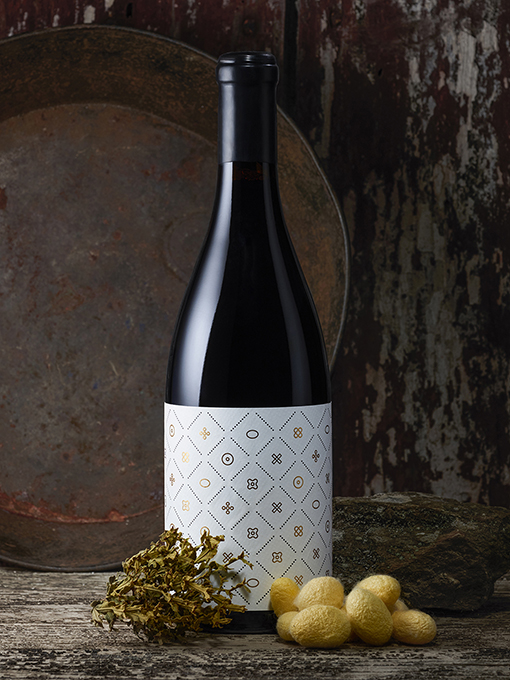 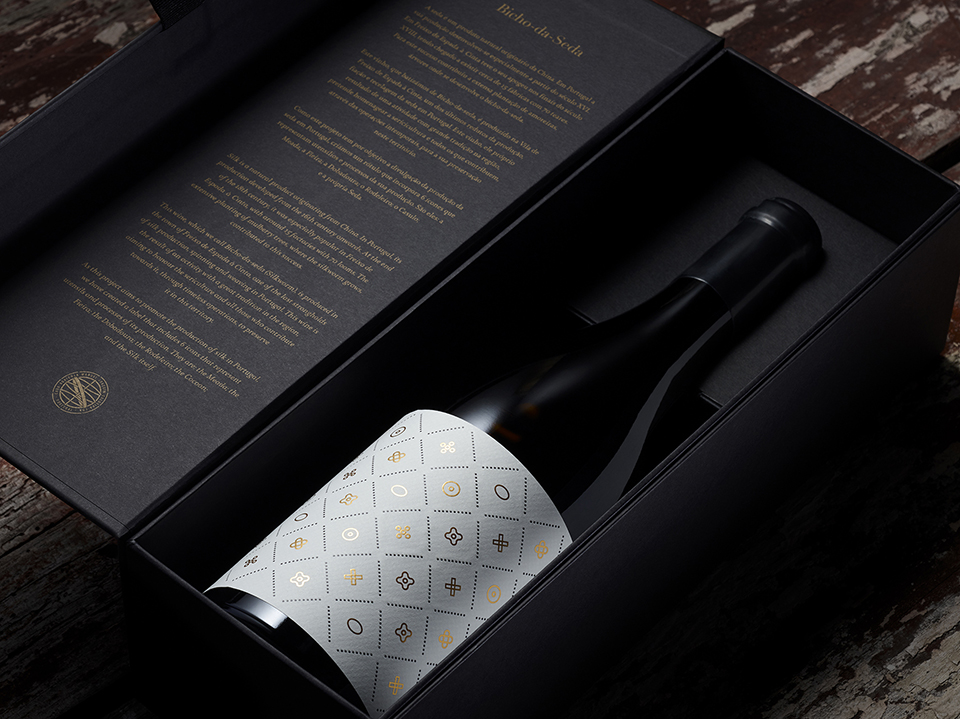 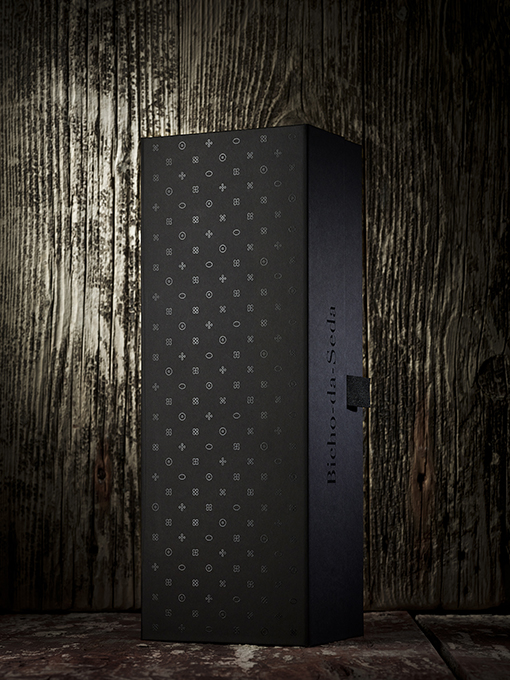 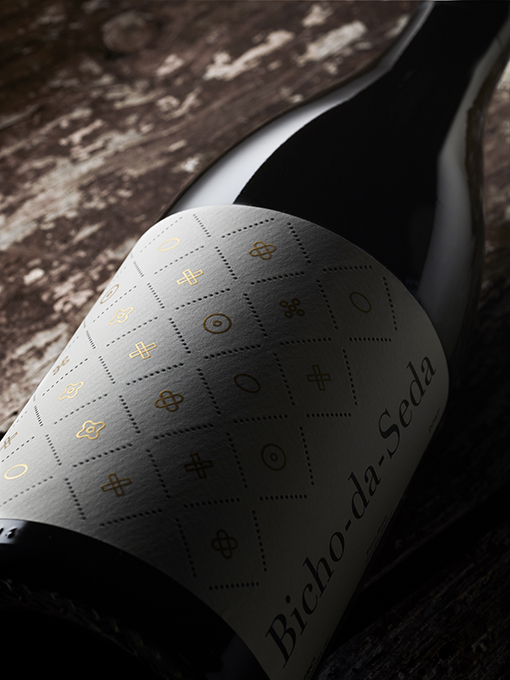 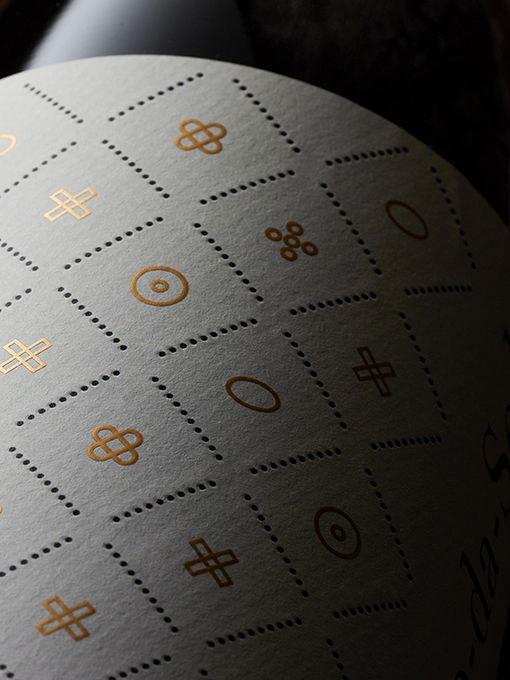 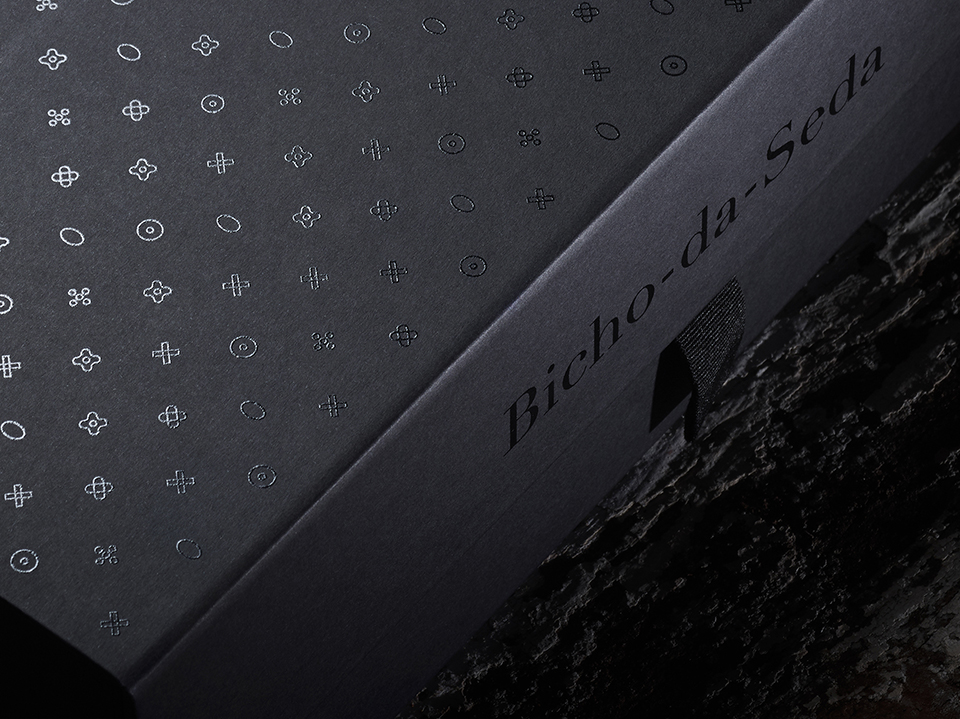 Create a distinctive label for a wine that is the result of an activity with great tradition in the region, with the aim of honoring sericulture and all those who contribute to it, through timeless operations, to preserve it in this territory.

Silk is a natural product originating from China. In Portugal, its production developed from the 16th century onwards. At the end of the 18th century, it was especially popular in Freixo de Espada à Cinta, with around 15 factories with 70 looms. The extensive planting of mulberry trees, where the silkworm grows, contributed to this success. This wine, which we call Bicho-da-seda (Silkworm), is produced in the town of Freixo de Espada à Cinta, one of the last strongholds of silk production, spinning and weaving in Portugal.

As this project aims to promote the production of silk in Portugal, we have created a label that includes 6 icons that represent utensils and processes of its production. They are: the Meada; the Fieira; the Dobadoura; the Rodeleiro; the Cocoon; and the silk itself.