The Family Man One Sheet 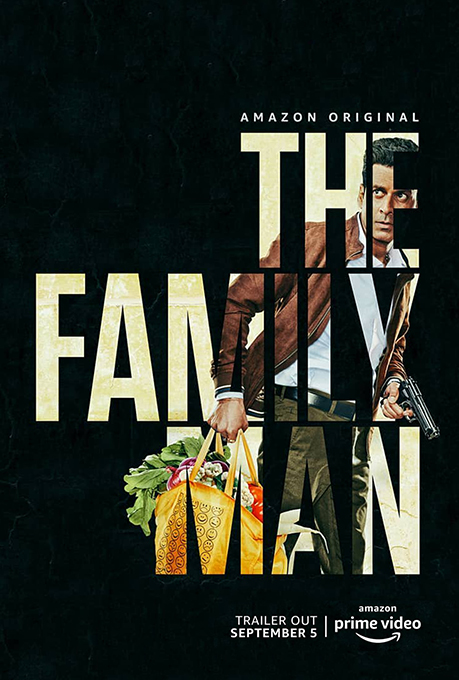 Title
The Family Man One Sheet

The Family Man is an edgy action-drama series, which tells the story of a middle-class man who works for a special cell of the National Investigation Agency. While he tries to protect the nation from terrorists, he also has to protect his family from the impact of his secretive, high-pressure, and low paying job.

For the debut of the Amazon Prime Video series The Family Man, the goal was to create a sense of action-adventure, while hinting at the humor in the series, and give the audience a sense of what the lead character was all about.

Because this was a new series, we wanted to feature the title in a bold way. We used the title treatment as a window, through which we revealed the main character, Srikant. In order to pay off the concept of "world class spy, middle class guy", we positioned a grocery bag in one hand, and a gun in the other, as Srikant strikes an action pose.

This key art anchored a large campaign which was featured in a massive out-of-home ad buy in Mumbai. The campaign created social media buzz, due to the striking graphic nature of the key art and the immense popularity of the lead actor, Manoj Bajpayee. The launch of The Family Man was one of the most watched premieres for an Indian original series on Amazon Prime Video.