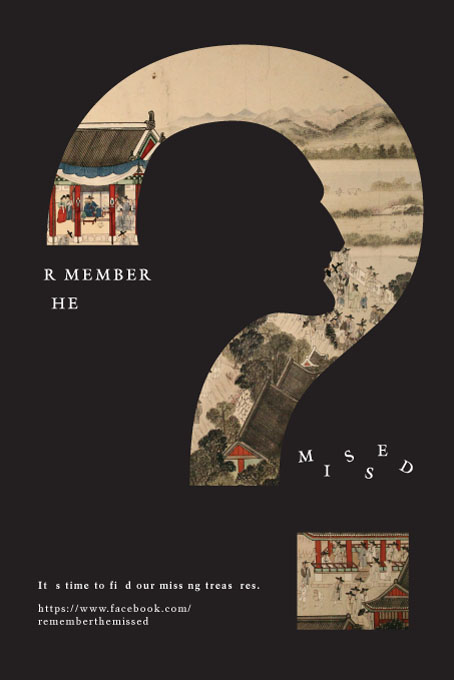 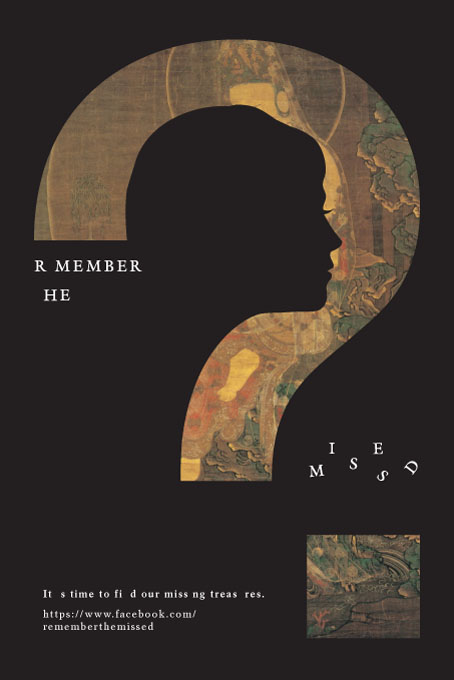 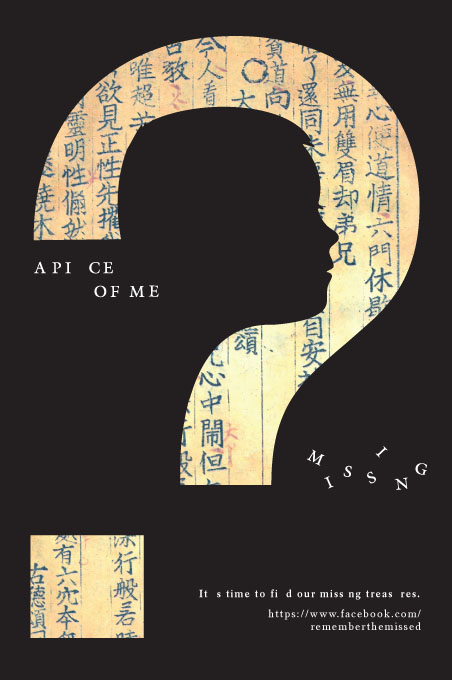 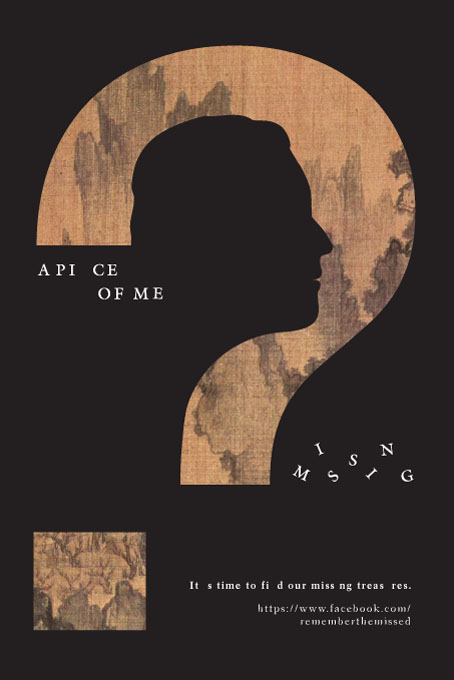 Remember The Missed is a campaign branding project that supports the returning of the lost Korean cultural heritages due to numerous wars and foreign intrusions. It advocates the importance of the returning of Korean cultural heritages back to their home country. This project also debuts the fundraising campaign to the public for the donation to support the repatriation of the missing Korean treasures around the world. This project aims to serve the general public to enhance the awareness of the issue. These are a series of posters to enhance the awareness of this international issue and the support of the public and cooperation of governments in countries around the world.

Remember The Missed is a campaign project that supports the returning of Korean cultural heritages. To serve you some backgraound of this project, Lots of Korean treasures are lost due to war that some of them have been lost for centuries. Most of them are missing and are currently unable to track down because they are taken by foreign soldiers and intruders in an illegal way and a majority of Korean treasures are taken by Japan during the Japanese colonial era. Many Koreans as well as non-koreans are not aware of this issue that a country’s cultural heritages are an invaluable asset for their people’s next generation. Also, Cultural heritages contain the spirituality of which people have developed their community and society and furthermore to sustain their country. As a young children, I also have this strong memory of experiencing the art of my mother culture which I got the opportynity to identify myself as a Korean. Since 1960s, Korea has achieved a tremendous industrial development. However, the cultural heritages have not been gotten much attention. I thought it is now a time for Korean people but also to the people around the world to pay attention to korea’s missing art pieces to retrieve a part of Korean culture. To support this message, Remember the missed debuts to claim the importance of the returning of Korean cultural heritages back to the home country. This project also debuts the fundraising campaign to the public for the donation to support the repatriation of the missing Korean treasures around the world. This project aims to serve the general public to enhance the awareness of the issue.

The final project consists of a series of posters,brochures
and product designs for fundraising campaign. These Posters are one of the final results.

To talk about my output, this is the first one I started working and finished the last. This series consist of total four posters as you see and these are designed to be displayed either as a series or as a separate piece. The objective of this poster is to enhance the awareness of missing treasures and draw attention to this campaign. Images that are used on these posters are from Korean missing treasures and the missing alphabets are implying of missing pieces to make people pay attention to the text. one of the significant features of these posters are the difference of the faces. These different faces from young to senior and from men to women convey the idea of the one’s importance of retrieving their cultural heritages to put together their identity.