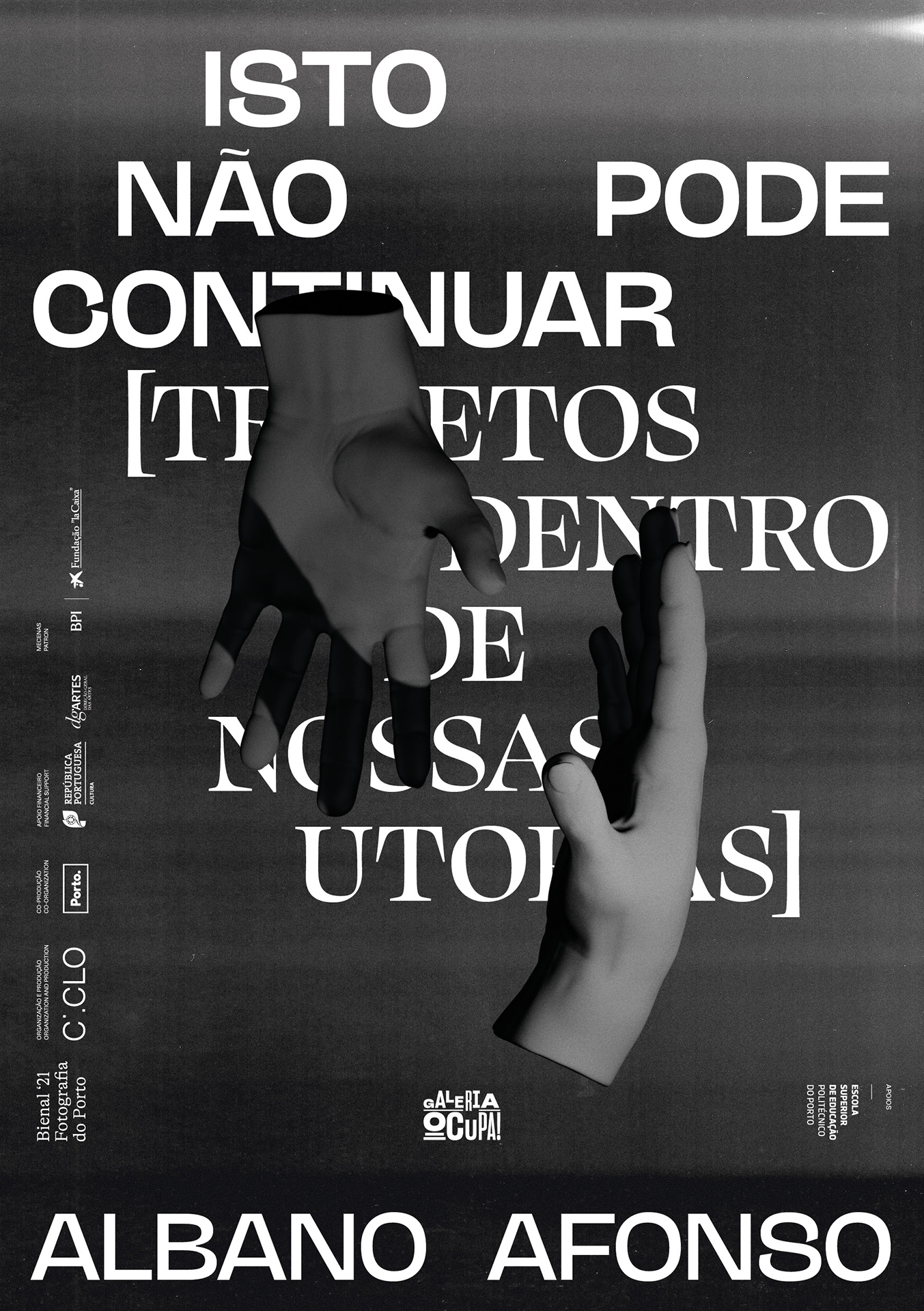 Part of Porto's Photography Biennal, this exhibit, by Albano Afonso, used light as a pictorial element, to create landscapes of light and shadow. The artist created installations and used several objects to obscure part of the projected themes. The light and movement alluded to the different paths [or routes] we walk, be it in the light or the dark. The exhibit intended to make the viewer focus on both the macro and the micro, the light and the dark, the landscape and the detail, challenging our perception.

Seeing as all of the installations, and the objects used in them, were so different, we decided to use an element that was common to all of them, but also invisible: the hands of the artist that created them. These elements refer back to the making of the pieces, but also to the idea of the route (making your own path), a concept that was central to this exhibit. This concept came to fruition as two 3D modelled hands, that rotate around themselves, projecting shadows, while also revealing and obscuring the title of the exhibit at the back. The typographic composition was built using a grid and two typefaces, creating a winding path.

The animated version of this poster can be seen using the ArtVive app.