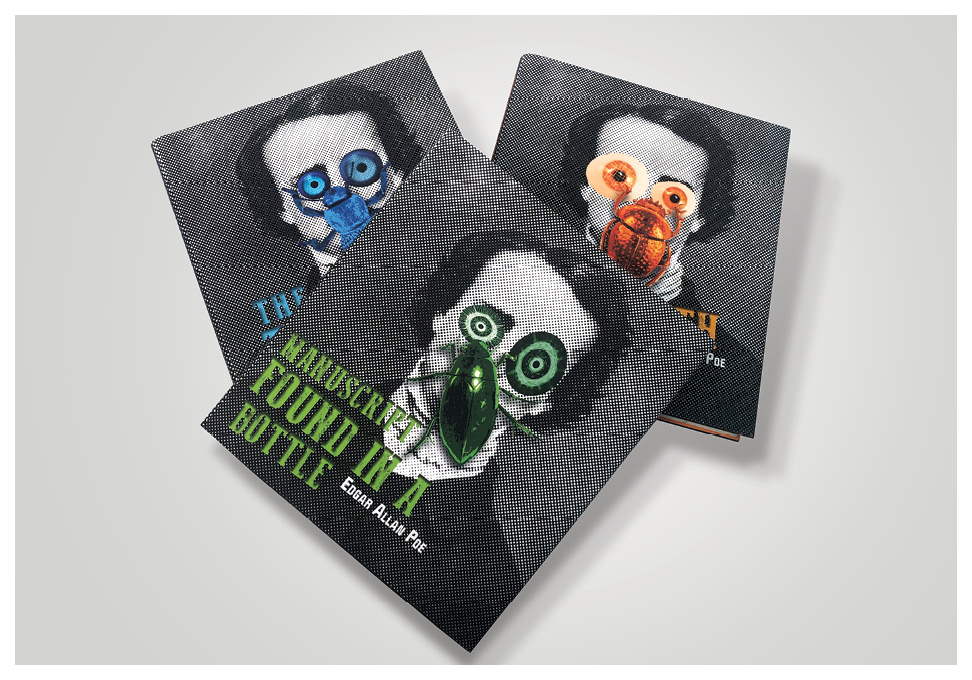 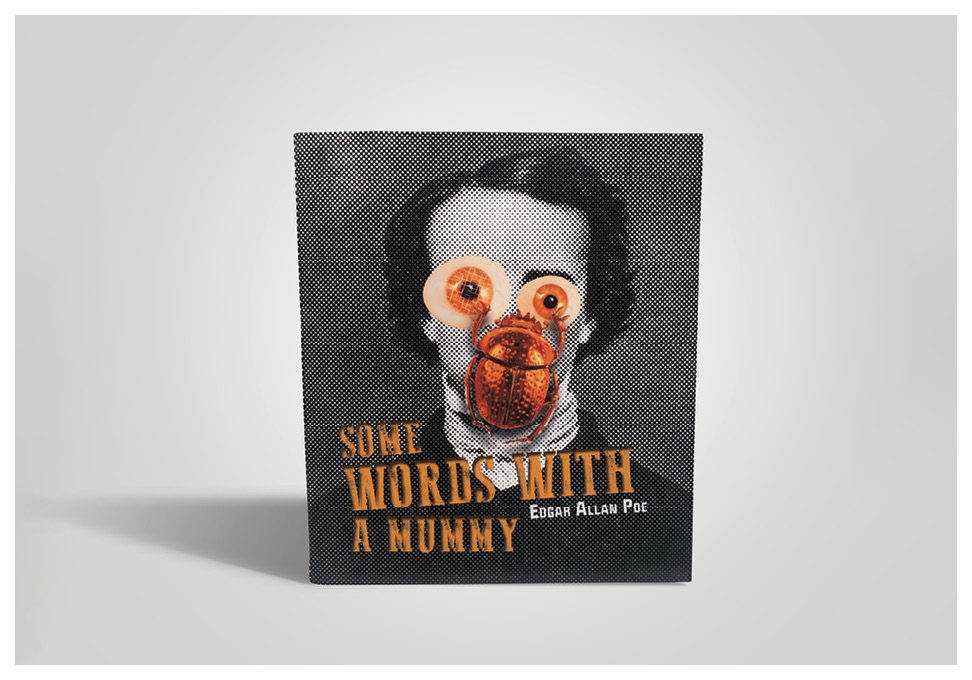 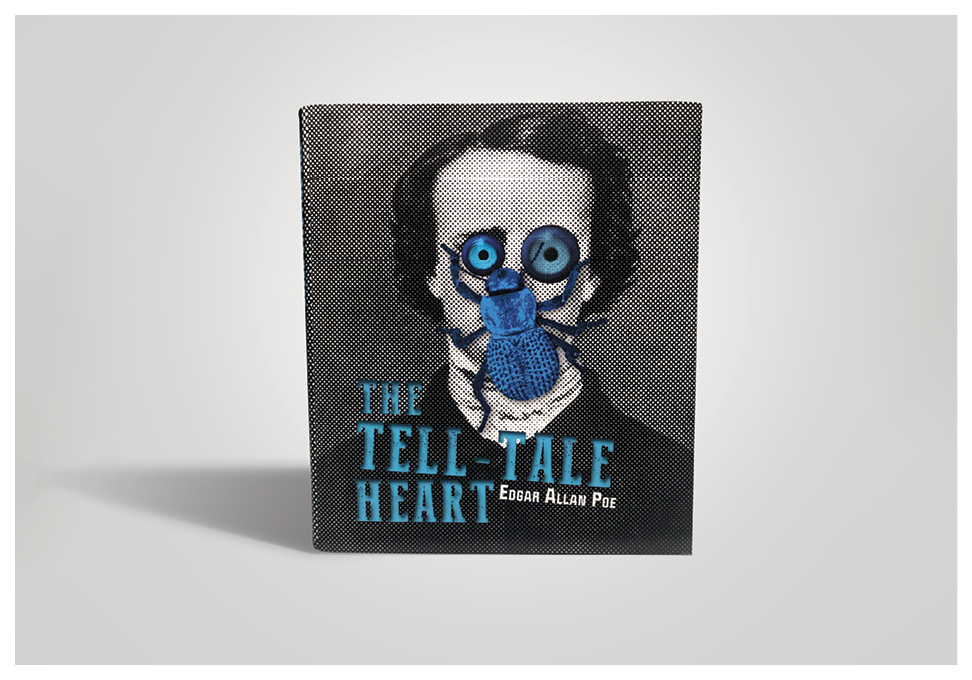 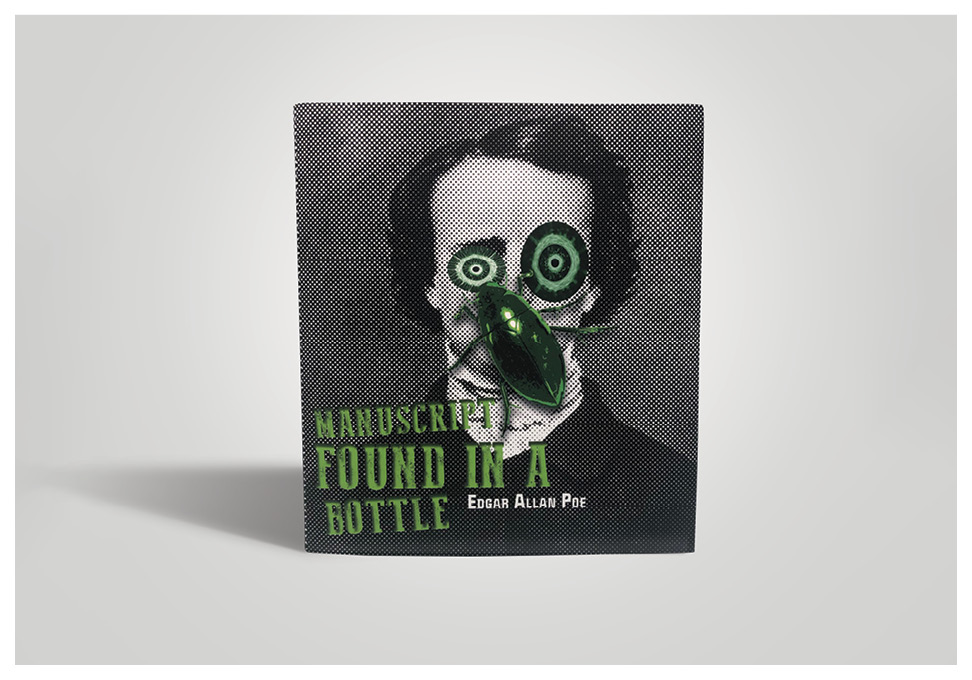 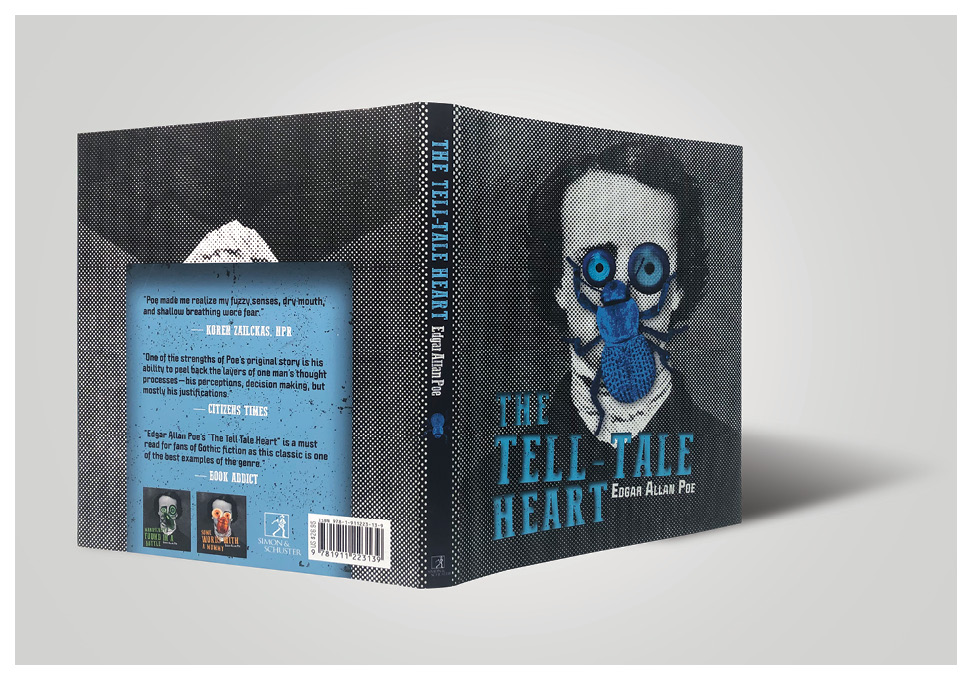 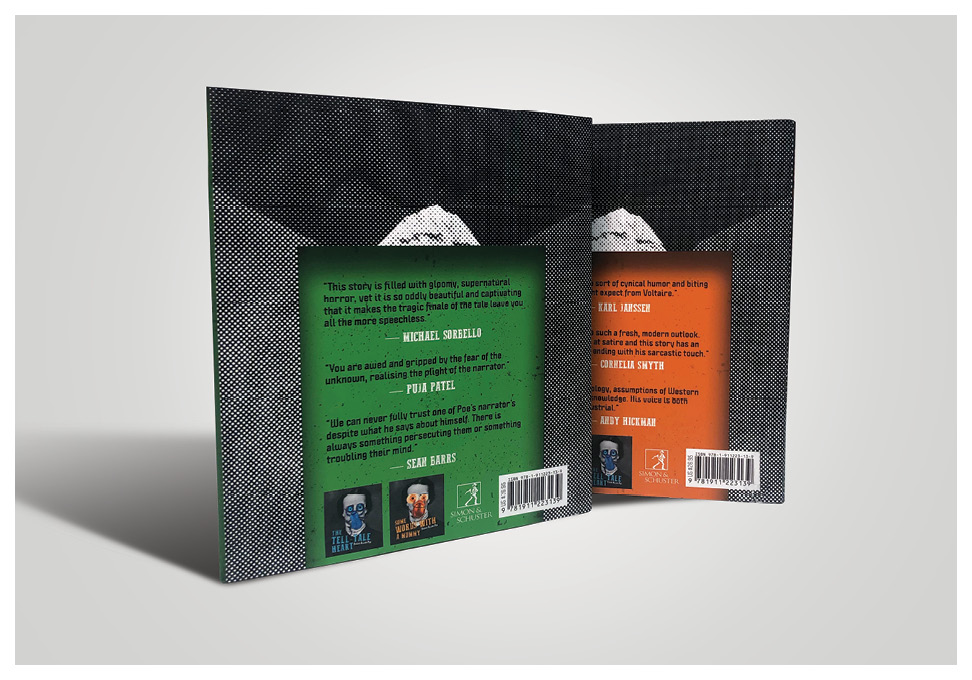 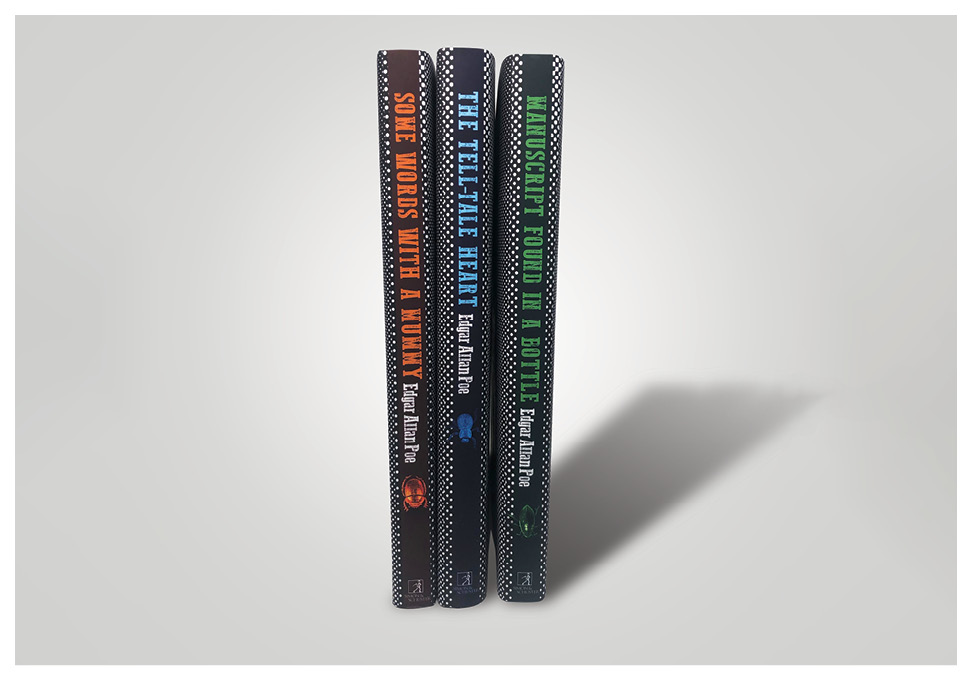 With the advent of digital publishing and it having become mainstream, the competition for attention in physical retail bookstores is huge. The challenge was to create a set of book jackets designed to sufficiently capture the attention of the shopper and hold their intrigue.

Edgar Allan Poe was best known for his dark writing packed full of symbolism and nuance. The concept for the covers was pulled from these three tales, The Tell-Tale Hear, Manuscript Found in a Bottle and Some words with a Mummy. Each followed a different character who found themselves in unique situations that had them questioning their realities. Interestingly, regardless of the story, the narrator was never given a name, referred to simply as “the narrator,” which left it to the reader to complete their idea of his identity.

For this collection, the notion that the narrator is faceless was explored by substituting Poe himself for the role visually. By doing this, the design was able to personify his stories literally back onto the writer. The covers all referenced distinctive elements from their respective stories, but in similar manners to illustrate the unifying themes. Each story used a beetle to represent a key idea. For example, The Tell-Tale Heart showcased a death beetle to illustrate the passing of time and an eminent fatality. Similarly, eyes were consistently reference which led to glass eyes being present on the Some Words with a Mummy cover. These elements were purposely laid over the subject to illustrate entrapment in a scenario which would lead to him then questioning reality.