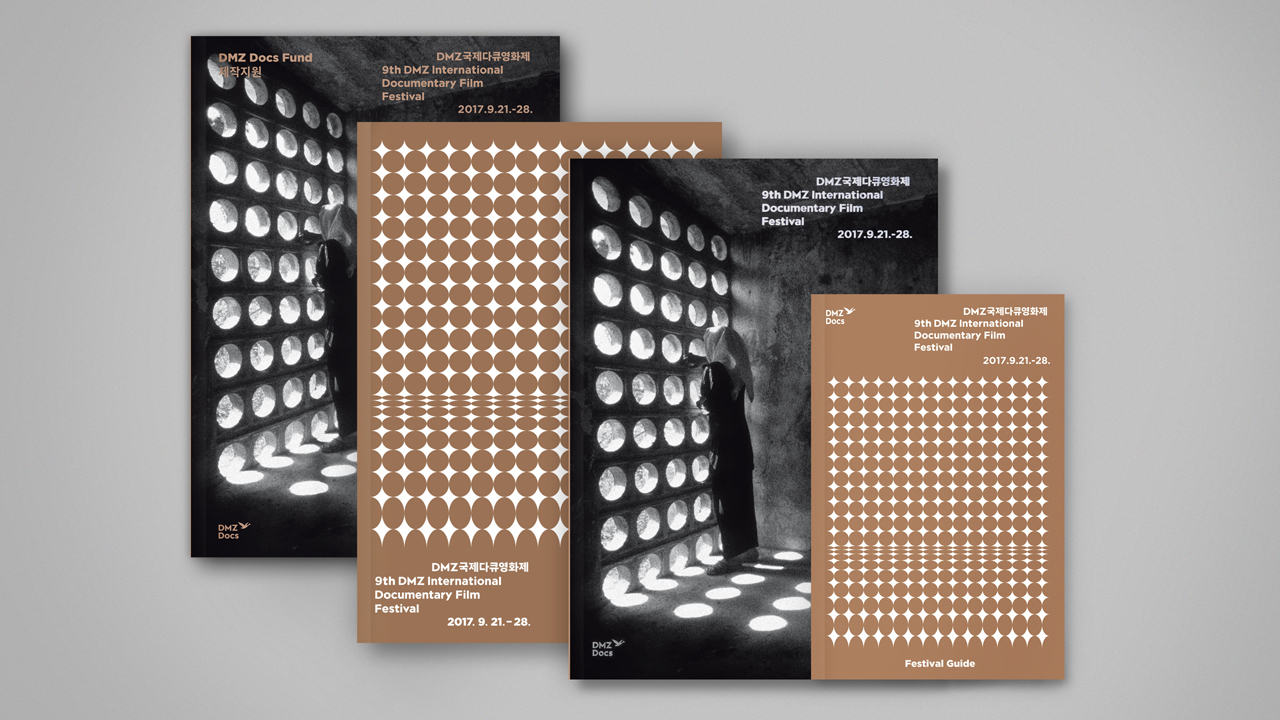 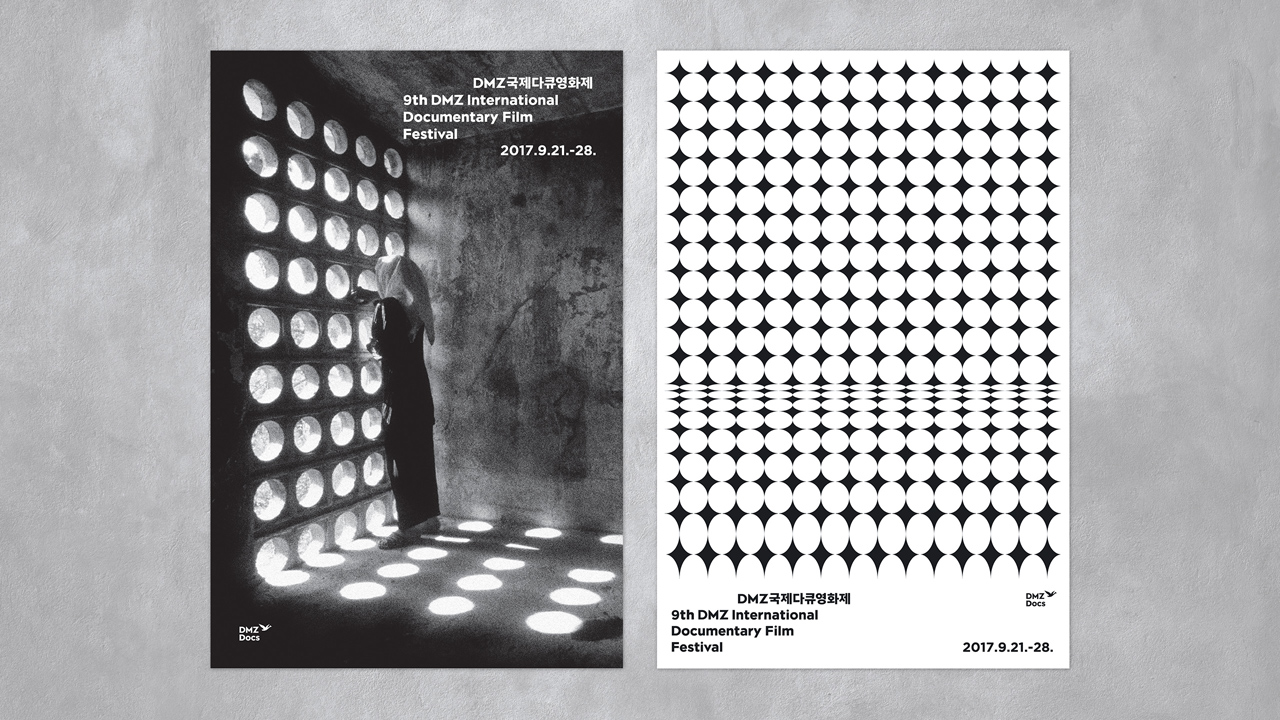 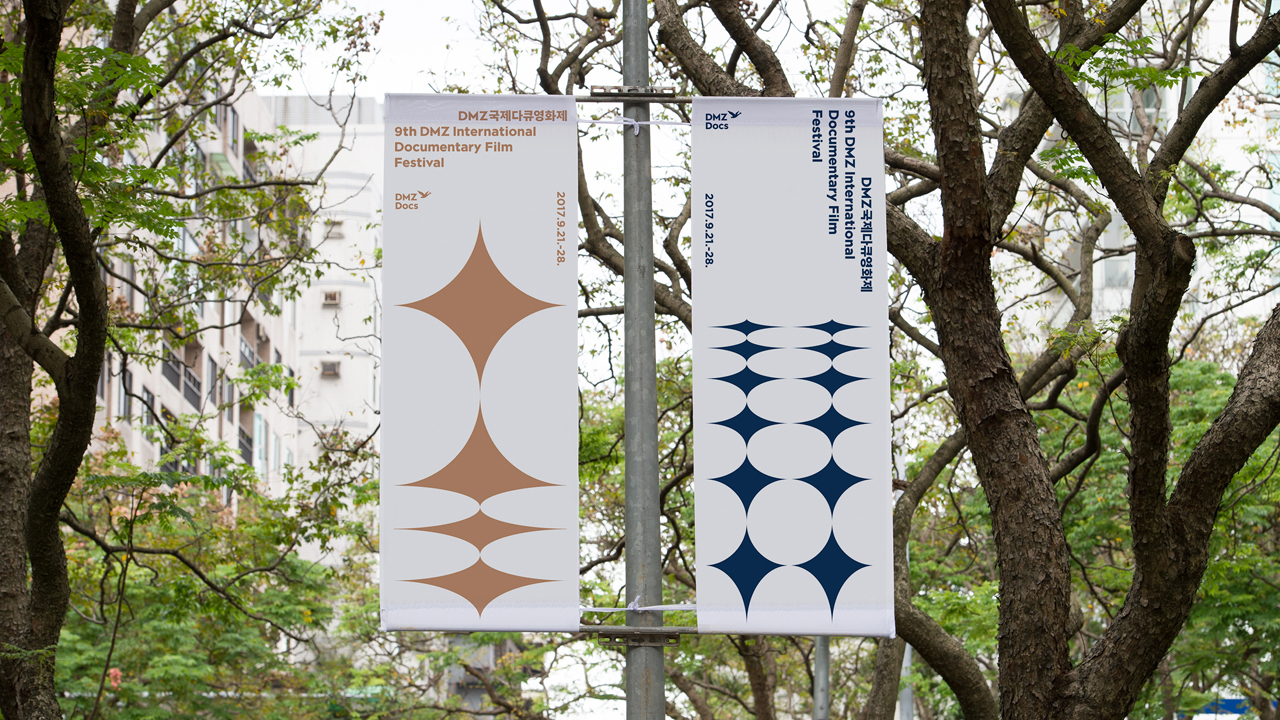 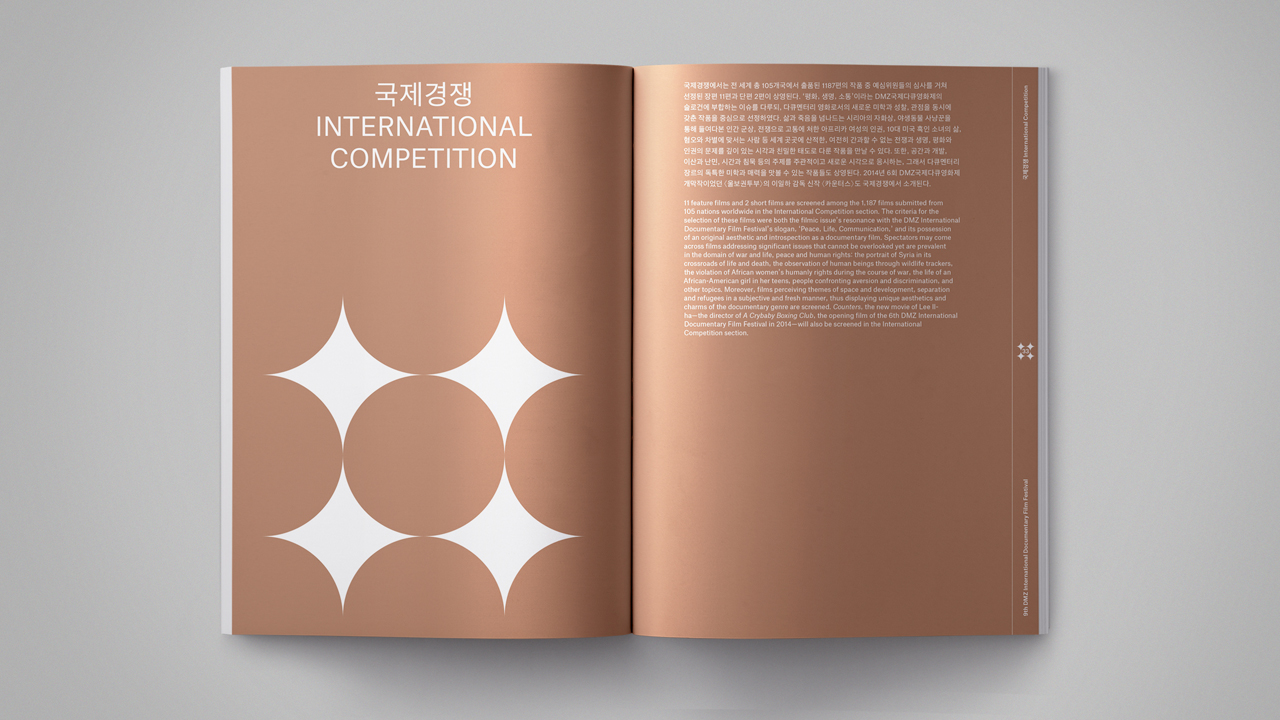 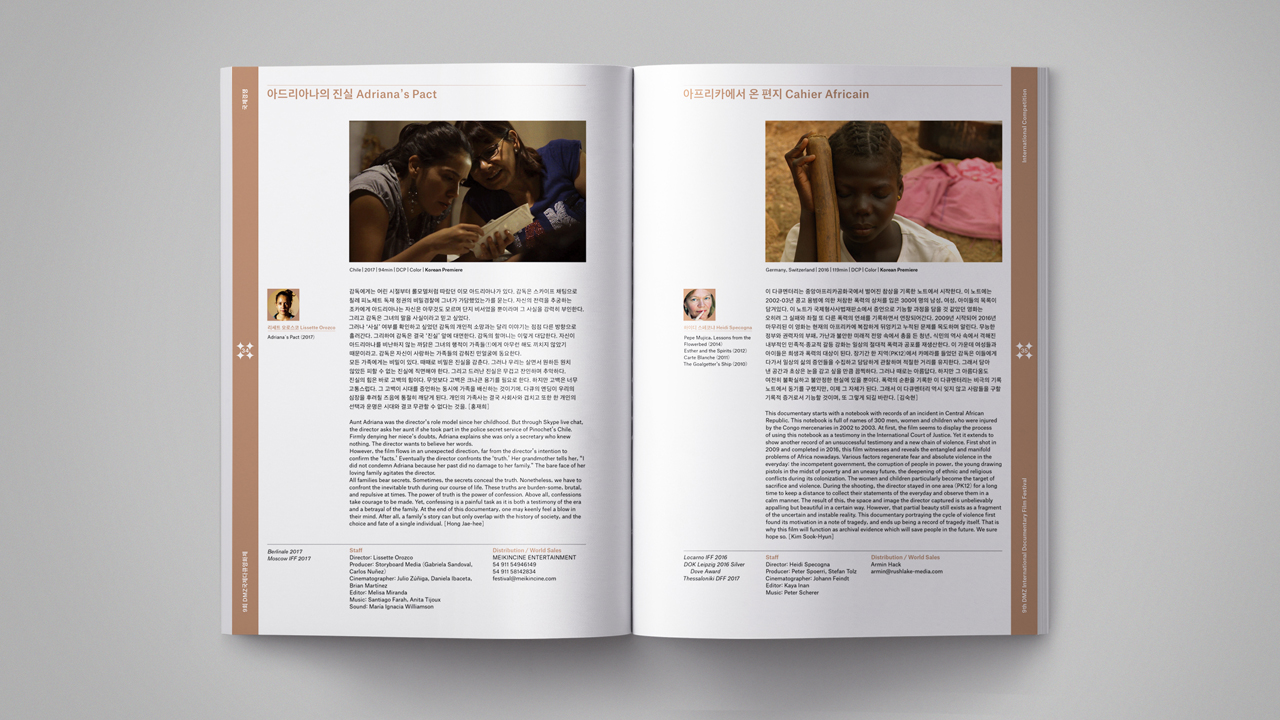 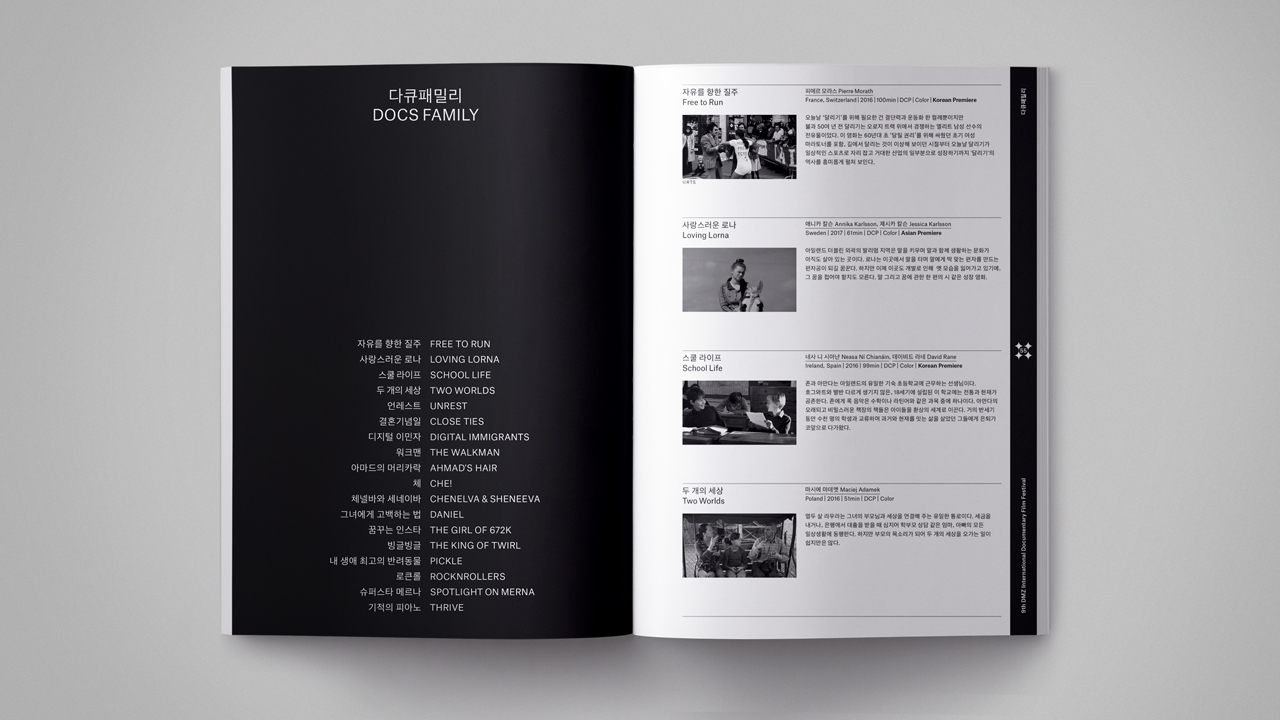 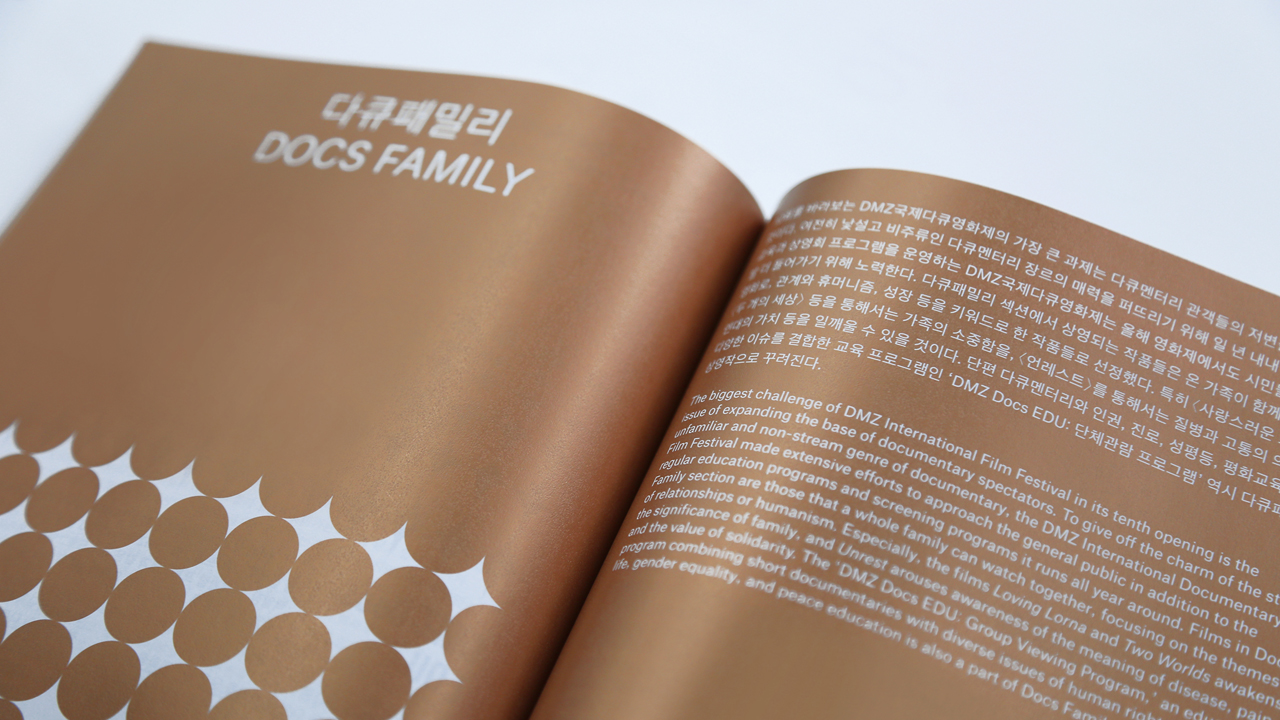 Poster realized the work of art by Photographer Seong Nam-hun, the main poster, to be an image. The poster emphasizes the circular window that the girl in the work of art looks at as the central objet. The window is the frame that she looks at the world and her eyes. The circles that fill the poster are visualized as the many windows like documentary films, not the simple one that she looks at the world. This also reminds you of the DMZ International Documentary Film Festival that all tries to each viewpoint of documentary Photographers. BrandDirectors, the total branding group, was responsible for and arranged the design.
This photo caught a girl who looks at her friends playing around in the playground through a small hole that brings in natural light during break time in an elementary school in Kabul, Afghanistan. The DMZ International Documentary Film Festival that has marked the 9th anniversary as the vision of ‘The window looking at the world’ again presents the authenticity of documentary films and the spirit’s value through the girl that darkness and light cross each other.

'DMZ International Documentary Film Festival Branding' visually symbolized the sincerity and the banner of documentary through the feature of a girl with darkness and light crossed. The branding work was done with application of consistent identity to promotion materials, posters, outdoor advertising and images. Through the combination and expansion of main key visuals, the harmony with the public and the harmony of works were expressed.

It gave lots of impact to people and it brought two times of daily visiting texts.