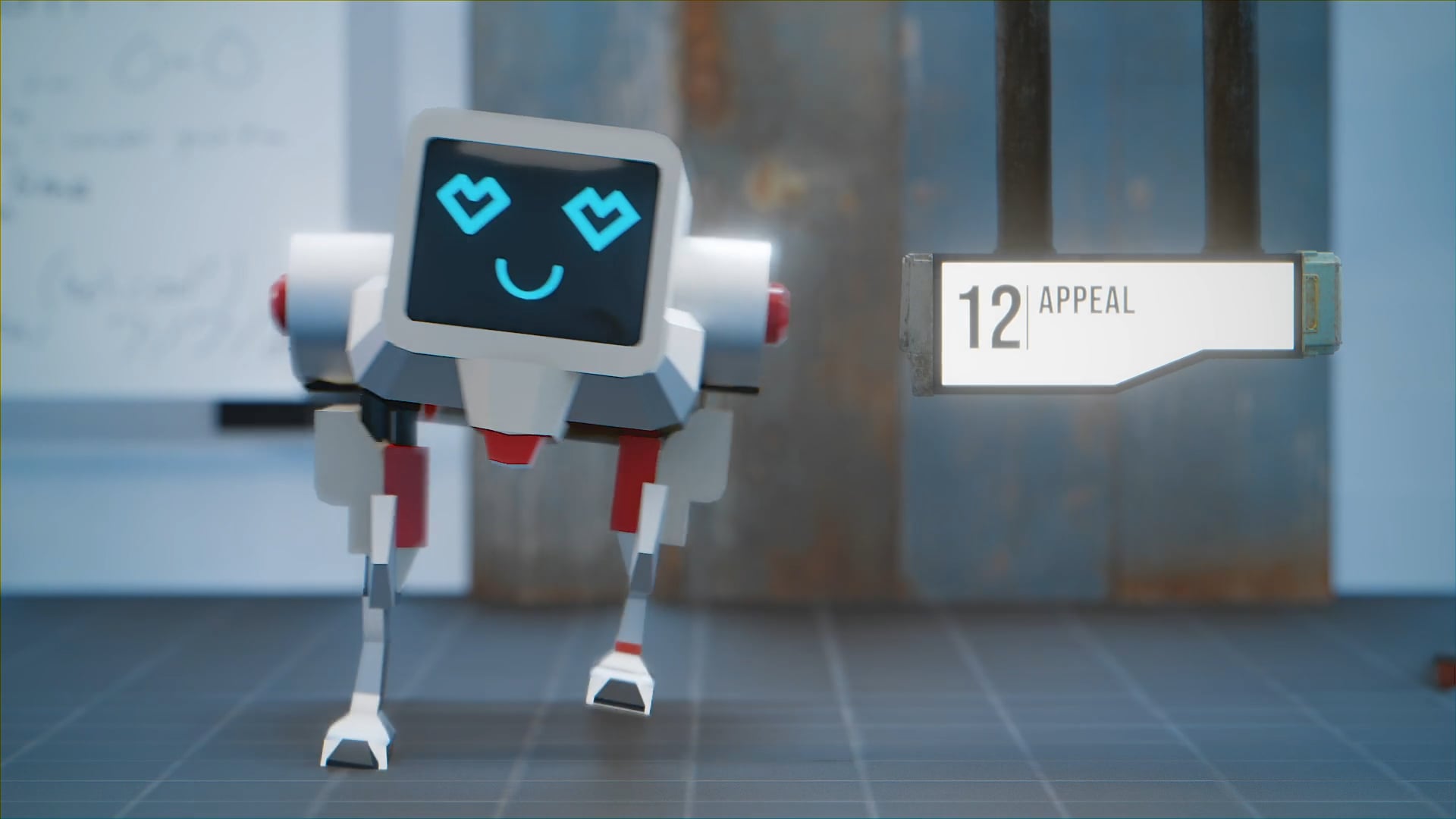 The scope of this project entailed portraying the 12 principles of animation outlined by Disney animators Ollie Johnston and Frank Thomas in an animated video. The recommended approach was creating thumbnail sketches, proceeding to create a storyboard, then animating 2D graphics in Adobe After Effects. Requirements were to display each principle with text indications of the respective principle along with an accompanying animation. This project had a timeline of 4 weeks.

Prior to working on this project, I had a couple of years of experience with Adobe After Effects and wanted to do a little bit more with this project. I decided on practicing how to work in a theoretical professional setting where file organization, playblasts, and working between multiple programs are a must. With a decent understanding of how to navigate through 3D packages and work to create still compositions, I decided early on that I wanted to make a fully 3D/CGI short that was narrative-driven to be more than a demonstration video with no connection between the scenes.
With a love for robots, I decided the story would be told through a robot. I began thumbnail sketches that lead into creating storyboards that outlined each principle.
During preliminary reviews, I received a lot of criticism that ultimately helped me create a more robust project but at the expense of redoing a lot of the original concepts. After the storyboard was solidified and concept sketches of a frontal, side and back view of the robot were created. I began doing rough 3D block-outs in Blender 3D with basic rigging to test out how I would end up animating the characters. Most of my time went into this phase as it was my first time ever animating a full character. After many failed attempts, I had a rigged skeleton that I could use for animating and began to brush up the geometry and add texture to the model. I knew I wanted to have the settings of the animation relate to a laboratory so created an outdoor environment that would lead to a test lab. The dark moody tones of the environment came from inspiration from videogames like Crysis, Portal, and movies like Kung Fury and Chappie. I love throwing in little easter eggs into my projects and wanted to do so for this one. Through in references to the videogame portal, some old drawings I did many years ago, some written notes to friends and loved ones, and a pop-culture reference at the end. Adding these in made the project feel more personal and overall fun to do. After exporting the 3D renders from my laptop over a course of hours, I began piping those playblasts into Adobe After Effects where I interpolated the PNG sequences into clips and added light post-processing. From there the sequence was brought into Adobe Premiere Pro where I added in sound foliage and ambient sound. Sounds were sampled from the Youtube Audio Library as well as some custom recorded sound bits to give the video more life. After many run-throughs and revisions, I arrived at the final version.

Admittedly there was a lot of dead time spent on this project due to other time allocations and this was completed a little under 2 weeks. The project itself was finished a few minutes before presentations were due and were able to present this project to our class. The overall response was of high-praise for going above and beyond the project requirements. For this project, this was one of those projects that were doing a high risk of shooting way over the scope of the project, and successfully delivering a product in time paid off tremendously. Conclusively, for my first attempt at 3D animation, this was a lot of fun to do. There are endless bits of knowledge that I have picked up along the way working on this project. I would not have been able to achieve it without the support of my peers and professor. I had learned several bits of information that would have to lead me to approach this project differently, become aware of issues I could fix, and overall be more efficient if I were to do this again.