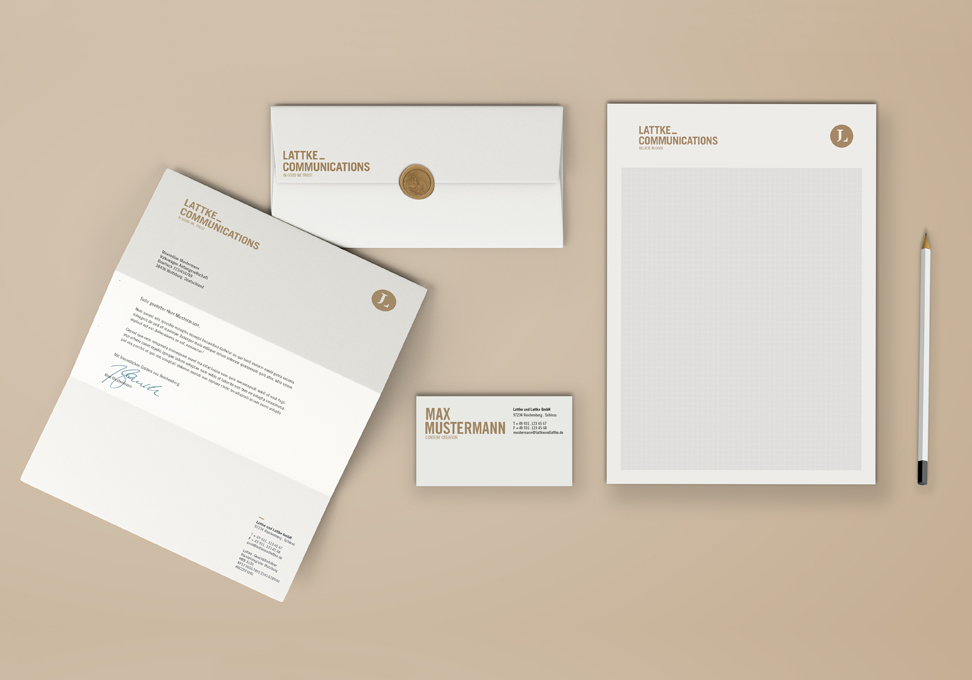 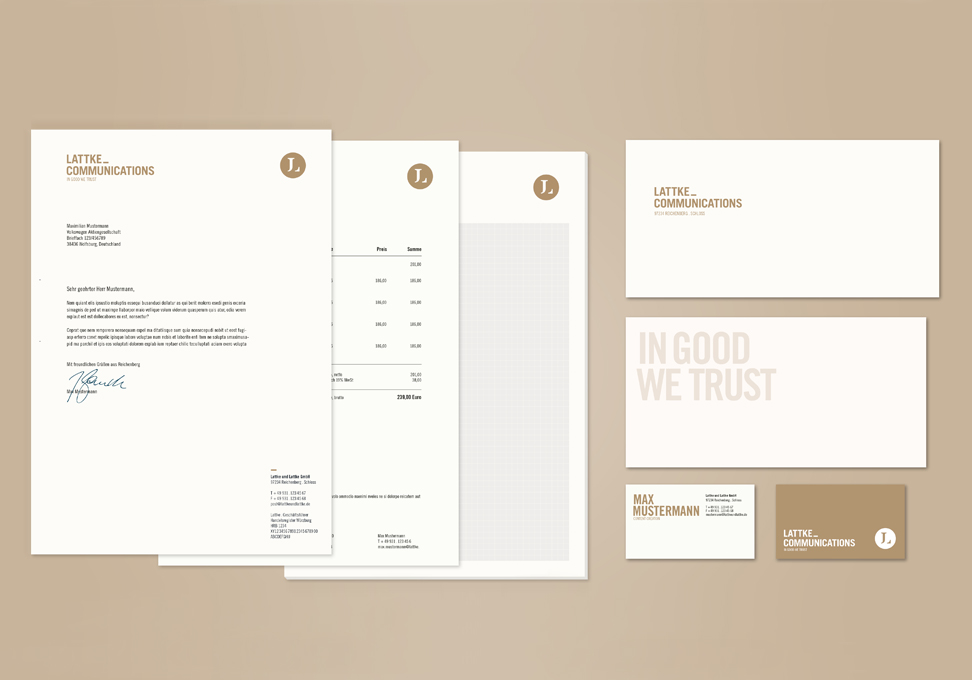 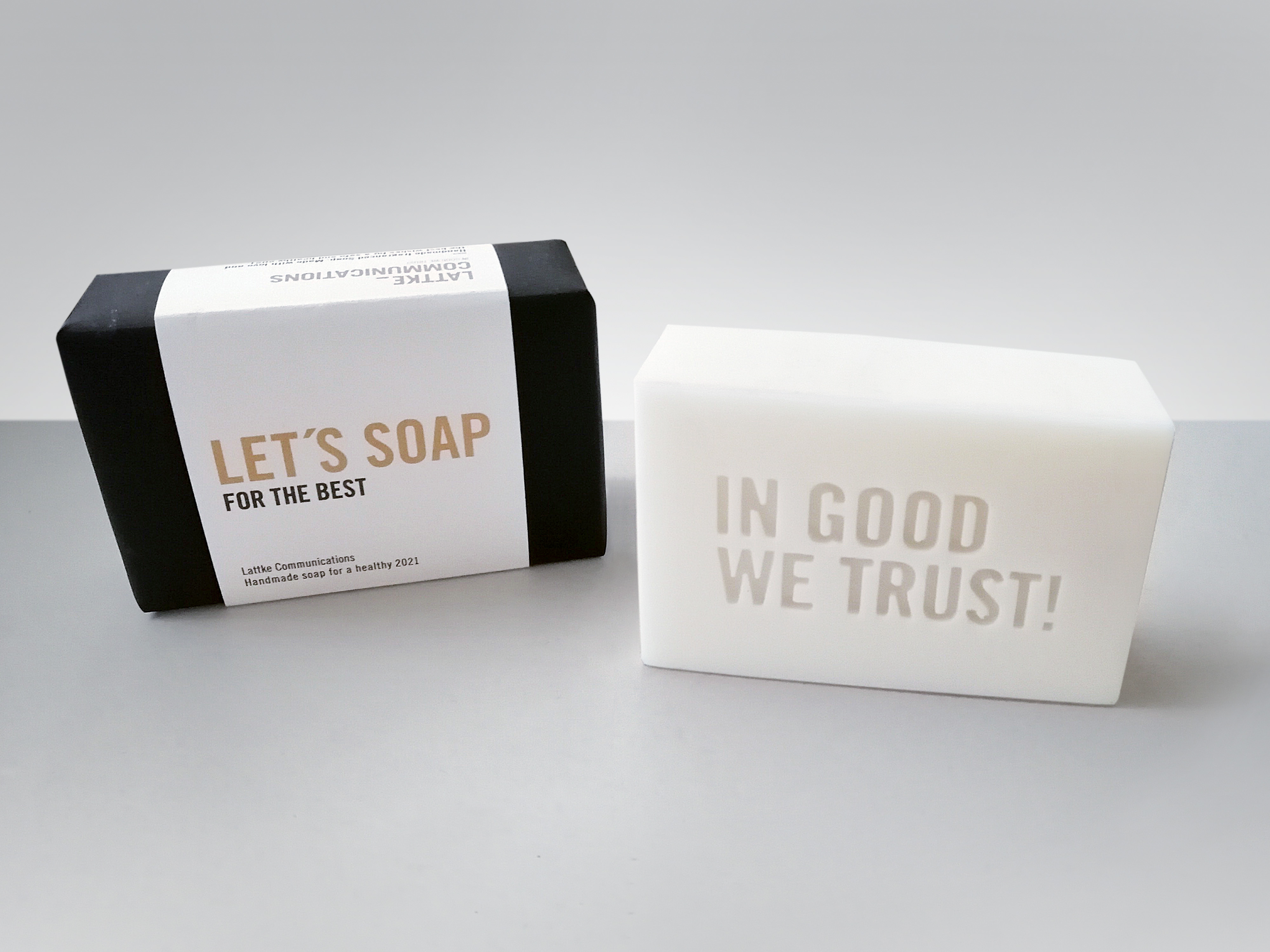 Lattke und Lattke is a Communications Agency. With the retirement of founder Joachim Lattke, it was time for a new corporate design. In this context, it was intended, that the company’s history of nearly 50 years would be represented as well as its progressive approach. The circular signet contains the serif letter „L“, which - at second glance – contains the letter „J“ standing for both the founder Joachim Lattke as well as his predecessor and current owner of the company Jens. The fully written version of the company name „Lattke Communications“ is designed in a sans-serif font, giving it a modern look. The new color scheme represents on the one hand the historical building the company resides in: a Southern-German medieval castle built with sandstone, the latter being the main color of the corporate design. On the other hand, the second primary color is a dark, blueish grey, called „asphalt“, standing for the main group of the company’s customers of the automotive industry. An underscore behind the last name „Lattke_“ implies, that there is more to be expected than what can be seen at first glance.