Victory and peace to Ukraine ! 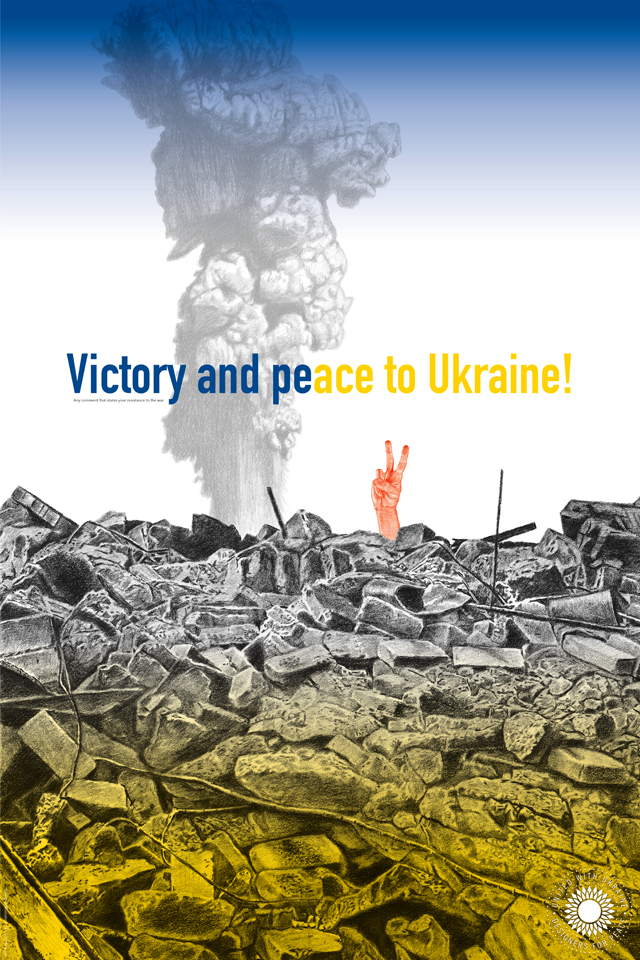 Title
Victory and peace to Ukraine !

The sudden military invasion by Russia has terrified the Ukrainian people. Many innocent civilians were killed and cities were destroyed. The world felt powerless to stop Russia's actions. How can this outrage be stopped? As a graphic designer, I am deeply concerned about this. How much can we stand with the people of Ukraine, whether it is by appealing against the war on posters or making donations? It is a difficult task.

I hope that Ukraine will win, peace will come soon, and reconstruction will surely be accomplished.
This work expresses that desire.
Our aim is that this poster will be sympathetic to many people and lead to an anti-war movement.