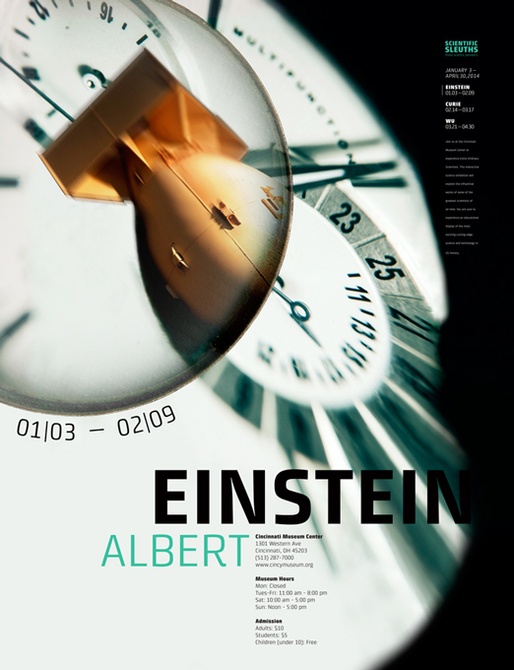 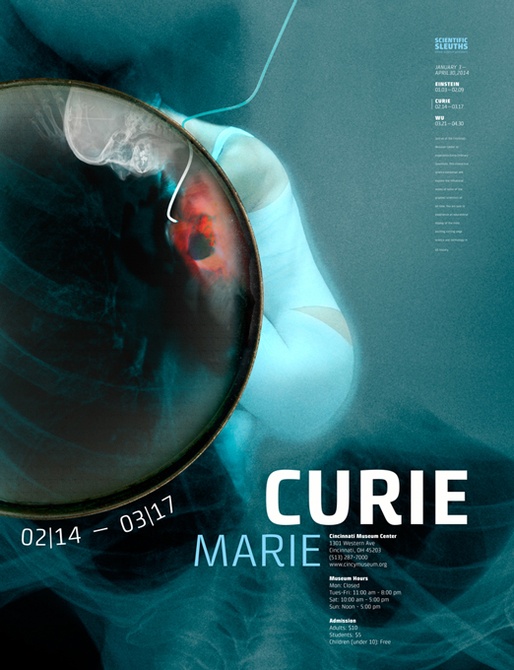 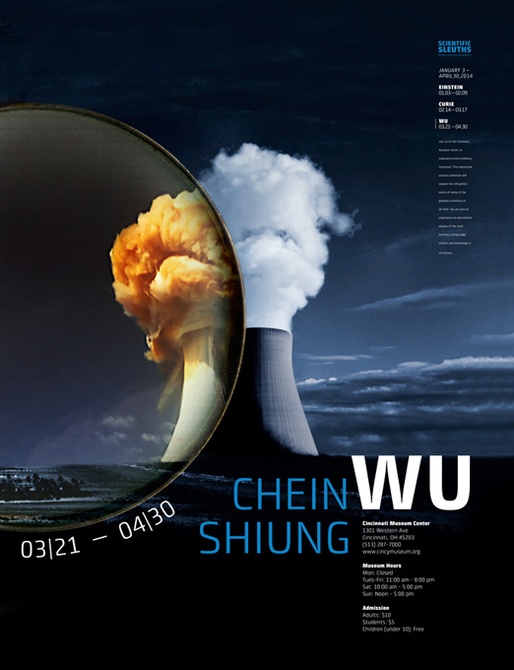 The Scientific Sleuths poster series promotes an exhibit at the Cincinnati Museum Center. The exhibit highlights three science pioneers that all made groundbreaking discoveries in the field of physics.

Albert Einstein said: "Science is nothing more than refined everyday thinking." I wanted to look at a scene through a lens, uncovering something else behind it. Then I considered how each of the scientists influenced nuclear research, either directly or indirectly. Unfortunately, during World War II, this research was fixated on building the atomic bomb. This narrowed the concept to focus on the juxtaposition between good and bad. By looking at a scene through a magnifying glass, the harmful cost of otherwise beautiful science is revealed.

Each poster juxtaposes a beneficial and a harmful result of the scientist's work. Contrasting with beautiful, modern science, the narrative focuses on the past events of the nuclear bombing of Japan, while remaining general enough to imply that these horrors could happen at any time.