The Beauty that Lies Within: Philippine Caves 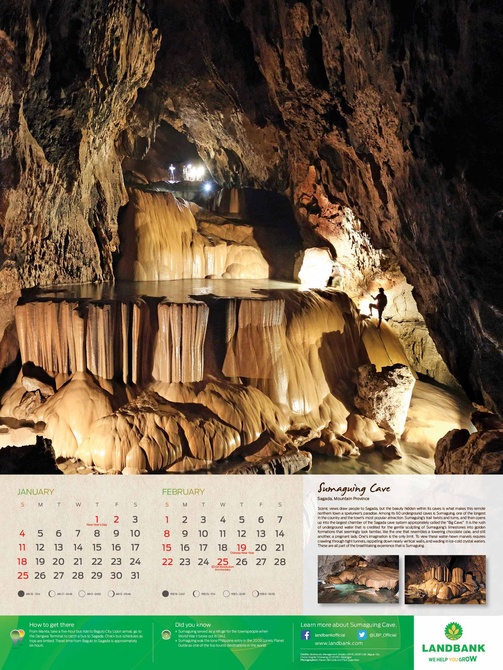 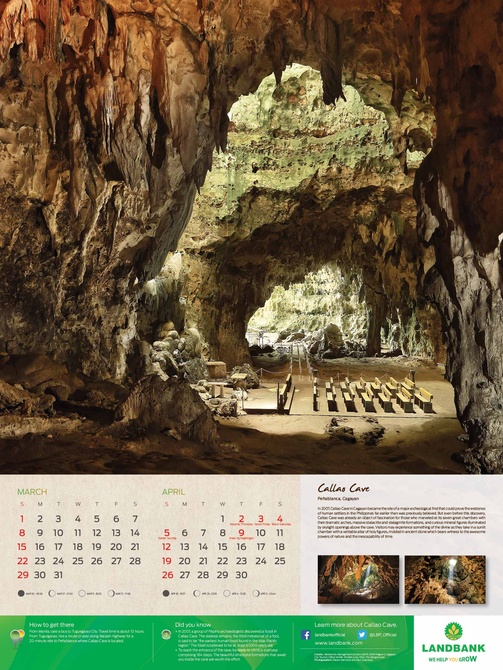 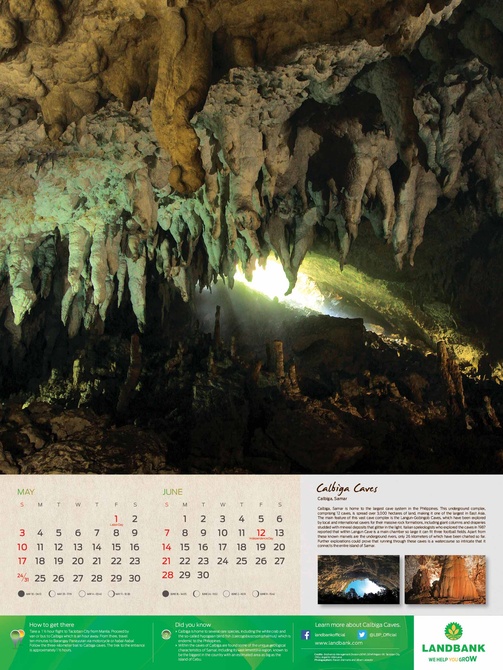 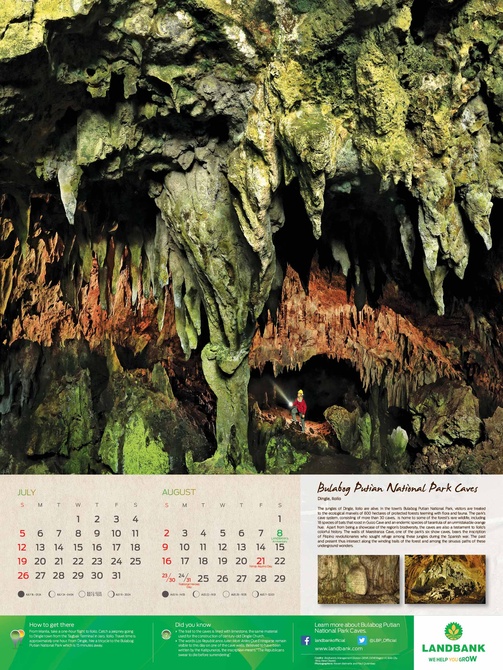 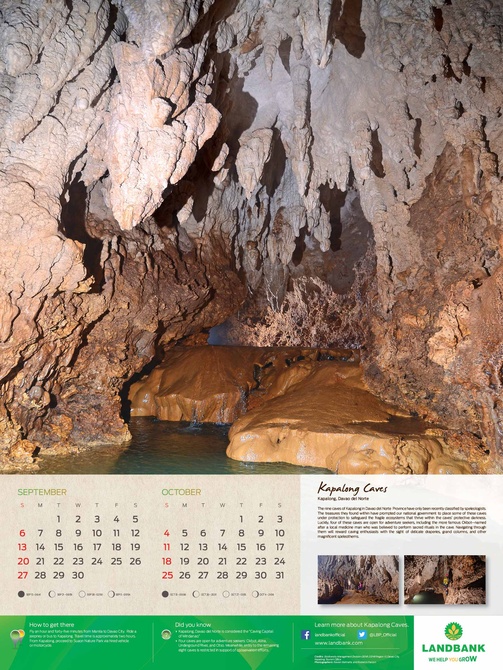 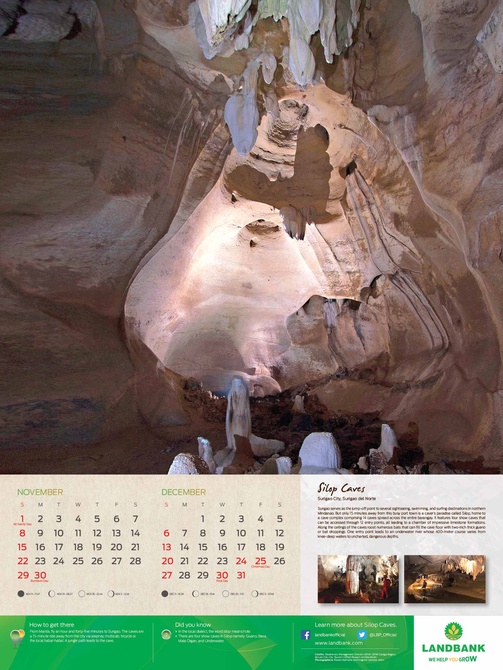 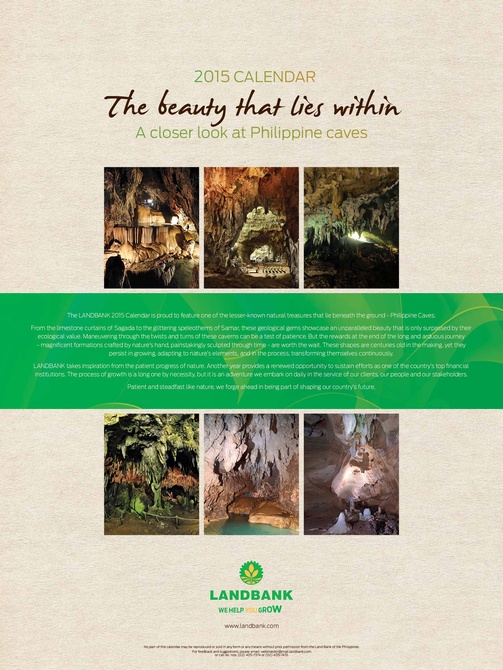 Client
Land Bank of the Philippines

Client
Land Bank of the Philippines

Title
The Beauty that Lies Within: Philippine Caves

The Land Bank of the Philippines is a government financial institution with a two-fold mandate: promoting countryside development while remaining financially viable as a commercial bank. For its 2015 wall calendar, its most important PR tool distributed to thousands of customers and stakeholders, its design agency (Studio 5 Designs) chose a beautiful but rarely featured treasure because of the extreme difficulty in reaching and in photographing them - Philippine Caves.

Six important caves were selected for their beauty and ecological importance to the country from the three major islands of the Philippines. To photograph each cave, prior linkages were made with the local government for easy access and safe guidance to the caves. A team of four photographers were sent for each cave in order to light them properly and thus bring out the beauty of the magnificent formations. Battery torches were used to "light paint" the interiors. People were included purposely within the image to show the massive proportions of the cave. Tips on location, directions on how to get to each cave and trivia were included to make each feature interesting and informative.

The calendar unanimously elicited positive feedback from the Bank's top officials, its clients and stakeholders. There have been more visitors to these caves as reported by the local government in the provinces where these caves are located. It also affirmed the brand of Studio 5 Designs as a creator of legacy designs.