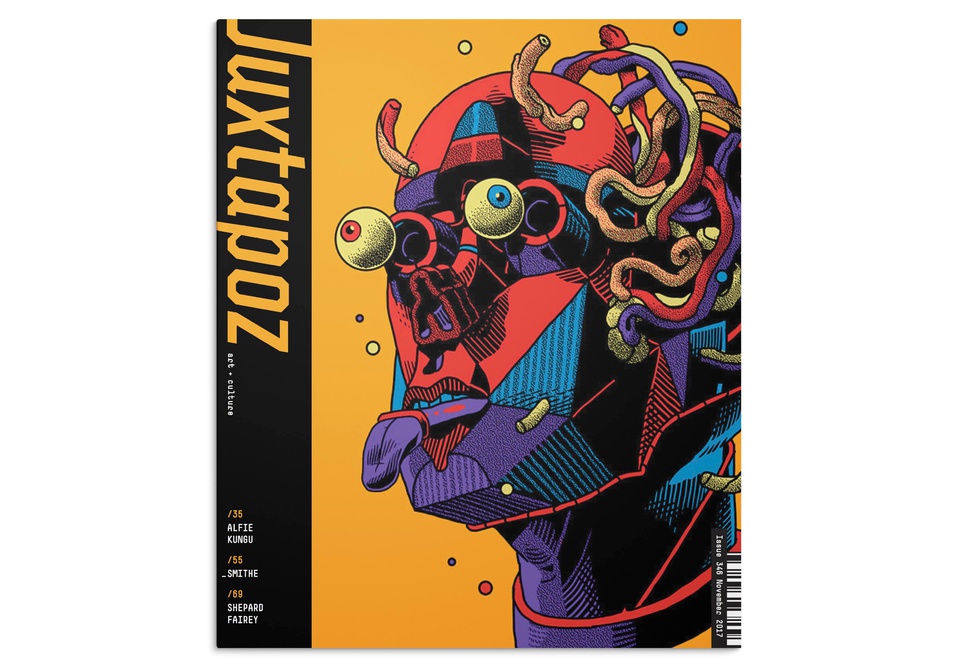 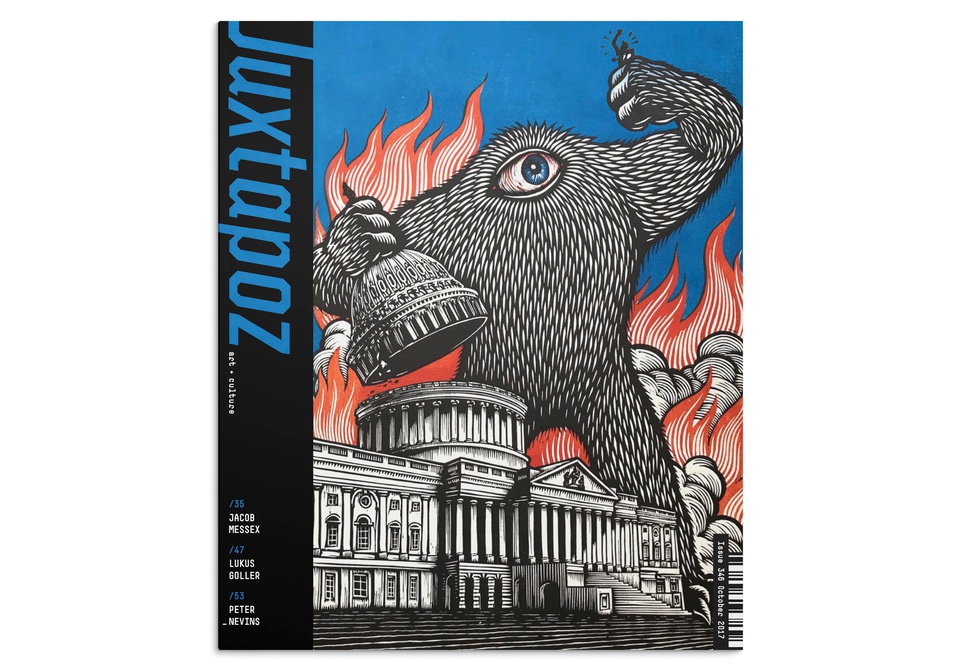 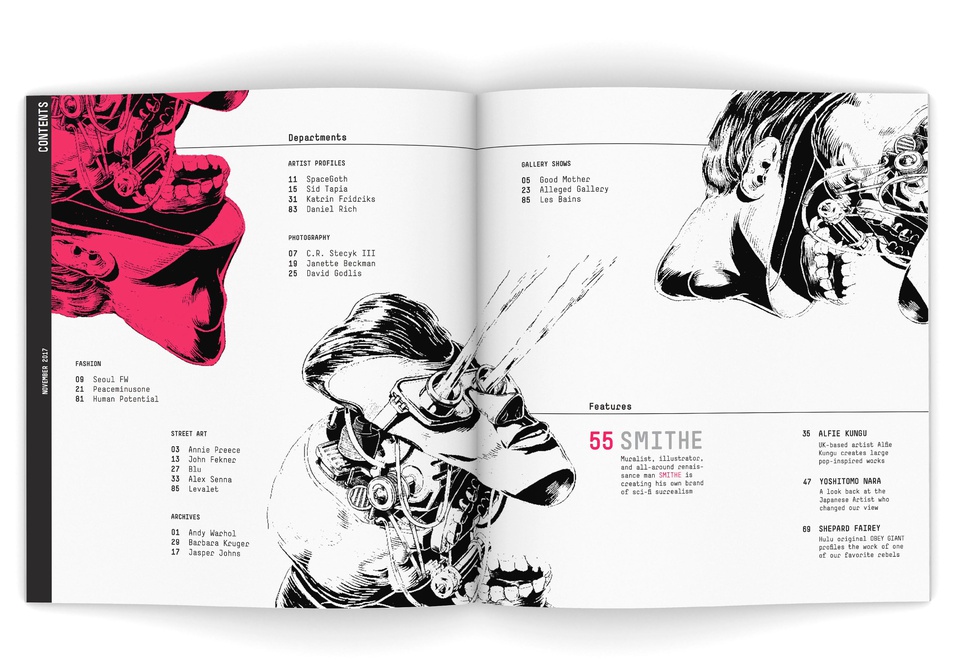 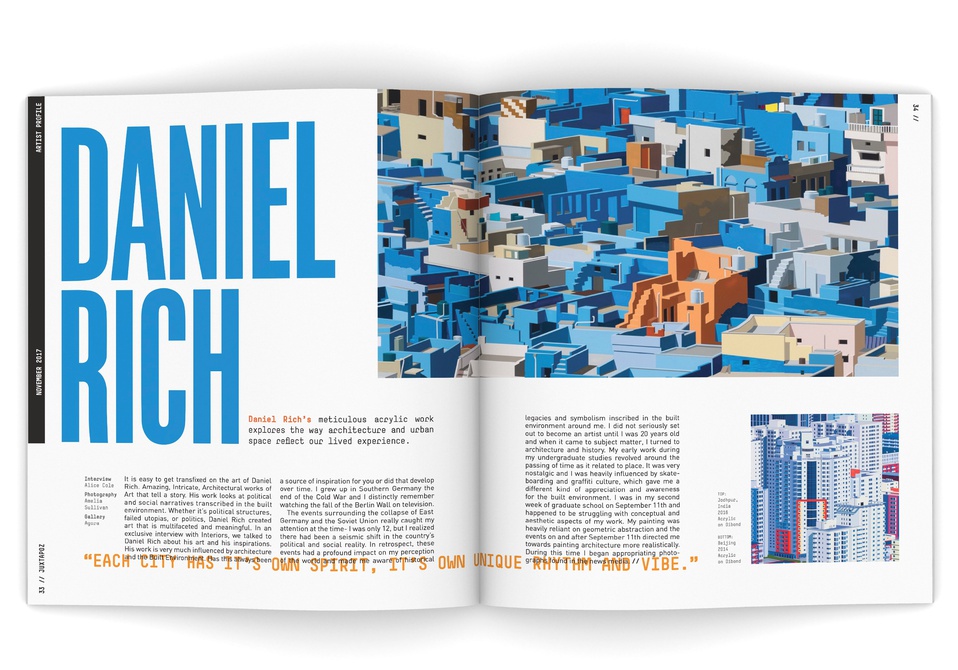 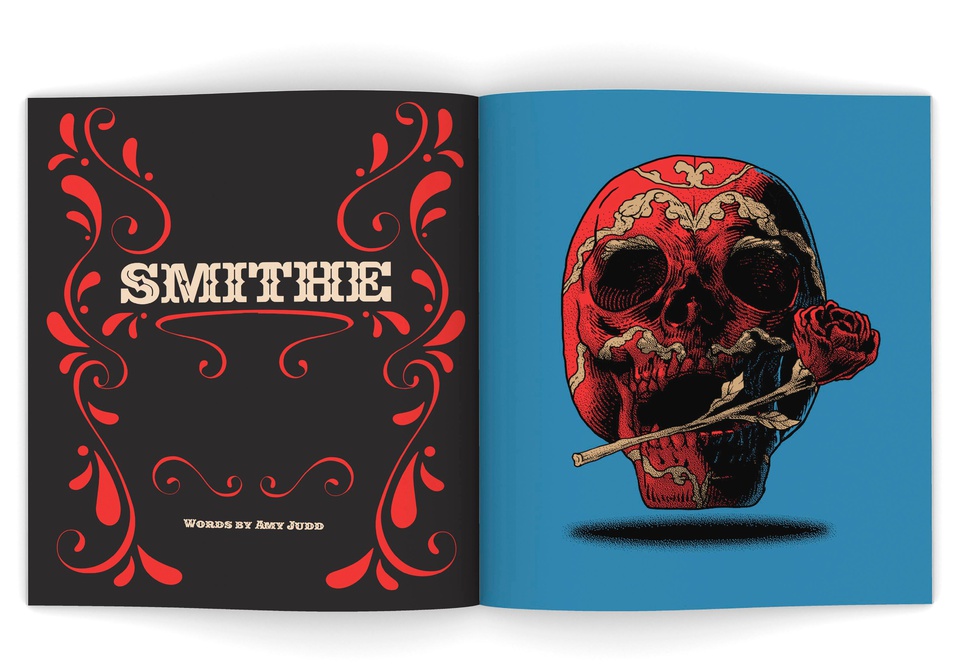 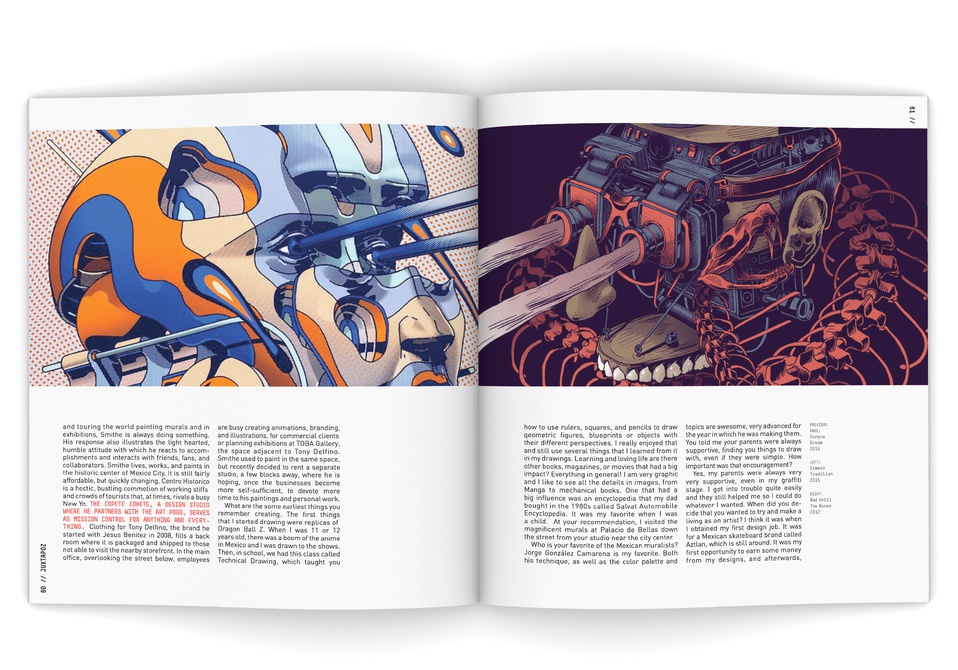 I was assigned to redesign a magazine that I believed was lacking in design and art direction. I chose a long-time favorite magazine of mine, Juxtapoz, to redesign. It is an alternative arts & culture magazine that mainly focuses on the non-mainstream art scene. I find that Juxtapoz contains great visual and editorial content, but its typographic and layout design lacks the same excitement that its imagery evokes.

Juxtapoz contains great content with a wide range of artists and artistic disciplines, but I find that the layout, pacing, and structure is lacking. With my redesign I focused on these three elements of the magazine, as well as designing a new cover to better showcase the cover artwork.

Juxtapoz features many artistic styles all within the umbrella of “alternative art and culture,” so with my redesign I chose to showcase a range of artists who have been featured in Juxtapoz in the past; an abstract artist, a landscape artist, and a silkscreen sci-fi artist.

Color plays an important part in my redesign, something that I feel that the current design of Juxtapoz lacks. The colors chosen for each story is based on the artist’s color palette, and the color of the masthead is based on the cover artworks’ background color. I believe that this added color allows for more customization for each artist featured.

My finished redesign included a new cover and masthead, contents page, two departments and a feature.

When redesigning the masthead, I kept in mind the imagery that is often featured on the cover; organic shapes, people, and bright colors. To keep with the spirit of the magazine’s name, I chose a font that contrasted this imagery. I knocked the masthead out of a black sidebar to create a frame for the cover image. The color from the cover image bleeds into the masthead which make each masthead unique from issue to issue.

On the contents page I showcased the artwork of Smithe, the featured artist of the issue, to give the reader a taste of what can be expected in the rest of the magazine. I integrated the type and images to create a more intriguing flow of information.

For the feature story about Smithe, I chose a typeface designed by a Hispanic designer for the opening and follow-up spreads since Smithe is proud of his heritage and home country Mexico. I chose to feature Smithe’s artwork rather than the editorial content in his story.