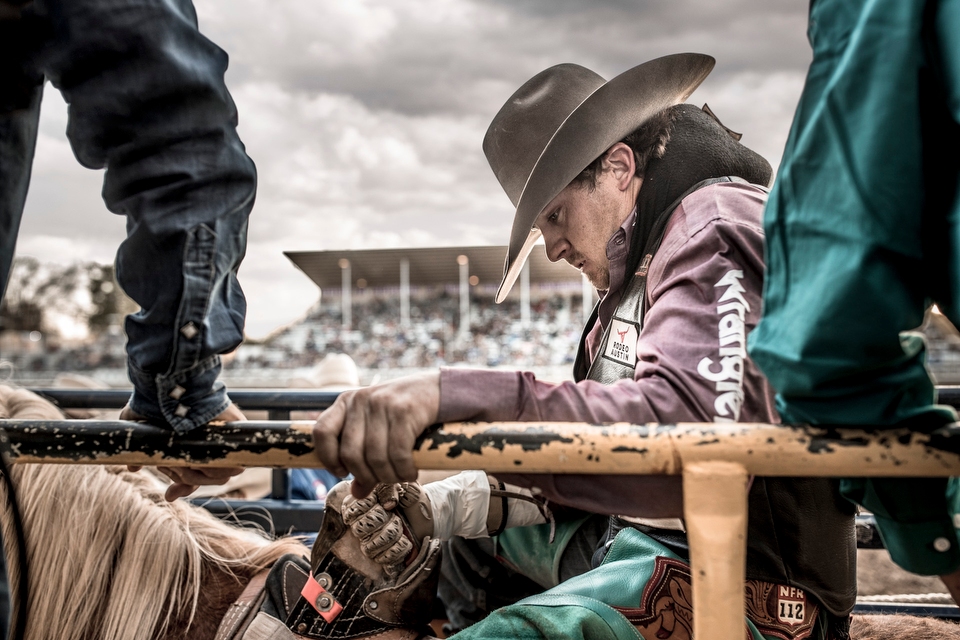 This photo was taken as part of an assignment for Wrangler's 2017-18 national print campaign, featuring a combination of pro rodeo athletes and fashion models. For one portion of the shoot with pro athletes, I photographed the cowboys during live competition at California's Red Bluff Roundup Rodeo.

I approached this portion of the shoot in an editorial style, as the task was to capture advertising campaign images during a live national-level rodeo. I had special access to photograph with the cowboys at the chutes, but I could not interact with them during the event, so I had to capture the themes of anticipation, nerves, and guts during the real moments.

This portion of the shoot produced some great images like this one. It has an authentic feel, while also conveying the mood of great focus, nerves, and anticipation.