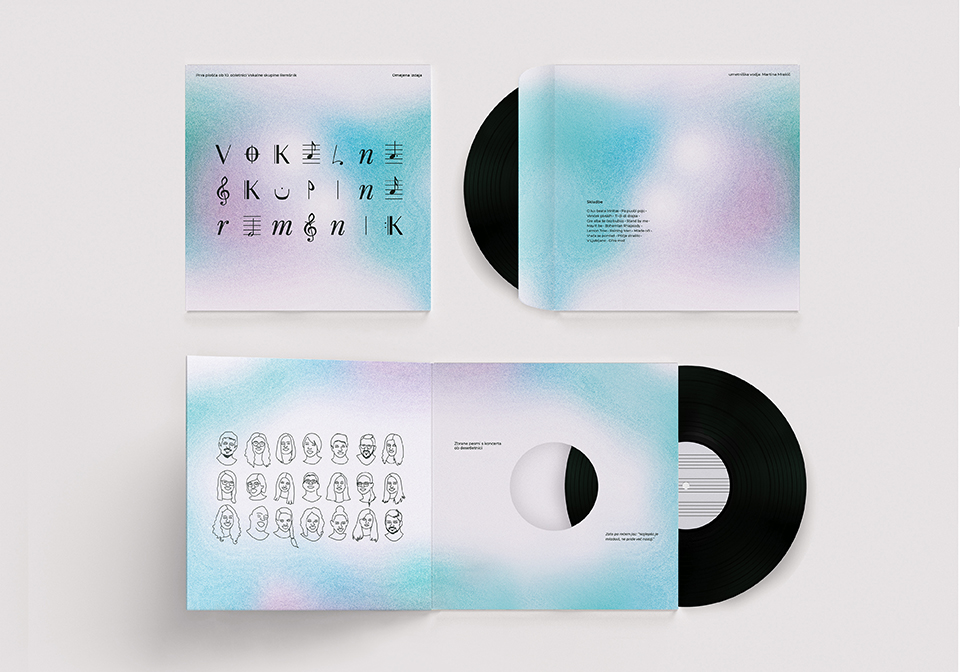 Members of Vocal group Remšnik are choir singers that love to sing. They are simple people that perform high quality concerts that can also be very artistic and combined with dance choreography. Their most usual dress code is bright blue, purple and turquise.
The whole text of the packaging is in Slovenian language. In the front cover is the name of vocal group (Vokalna skupina Remšnik), design with combination of traditional music symbols and letters. Inside of the cover, members' portraits replace the title, which can be interpreted as combination of different songs on recording, from tradition folk ones, to more modern ones and a cappellas. Some songs are very simple, other are complicated and polyphonic which is shown in clean layout and colourful interlaced blury background, that represents harmonic whole despite of diverse repertoire. They are always open for new ideas, for things that they have never tried, working on new skills and trying to improve their singing, so in the middle of vinyl record are illustrated empty lines, waiting for new songs that they will perform.

The result is packaging of vinyl recording for the 10th anniversary of Vocal group Remšnik.