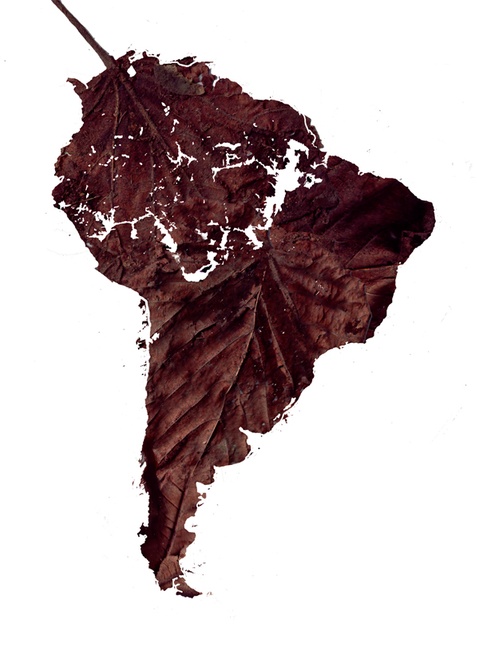 The poster was created during my final semester in my university in 2008. So in the beginning the poster was a only created to communicate a message to the people.

After 5 month of frustration I had the feeling that the project was stuck and it was going nowhere. Until one night I went to bed and I could not sleep. So I was just laying there and it was such a weird experience because suddenly everything started to come together in my brain. I will never forget that night for as long as I will live.

Waking up at 7am I knew exactly what I needed to do that day. The first thing I did was to grab a plastic bag from underneath the sink in the kitchen and then I walked to the local park of which was only a few minutes walk. I carefully started to select the dead leaves from the park until I had my plastic bag full. One by one I began to scan them into my laptop and so the creation of the actual poster ‘Dead Leaf’ started to come into reality.

8pm and 13 hours later the poster was finished. I had no food during the process just a few cups of water. I guess I was so emotionally involved in this creation that I simply could not stop; especially after 5 months of frustration it felt like 13 hours of intense work was nothing. Little did I know what I was actually doing would change my life forever.

The result was a internationally recognised poster which has been in exhibitions and books worldwide. Also the poster was associated and promoted by the WWF.