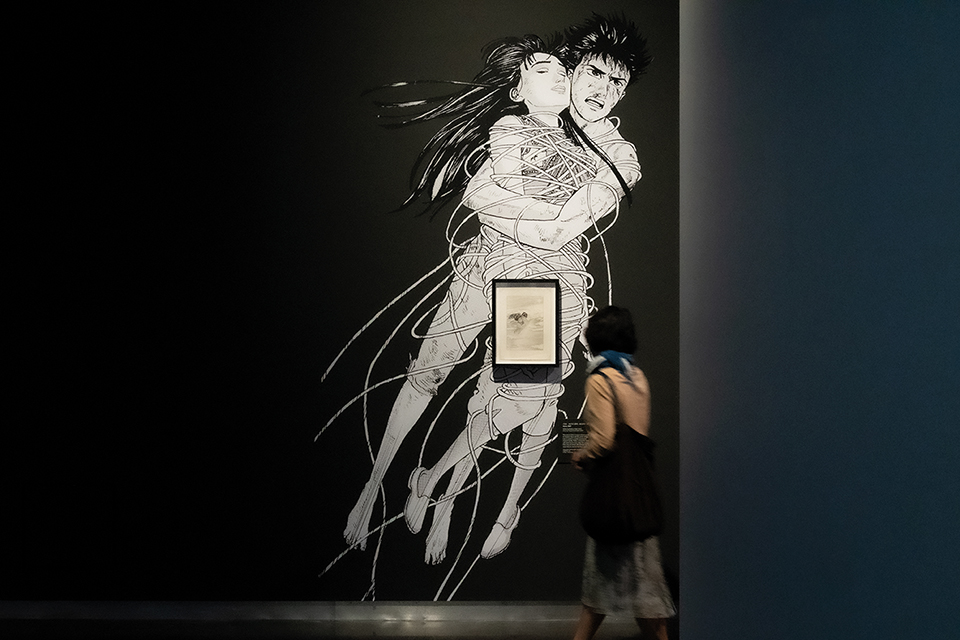 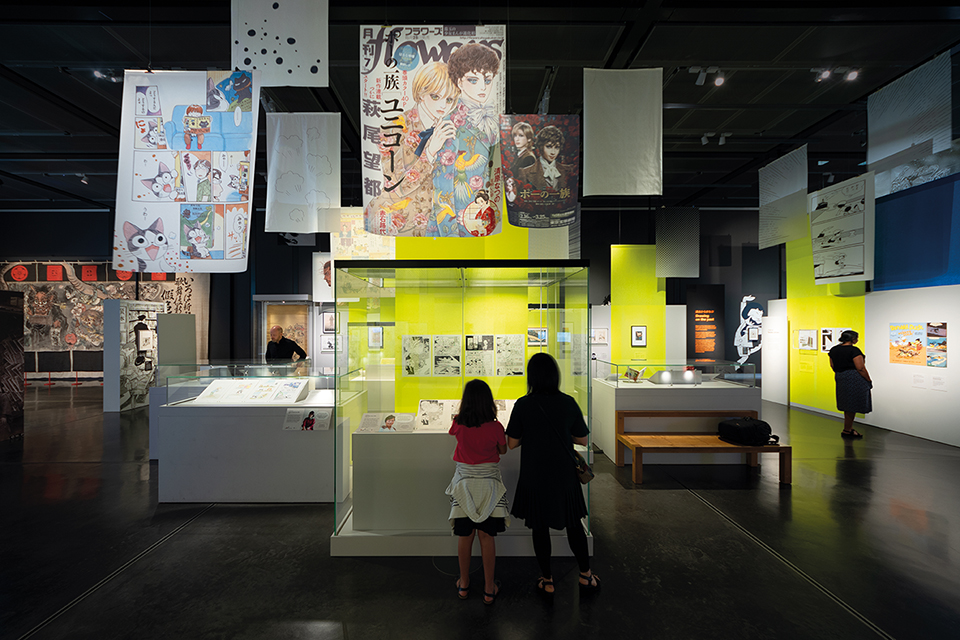 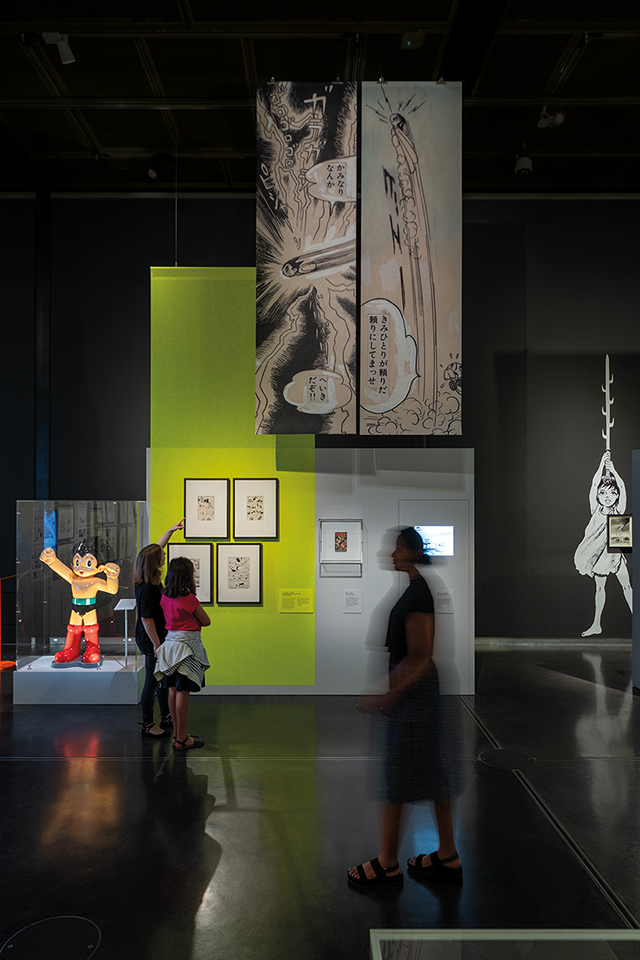 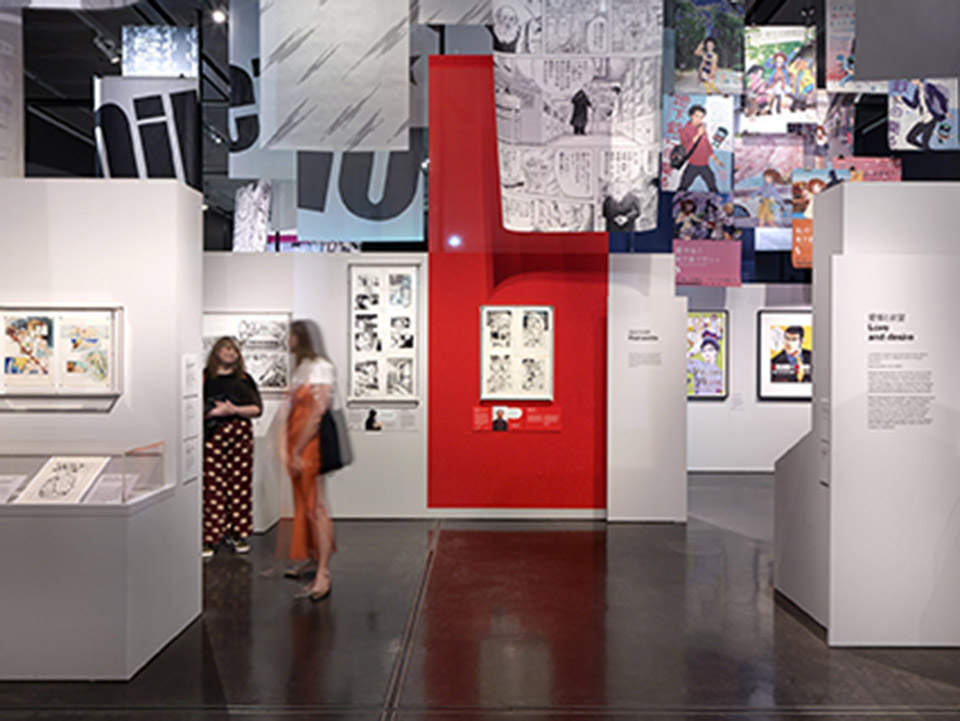 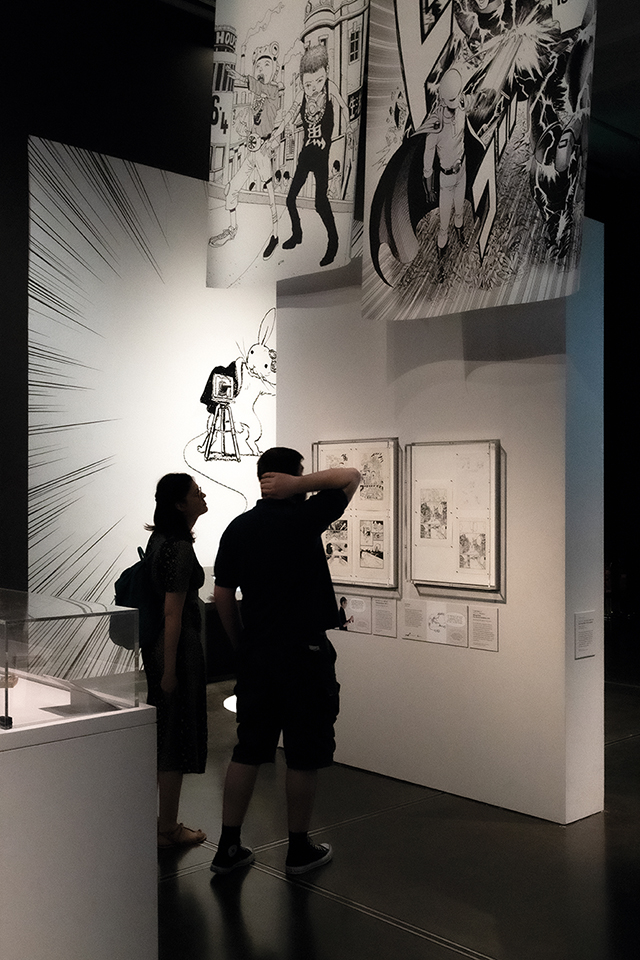 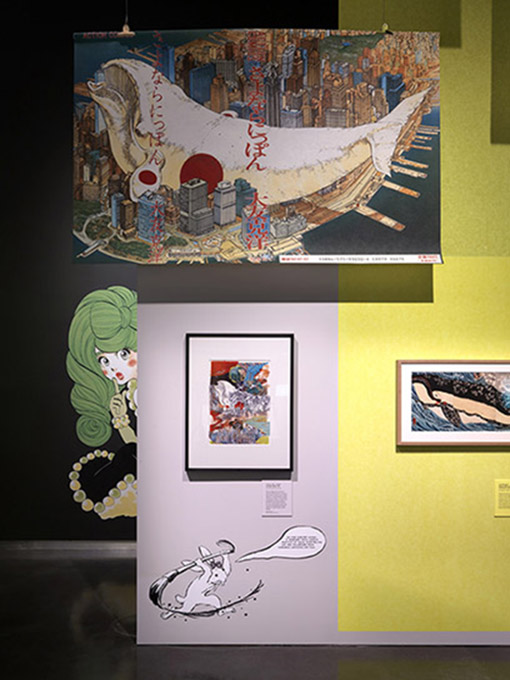 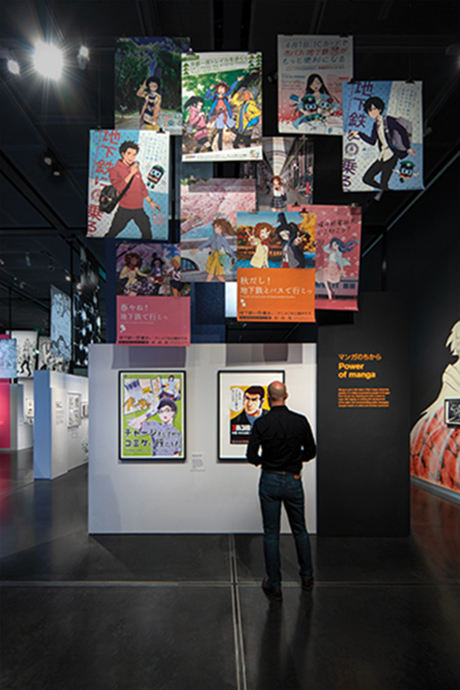 This groundbreaking temporary exhibition — the largest manga exhibition outside Japan — offers a new contemporary take on the British Museum’s collections. Featuring bespoke commissions by Japanese and European artists, the exhibition expands the public’s view of what manga can achieve. RAA was appointed by the British Museum to create the graphic design for this unique, graphics-led exhibition.

The original translation of the characters for manga was ‘pictures run riot’, associated with the great 19th-century Japanese artist Katsushika Hokusai whose miscellaneous drawings of people, animals and nature were published as ‘Hokusai Manga’. Since these origins, Manga has become a worldwide phenomenon, appealing to audiences of all ages and tackling such varied topics as the environment, sports, horror and gender and identity in a variety of different illustration styles and across many mediums. ‘Manga’ seeks to tell the whole story of this cultural phenomenon, from its roots to its evolution as a form of immersive story telling that has expanded its range to appeal to everyone.

The bold graphic form of manga necessitated bold, innovative graphic design. RAA’s graphics for ‘Manga’ take visitors inside the pages of a manga book, using large-scale, immersive banners to physically transport visitors into the world of manga. The banners’ various sizes and diverse styles echo the exciting, visually-textured manga books, with their mix of smaller intimate panels and large, action-packed scenes. They create a layered spatial experience for visitors, energetically multiplying as manga’s range expands, forming intimate zones where visitors can interact more deeply with the exhibition, or fading away at strategic moments to create dramatic vistas across the gallery. The overhead banners also reveal the intricacy of manga artists’ work, which is often hidden by the small scale of many manga books. These large-scale banners allow visitors to see each brush or pen stroke, stimulating their senses and creating visual connections and comparisons between the different styles of manga.

Manga was an unexpected subject for a British Museum exhibition. While the highly regarded Museum receives almost 6 million visitors per year, it is known more for its ancient and sculptural collections. However, the ‘Manga’ exhibition was a tremendous success with museum-goers, becoming the most popular 2019 exhibition at the British Museum according to The Art Newspaper’s Art’s Most Popular survey and receiving nearly 2,000 visitors each day.

The exhibition also sparked an important cultural conversation among reviewers and the public about the place of popular art forms in museums. David Barnett wrote in the Guardian “If the British Museum is a public institution devoted to history, then perhaps manga is a venerable medium that just happens to be history still in the process of being made.” The Economist praised the Museum for “putting on this dynamic, exuberant and ambitious celebration of Japan’s comic-art narrative form” and declared that the exhibition “proves that modern visual culture deserves a place in artistic institutions.”