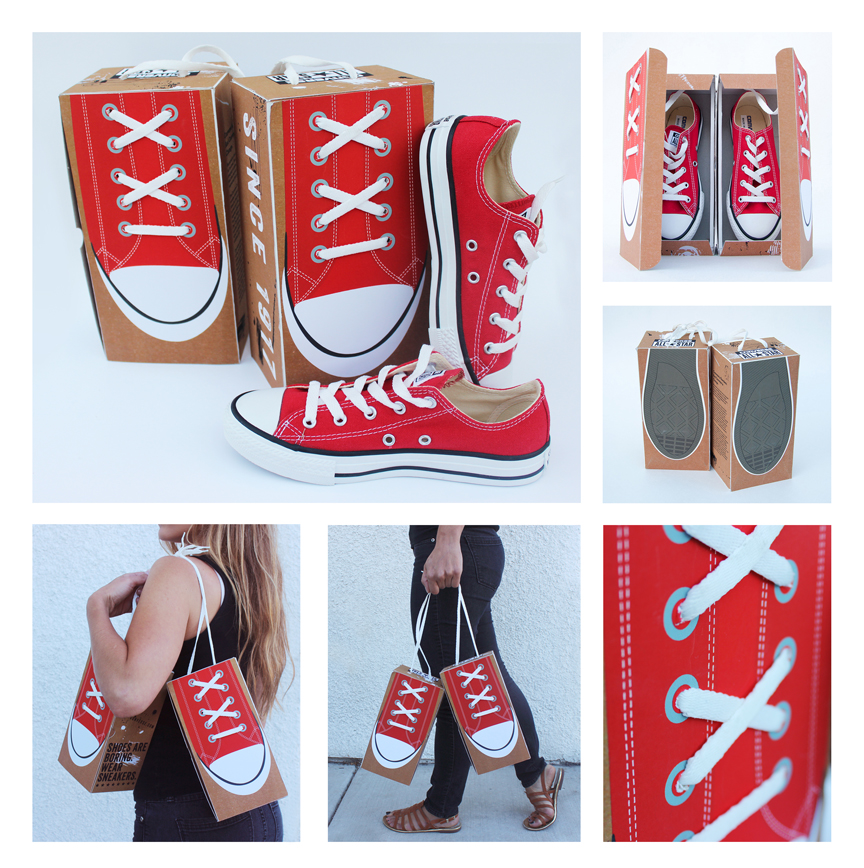 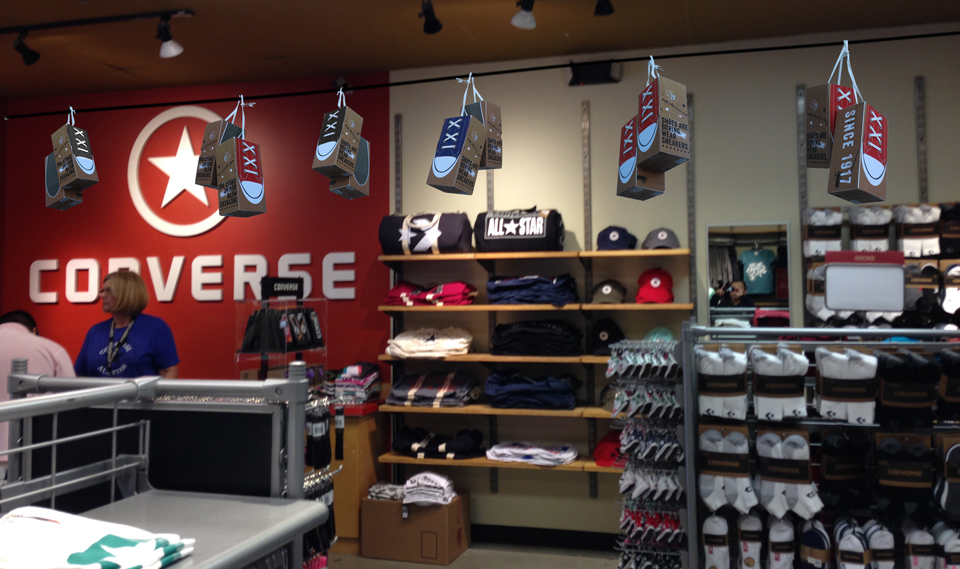 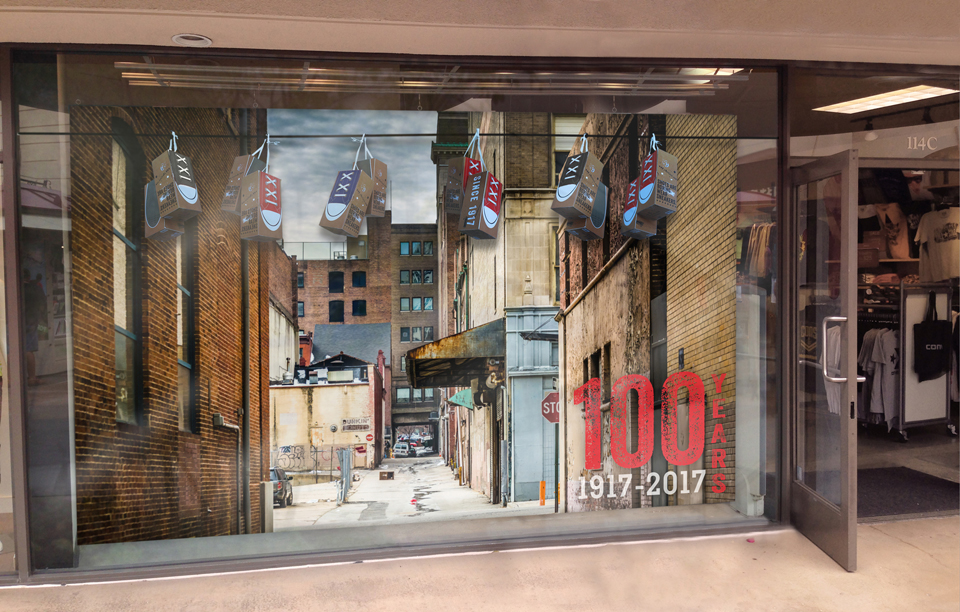 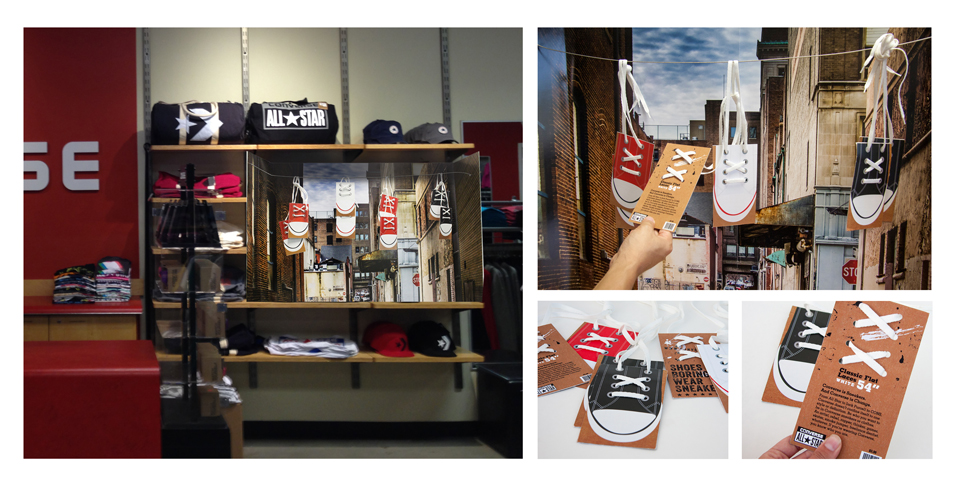 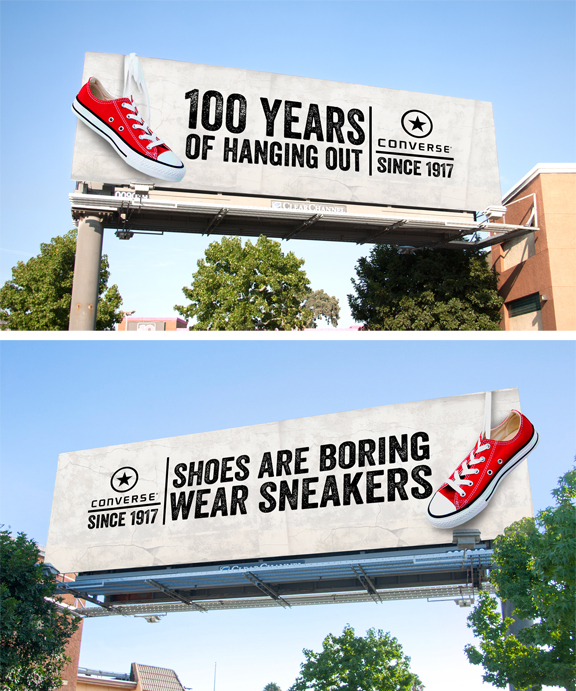 Title
Converse "100 Years of Hanging Out"

Converse is an iconic brand with a timeless, classic style. I wanted to design packaging that would pay homage to the longevity of the brand and capture the culture of it. While researching the history of Converse, I discovered they started in 1917, which led to the idea that I would design this campaign for their 100th year anniversary.

The goal was to create a unique shoebox that would be fun to display in-store, to carry, and to keep in a bedroom (much more than just a box to throw out or stash away in the back of a closet). In brainstorming for ideas, I kept going back to the concept of throwing a pair of Chuck Taylors over a telephone wire. It’s a sight seen in every urban community, and I thought there was a solid idea there.

I started with the illustration of the shoe and made business cards to get the layout and look and feel right on a much smaller scale.

From there, I knew each shoe would have to have its’ own box with laces coming out from the top, so I had to consider adding different content to four sides instead of just two.

After the shoebox, I rolled out the shoelaces packaging as a fun, new way to display laces that would also show how long they are and fit in perfectly with the concept.

The campaign had to have an urban look for the POP displays and I really wanted it to take the customer out of a typical retail setting by adding a city backdrop and wire for hanging the packaging.

I wanted to create a look that was neither too grungy, nor too clean-cut. I wanted something that appealed to the unique sub-culture of Converse fans, but also to a more mainstream audience.