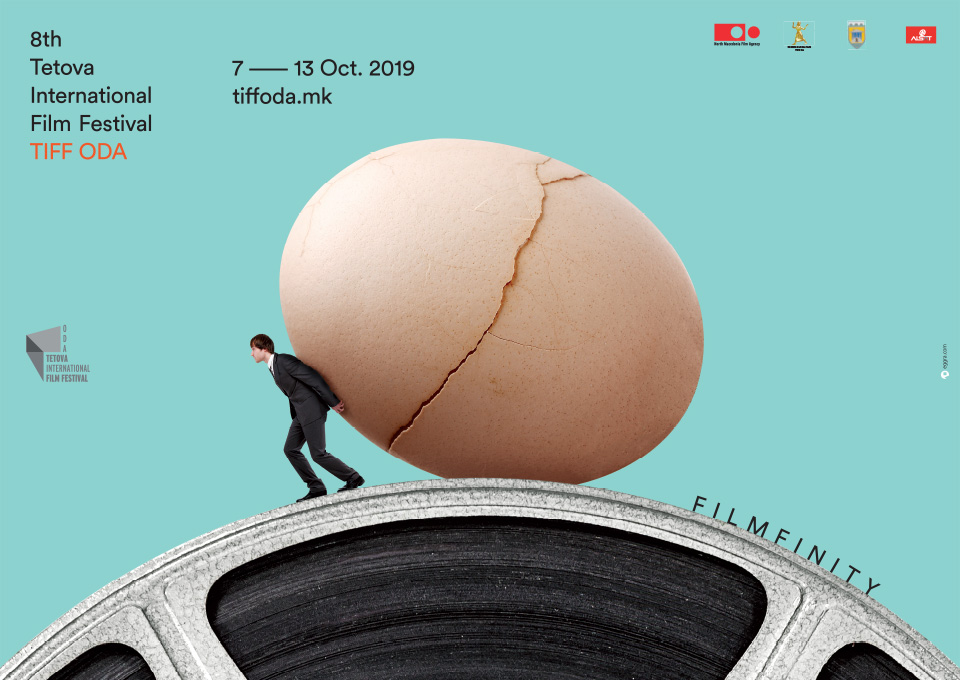 Tetovo, it is the Egg of Infinity! Once some people of Tetovo talked about what the origin of the name of their town was. A learned man, who spoke many languages, said to them. “Tetovo is full and beautiful like the egg of infinity. The ancient peoples consideredthe figure ‘8’ as a symbol of infinity. In Albanian ‘tet’ means ‘eight’...” “ Stop! The figure ‘eight’ you are talking about in not upright but lying!” somebody interrupted him. “Hold on! The second part of the name : (Tet)’ovo’,means ‘egg’ in Latin. And the egg, no matter how you turn it, is not standing!” answered the clever man from Tetovo. — Ferid Muhić (2006)

Broken egg is a hope, not as broken heart, broken glass, broken leg. Something new and big is coming. New films on the film festival in Tetovo.