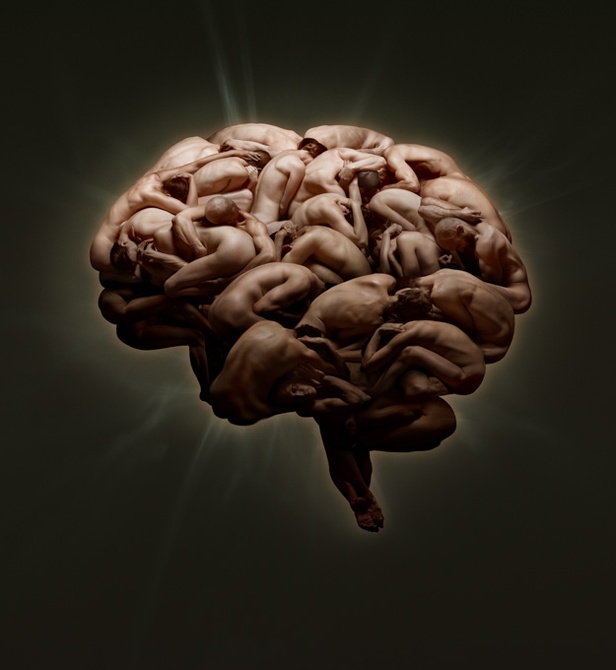 We were tasked with creating an image to be used for the promotion of a dance performance called "Synaptic Motion", by the dance company Capacitor. The concept of the season was for the company to explore "What creativity looked like in the brain". Some of the show's visuals included brain scans of dancers creating movement. I thought it would be interesting to look from inside the brain to the outside of the body. Once the idea of making a brain out of bodies was solidified, the rest was a production exercise, but fairly straightforward.