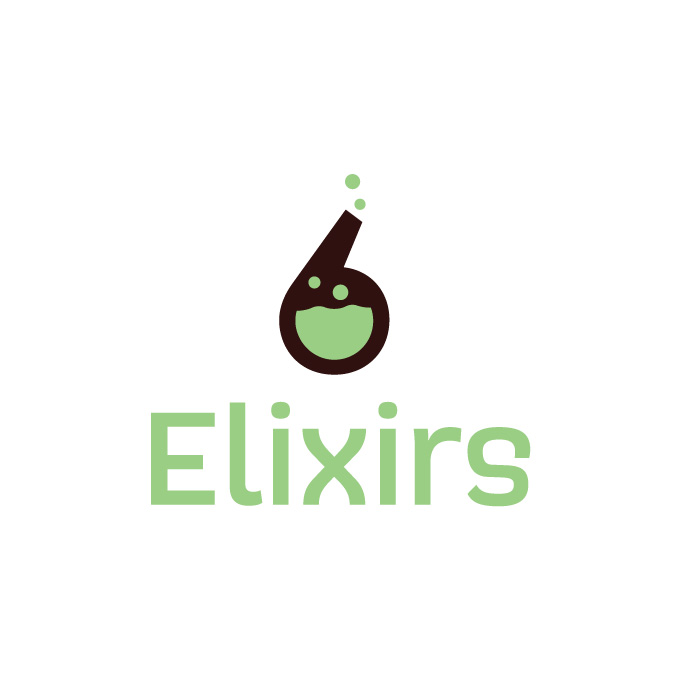 This assignment will focus on the research, development, and refinement of four (4) conceptual “letterform” logo designs.

I approached this project by combining the number six and a beaker. I began expanding and refining the idea by adding a touch of fantasy to the logo. Then, I began to develop the mark for a boardgame about alchemy. The concept I had for the game included players collecting potions called "Elixirs." The beaker represents the elixirs that the players collect, and the six represents the number of elixirs in the game.

Elixirs is the finished mark, a sucessful icon that is simple but dynamic. It evokes the feeling and movement of a potion brewing. The type is nicely united with the imagery of the potion, such as in the similarity of the bubbles to the dots of the i's.