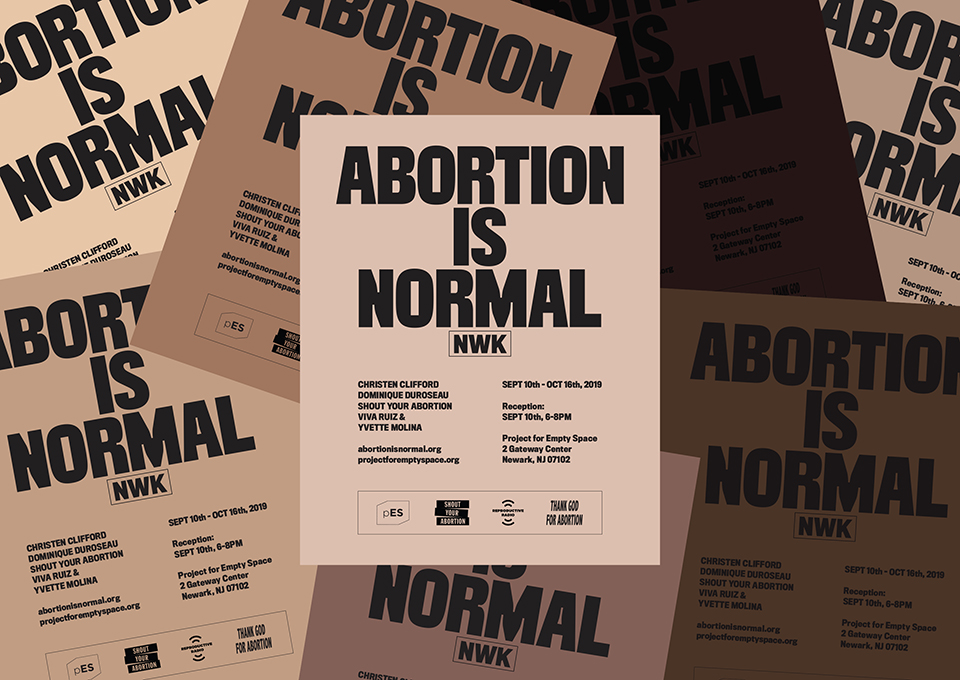 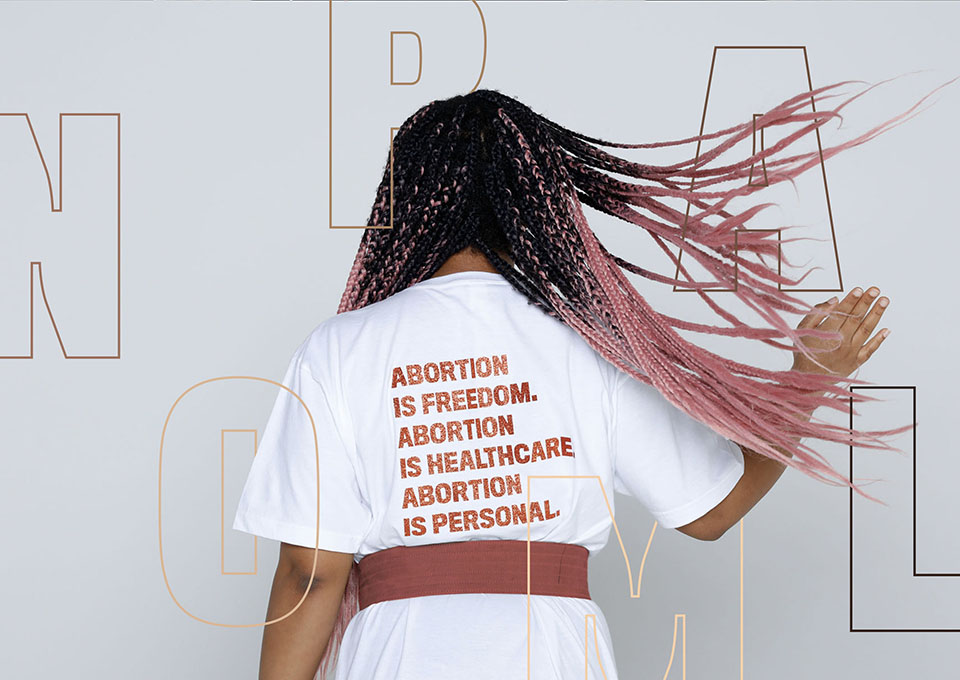 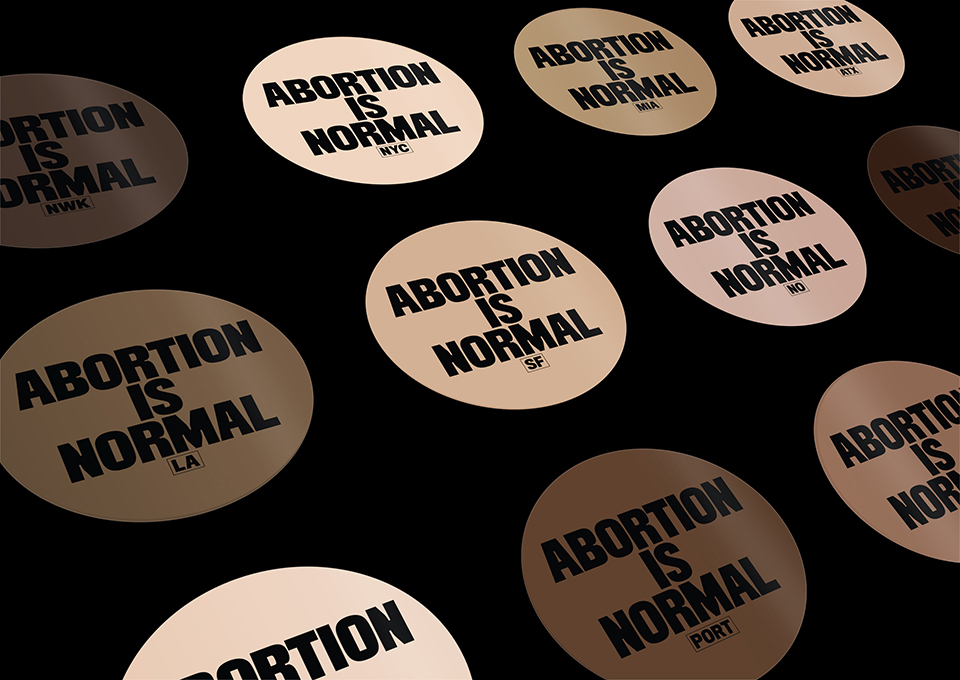 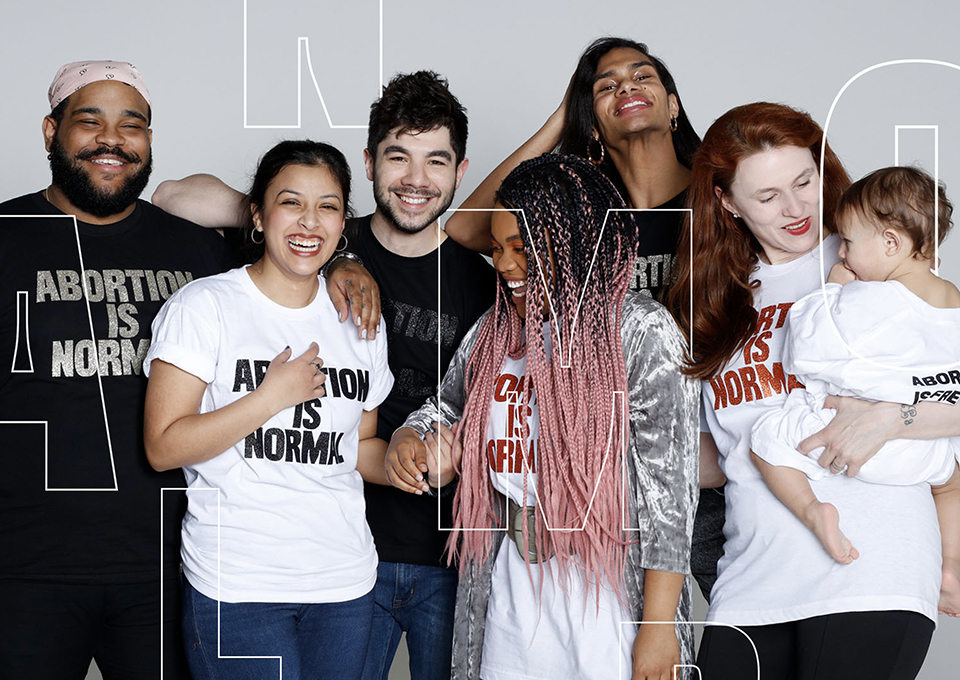 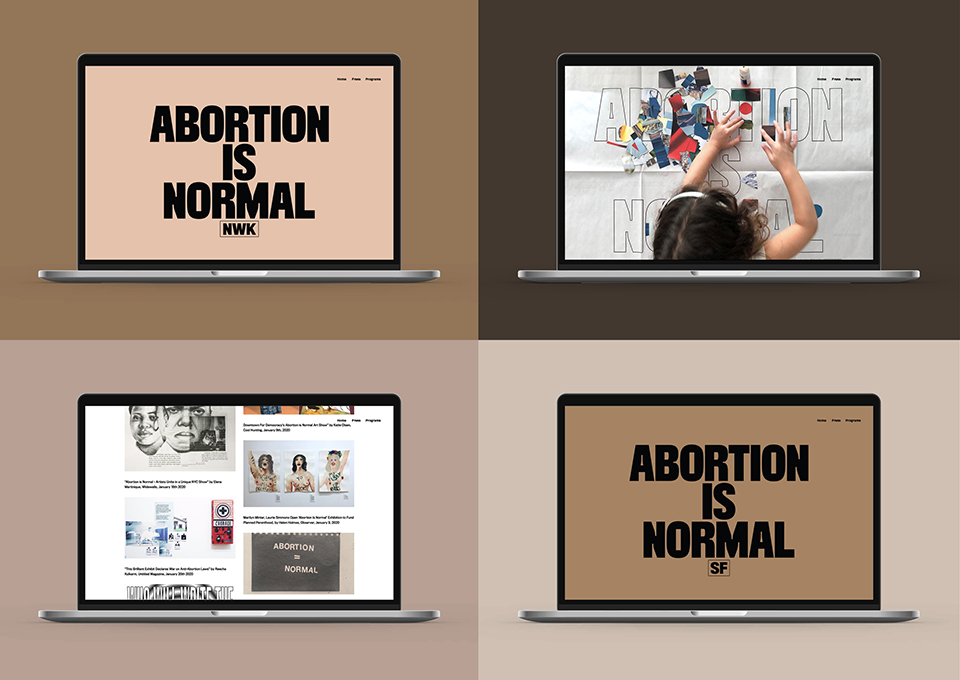 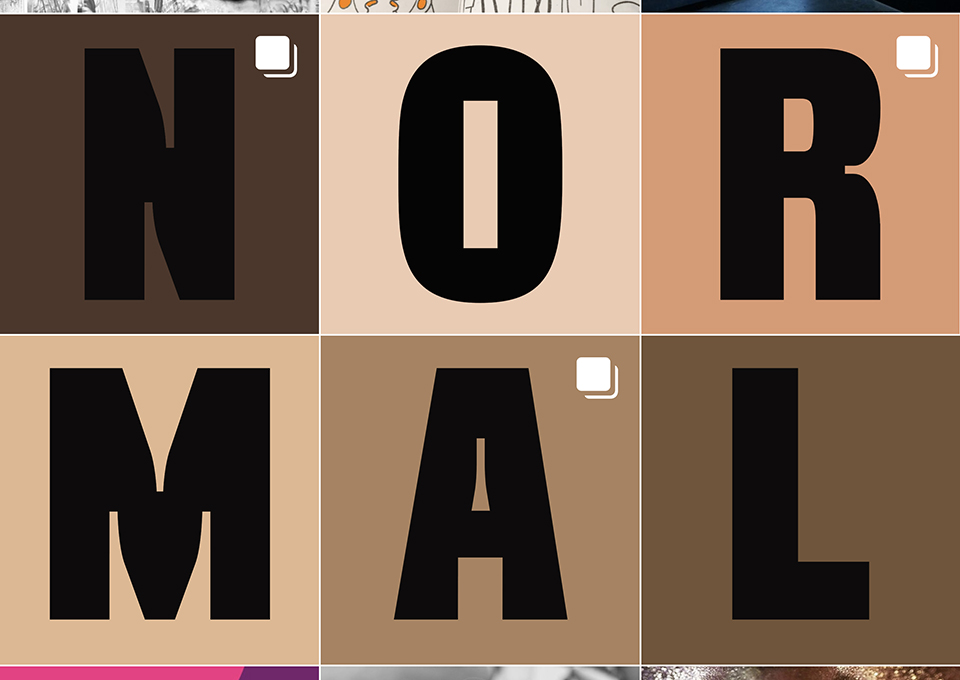 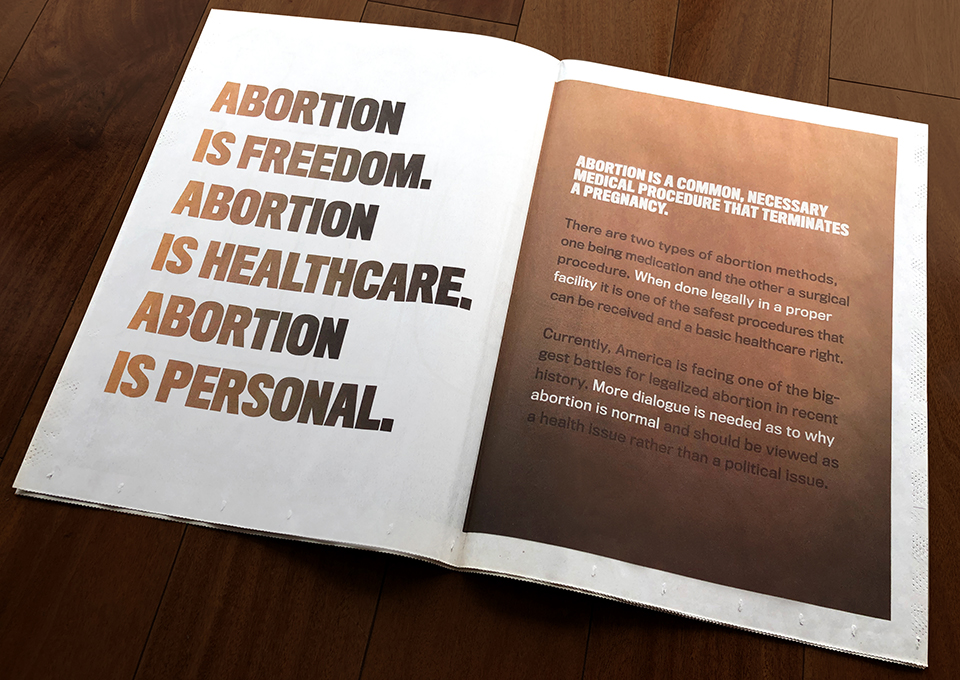 ABORTION IS NORMAL is an emergency exhibition organized by a collective of cultural practitioners as an urgent call-to-action campaign to raise both awareness and funding in support of accessible, safe, and legal abortion.

ABORTION IS NORMAL comes at a time when legal abortion is under acute attack throughout the United States. Simultaneously, the 1973 landmark ruling, Roe vs. Wade, which federally sanctions the right to choose, is in jeopardy of being reversed. The exhibition brings together a heterogeneous array of artists countering with their personal response to abortion and abortion access in order to create an inclusive and empathetic entry point to this conversation. Not all of these artists have necessarily personally had an abortion; however, the underlying thread of this exhibition is that abortion and reproductive health affect everyone.

ABORTION IS NORMAL is about access, open conversations, acknowledgment of intersectionality, inclusivity, and visibility within the context of a conversation on reproductive rights. It strives to be multi-centered in its approach; acknowledging both the nuance of who is affected by legal abortion as well as who is affected by the potentiality of relinquishing safe and legal access to care.

The visual collateral for ABORTION IS NORMAL (2019/2020), is a reminder of the breadth and scope of the individuals who have the right to body and reproductive autonomy. It is our mandate that the right to safe, legal, and accessible abortion and reproductive healthcare is for everyone, and affects everyone — regardless of race, economics, or gender identity. We also acknowledge, in this identity framework, that not all safe, and legal, reproductive healthcare is accessible for everyone: we understand that intersectional oppression plays a key role in how this fight for autonomy is framed — and finally, we hope that by acknowledging this, through this visual language, that we can make steps towards change.

The ABORTION IS NORMAL campaign is inclusive, and embraces the intersectional challenges of reproductive rights. The palette’s sentiment for this identity was partially inspired by the work of artists who traverse the artscape between representation and conceptualism — like Kameelah Janan Rasheed (Flexin’ My Complexion, 2014), and Byron Kim (Synecdoche, 1993) who acknowledge and assert the reality of a diverse America. In representing diversity and intersectionality, we felt responsible for the people we wanted to reach. Alternating skin tones populate all campaign applications with a bold typographic message, treated as a statement that feels stronger because of its “abnormal” counter forms, positioning each word in its own line so “IS” (present tense) makes “normal” real and now.

The campaign includes a variety of digital and printed components that are all working in tandem to reach an audience of everybody. The online collateral includes a website, a social media component that allows one to select a tone of the palette that represents them best and share in solidarity, as well as animated gifs that promote action. The printed collateral included an educational, participatory foldout and stickers. These were free and act as a gesture, reinforcing the idea that abortion is an “everybody” issue.

A line of Tshirts accompany the campaign with glitter vinyl typography offered in a variety of colors. The front is masked with the logo, and the back speaks to abortion’s essential place in the healthcare system.

The identity for ABORTION IS NORMAL was created by Chantal Fischzang and Rebecca Pauline Jampol.

“Its organizers call it an “emergency exhibition,” prompted by a series of challenges to abortion rights. The premise of the show, titled “Abortion Is Normal,” is that a procedure that’s been subject to so much controversy should instead be accepted as an ordinary part of health care.”
— By Jillian Steinhauer, The New York Times

The exhibition saw close to 5,000 people in a span of four weeks. The identity was key in communicating that this series of exercises around reproductive freedom was developed for everybody. The words ABORTION IS NORMAL flooded social media channels in a wide variety of fleshtones, prompting viewers to acknowledge autonomy.

Take-a-ways reiterated and educated. Viewers left the exhibitions wearing stickers as badges of bodily freedom. The foldouts were for further contemplation, and understanding, around access and repercussions of criminalizing abortion. We acknowledge that not all have had an abortion, or feel great about the abortion that they have had — this piece can be taken home, read and discussed. The participatory element became a way for others to create action. They simply filled out the words “Abortion is Normal” with thier own voice and posted to the medium that felt best, or hung in their homes. The foldouts were distributed not only at the exhibition, but in educational and art spaces. The organizers shipped upon request.

Additionally, the effort raised substantial financial support for Planned Parenthood and voter education for the 2020 elections.