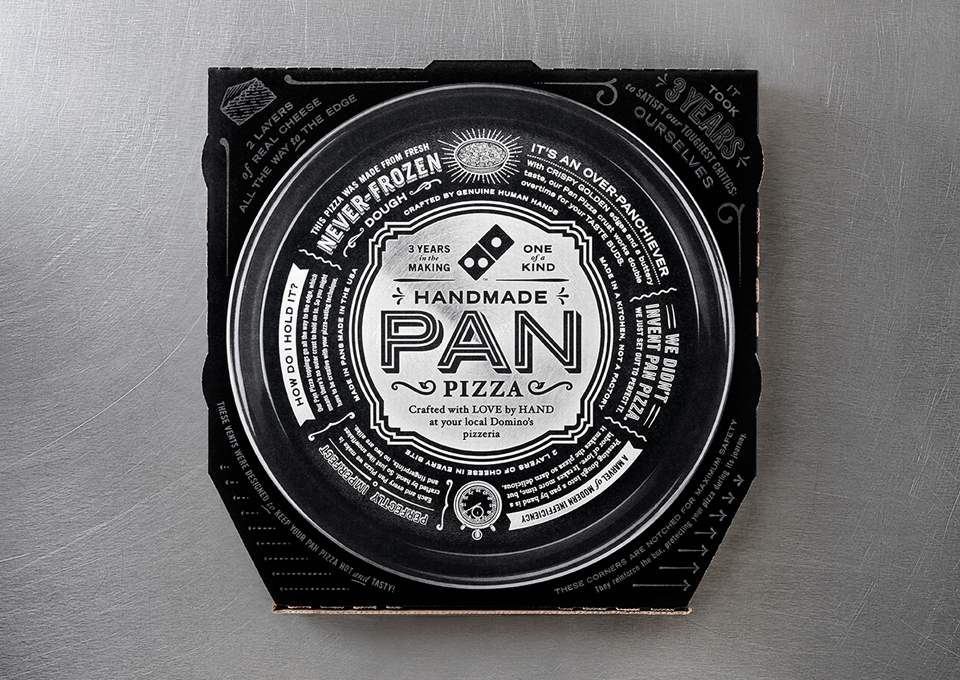 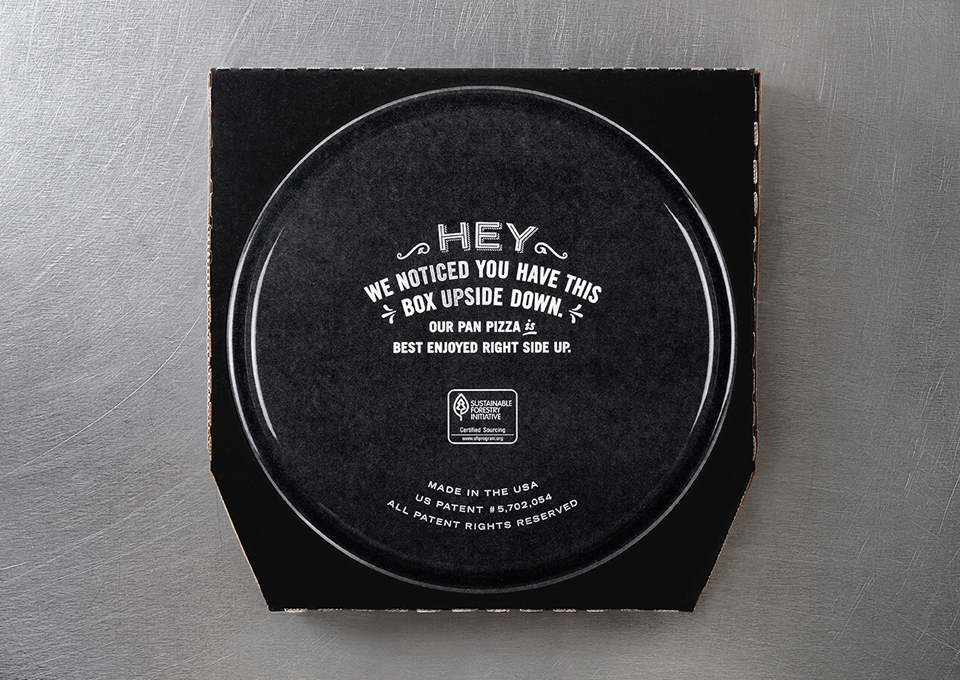 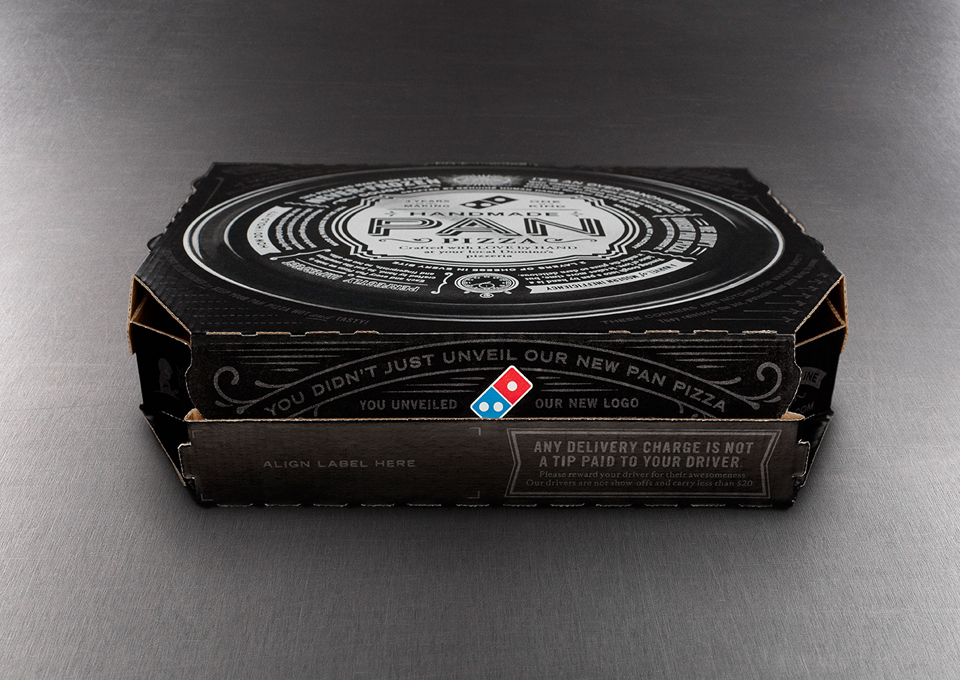 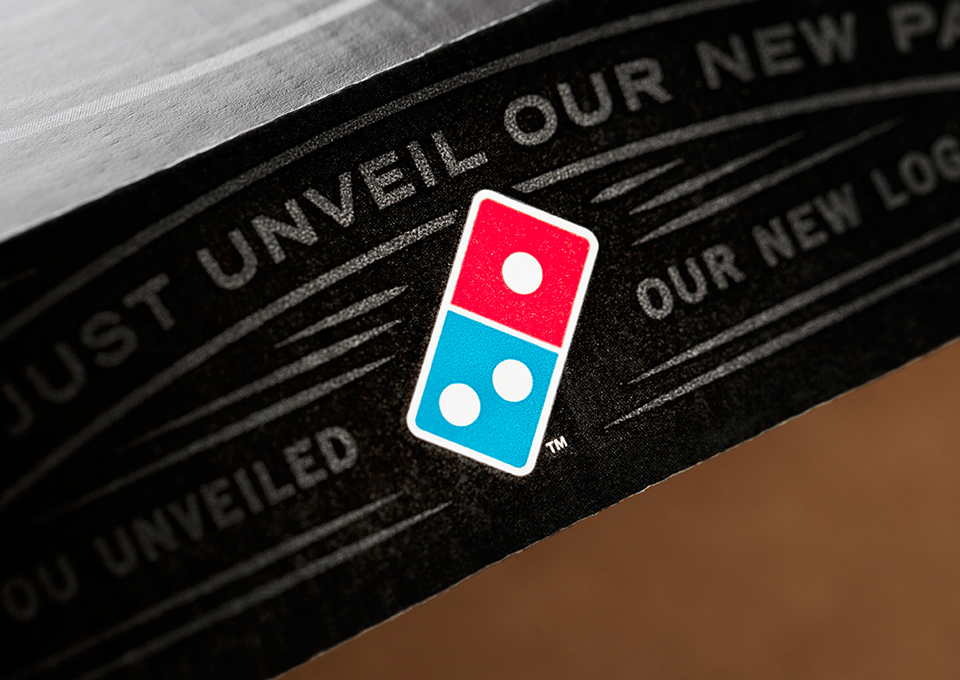 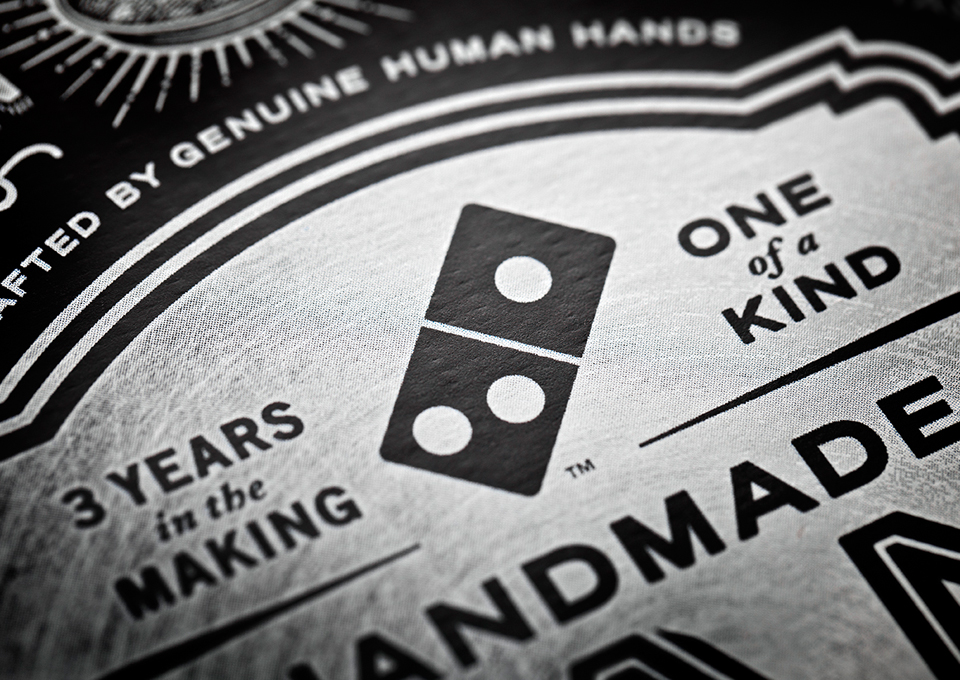 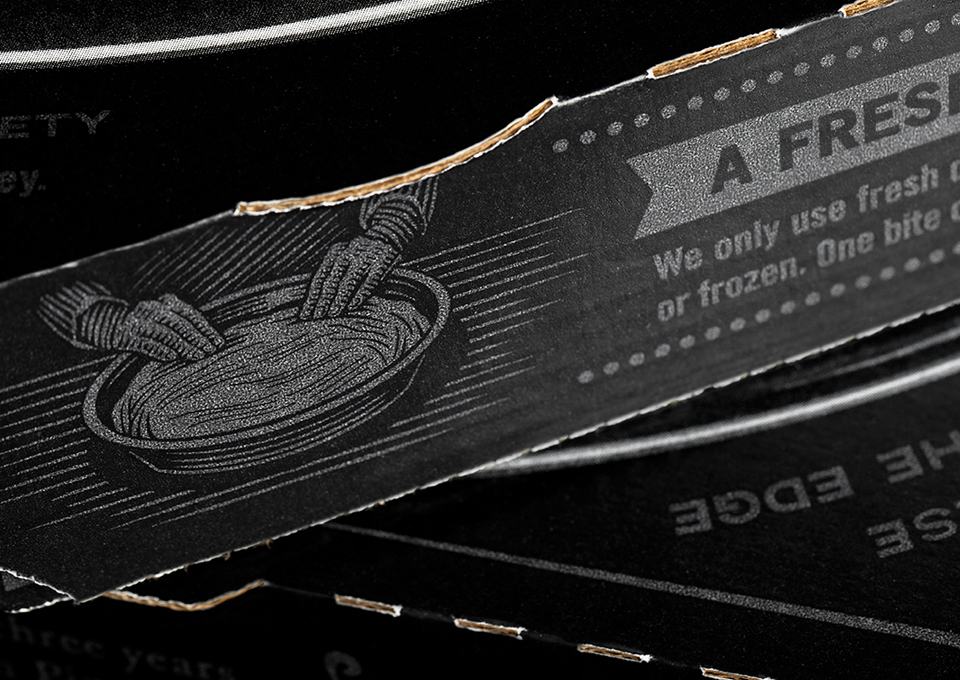 In summer 2012, CP+B was tasked with creating new packaging to hold Domino's newest product, the Handmade Pan Pizza. The objective of the box was to promote the new pizza nationwide, emphasizing the craft, care, time and pride put into Handmade Pan Pizza and to distinguish it from other Domino's menu items. Domino's target audience is hard-working families who seek fast and convenient meals to fuel their busy lives. They look for value and quality in their food, which reinforced the importance of showcasing Domino's commitment to hand-making each Pan Pizza using fresh ingredients, right on the product's packaging.

To celebrate the launch of Domino's new Handmade Pan Pizza, we designed a special limited run of Pan Pizza boxes. The box design nods to the black pan the pizza is baked in, the craftsmanship of handset typography in Victorian-era advertisements and the handcrafted Domino's Pan Pizza itself. The nearly all-black box is jam-packed with trivia, how-tos and fancy filigrees. Interesting facts found on the box include how the new recipe took three whole years to develop, and how each is made with fresh, never-frozen dough. Pizza boxes haven't been so elegantly informative until now.

After weeks of concepting, we emerged with the boldest, sleekest packaging we've ever presented. Our clients were equally excited at the opportunity to release such an unexpected design to market and launched with a production run of 5,184,000 boxes across the US.

We received an extremely positive consumer response to the box for both its unique design and its message that Domino's is rewriting the rules and launching a product that will make consumers rethink the quality of its pizza. The box received press recognition from The Denver Egotist, foodrepublic.com, GrubGrade, Packaging of the World, UnderConsideration and a slew of other various blogs. In the socialsphere, the box design garnered 1,628 total posts across Facebook, Twitter and Instagram—as well as 600,919 total potential impressions on Twitter alone.