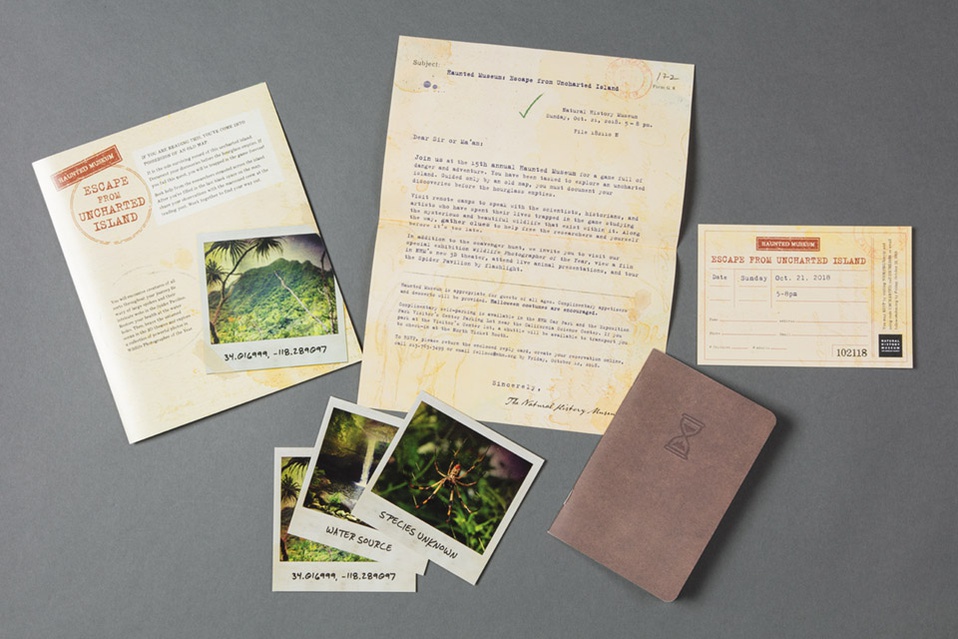 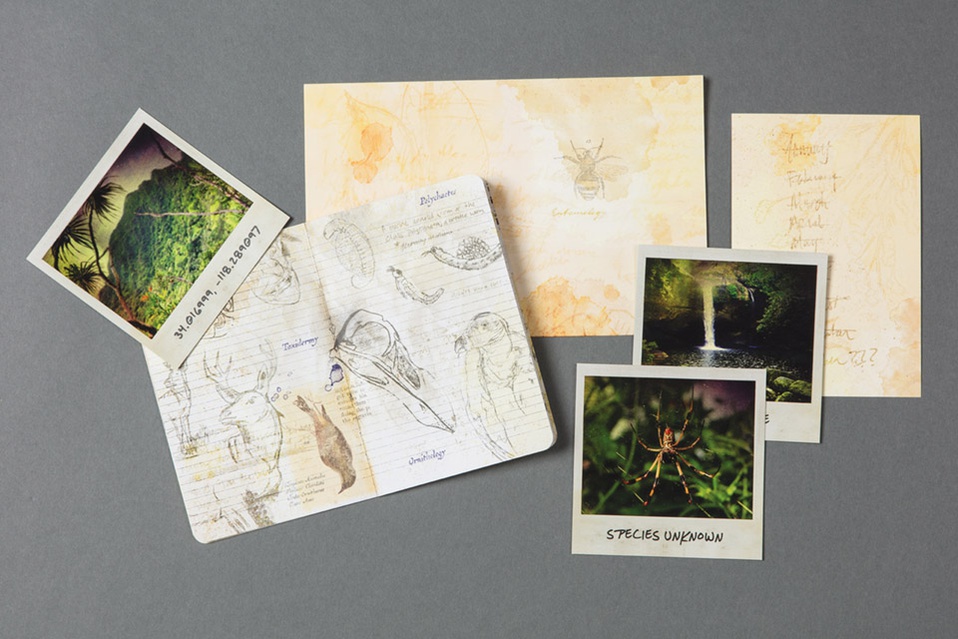 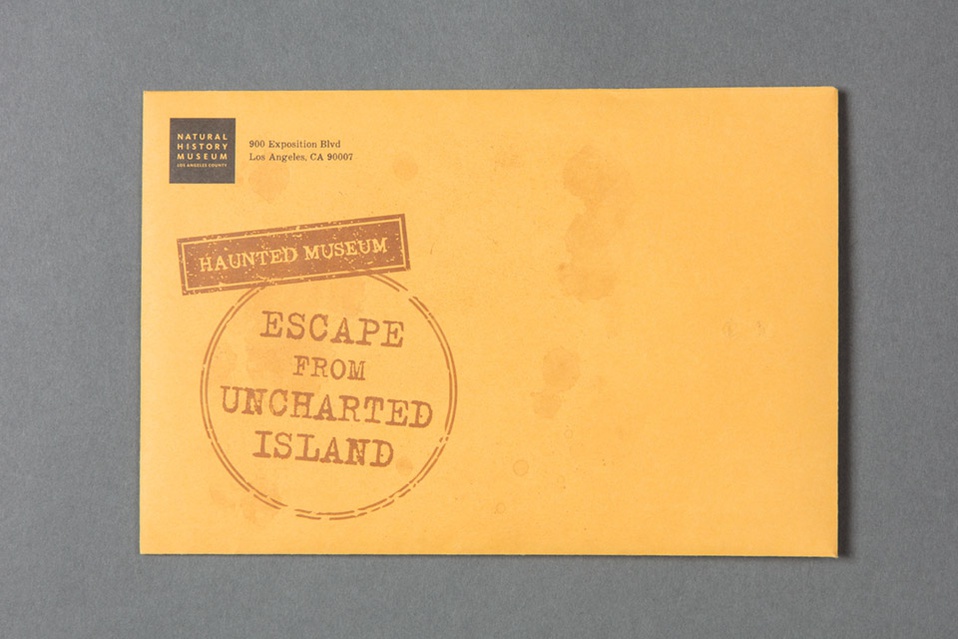 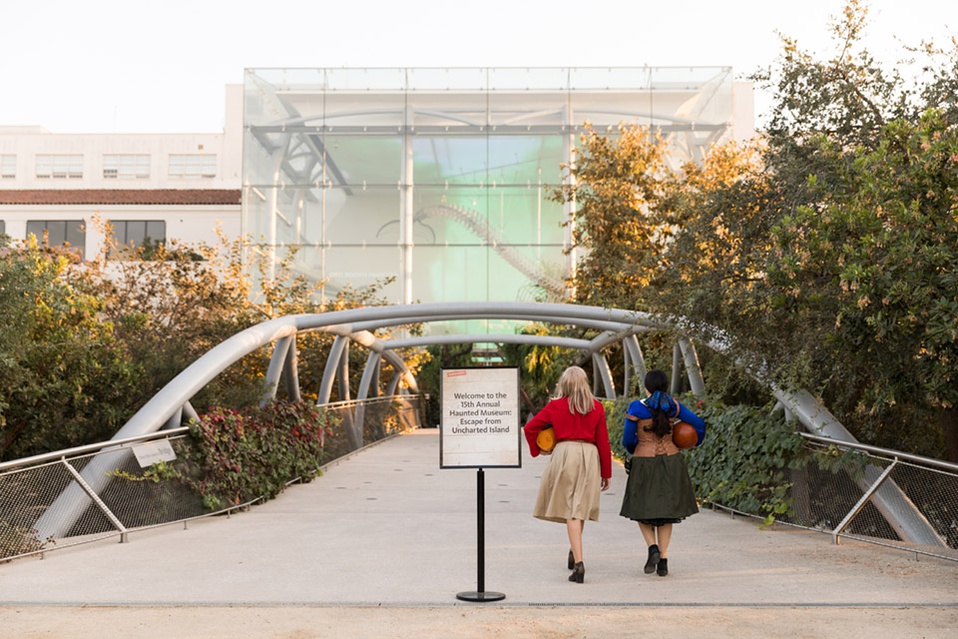 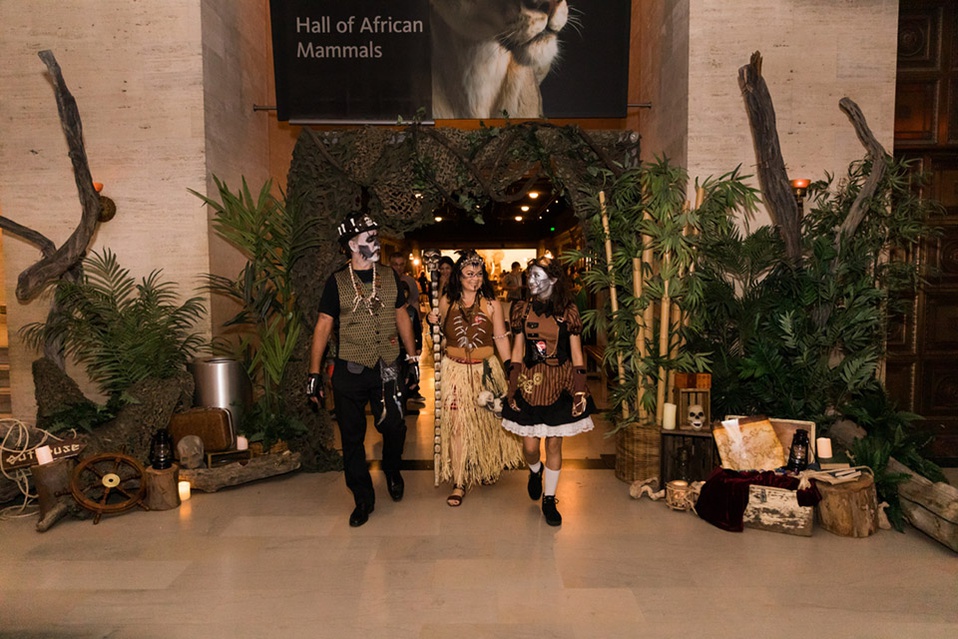 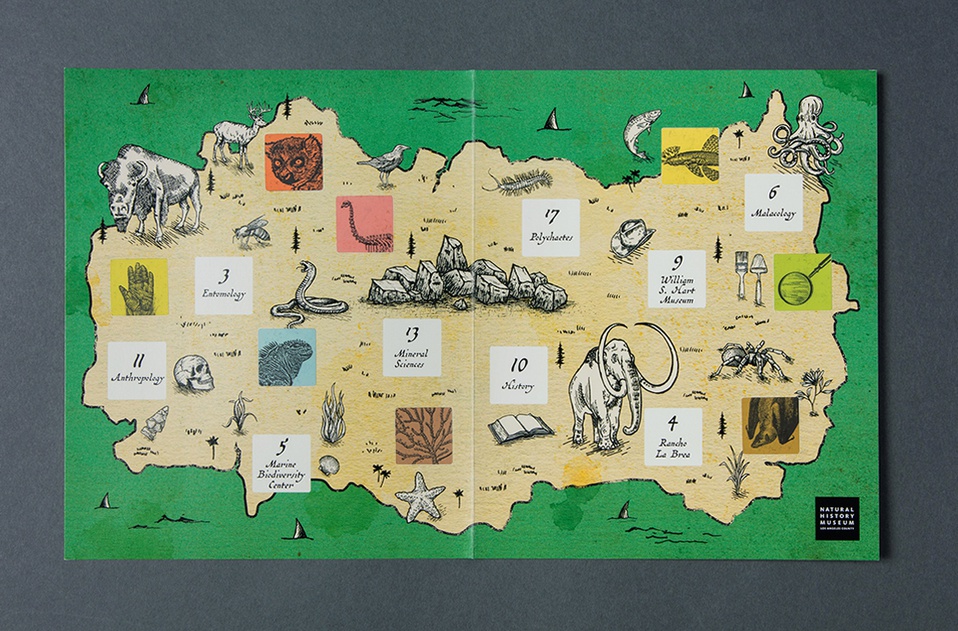 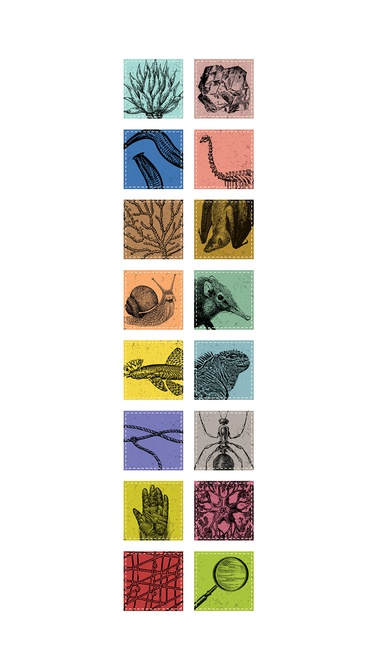 Invite and on-site map for NHM's annual “Haunted Museum: Escape From Uncharted Island”. NHM members received a mysterious envelope which contained a cryptic letter inviting them to the "island", where a variety of scientists, historians and artists are trapped and need their help to escape. Envelope includes RSVP card and a hand-drawn journal containing mysterious polaroids. For the actual event, guests were given a map of the "island" and instructed to visit different historical and scientific stations around the museum to collect special stickers. Once all stickers were collected, they were given a UV-flashlight to shine on the map, which revealed a secret message, and directions to escape the island.

The main focus around this concept was using analog tools to communicate and make your discoveries – Snail mail, Polaroid film, a hand-drawn journal, a typed-out note, and an old weathered map. We wanted to give the concept an air of authenticity and spookiness while still remaining fun and kid friendly.

We heard reports of non-members paying the membership fee JUST to attend this super cool event (after seeing the invitation of course).