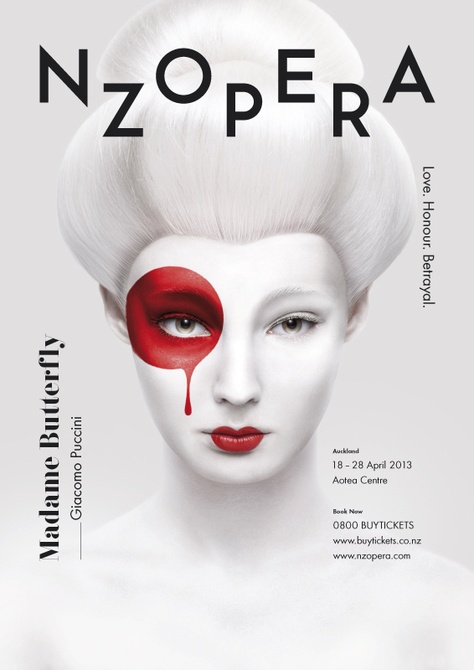 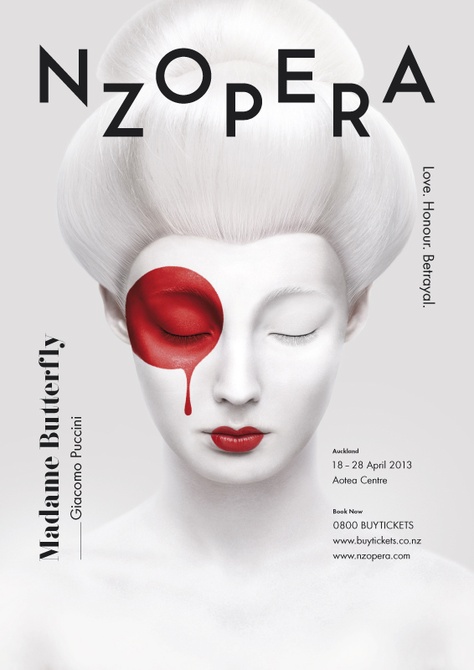 As the country’s national opera company, New Zealand Opera had a loyal following but recognised the need to reach new audiences.

The company lacked a strong brand and had previously relied on show-based identities, which by their nature are temporary.

A strong proprietary identity needed to be developed to lead communications and build longterm recognition.

The logomark is built around the idea of musical notation with a series of letters placed on a five-line stave.

The themes behind Madame Butterfly of love, honour and betrayal are combined to tell a story in a single image. The Japanese flag has been combined with traditional geisha makeup. The blood drips as she performs Jigai in the final act, taking her life, leaving her hairpiece white.