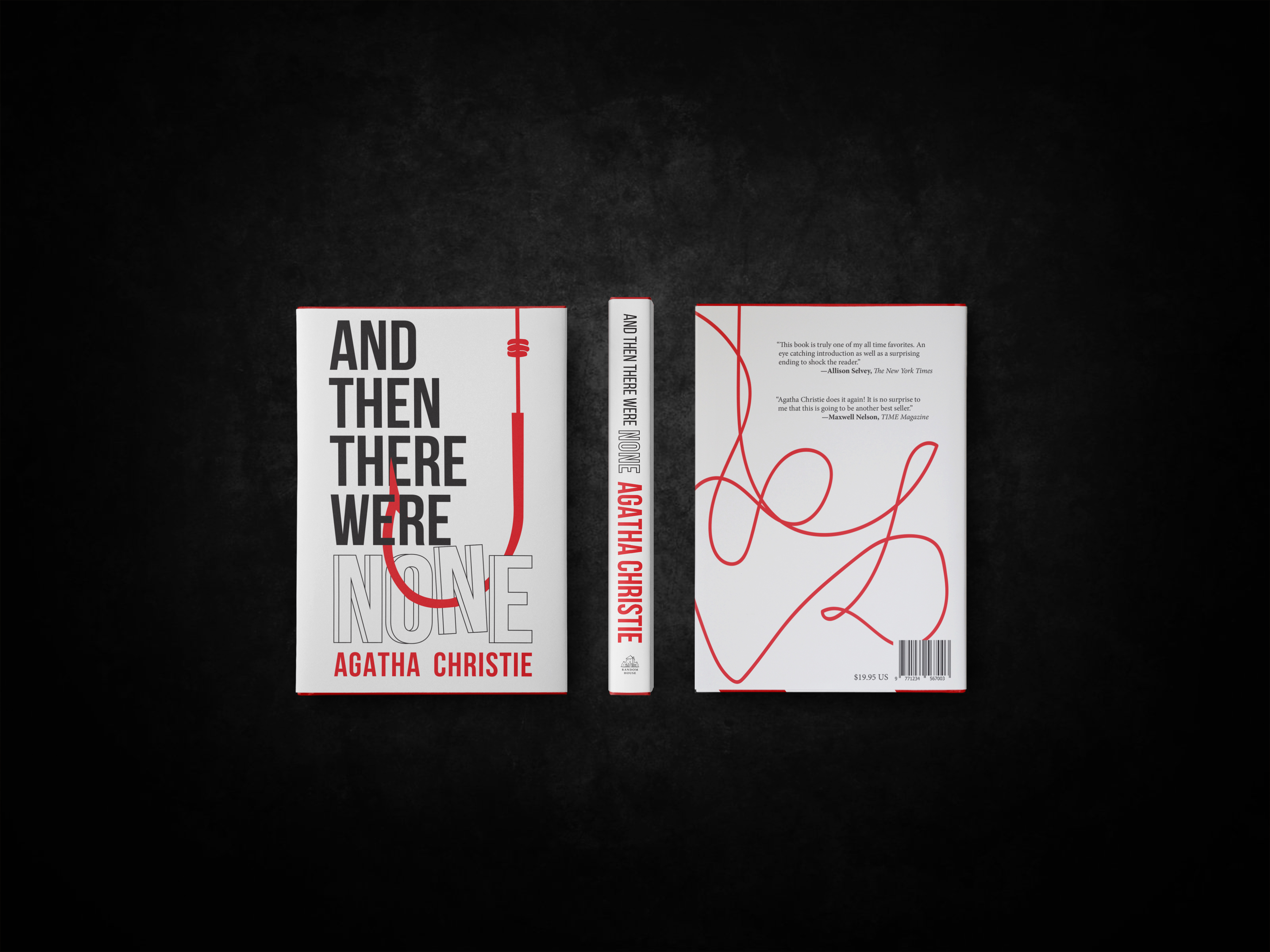 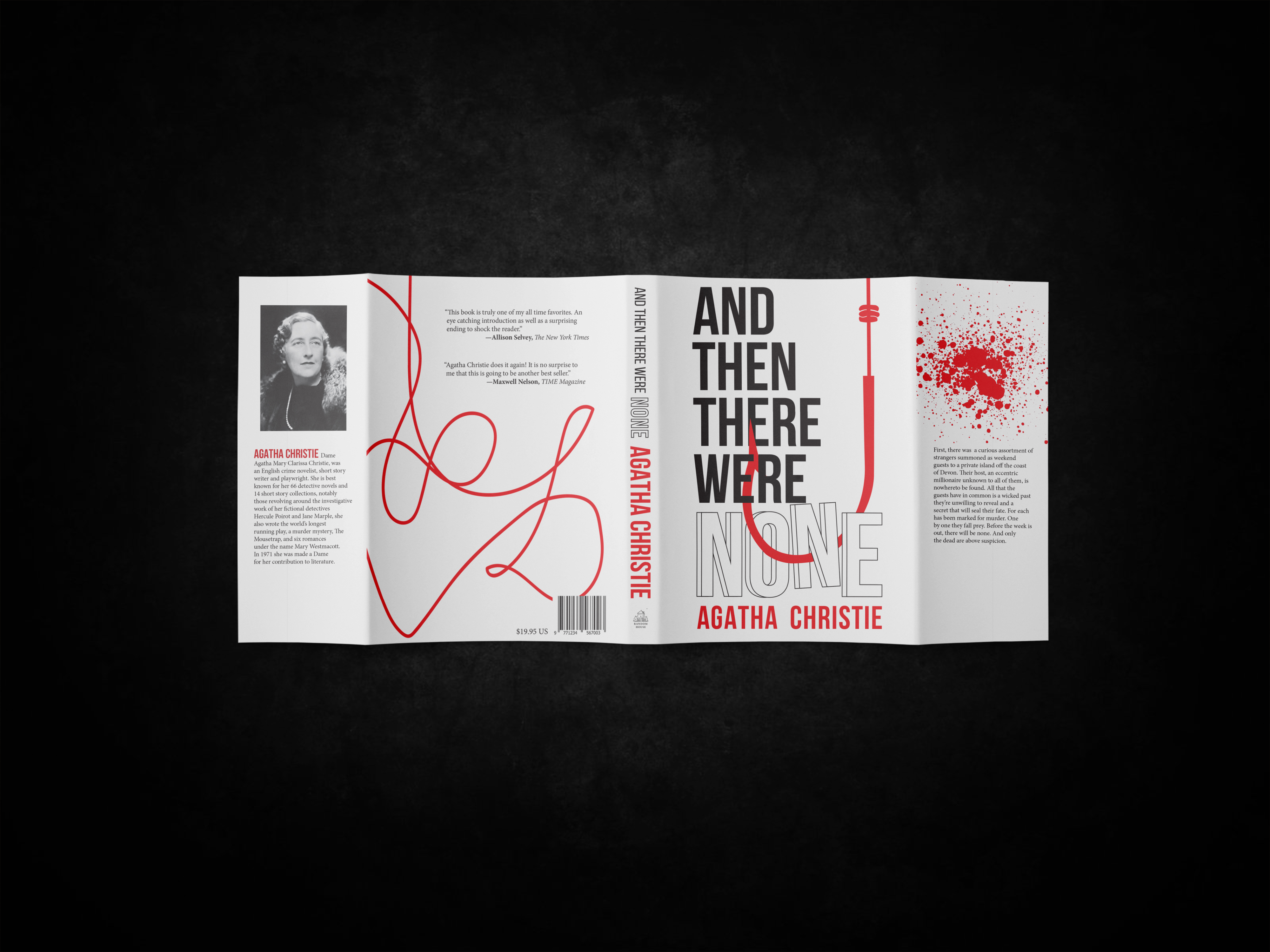 Design a book cover for any of Agatha Christie's books.

I chose "And Then There Were None" due to it's interesting story. After a group of people are lured to an island they are later murdered, the same act that they committed. I used a fishing line and hook as a metaphor for being lured. The color red was chosen because of its relation to blood and death, yet the letters are white in the word "none" as there is an emptiness at the end of the story.