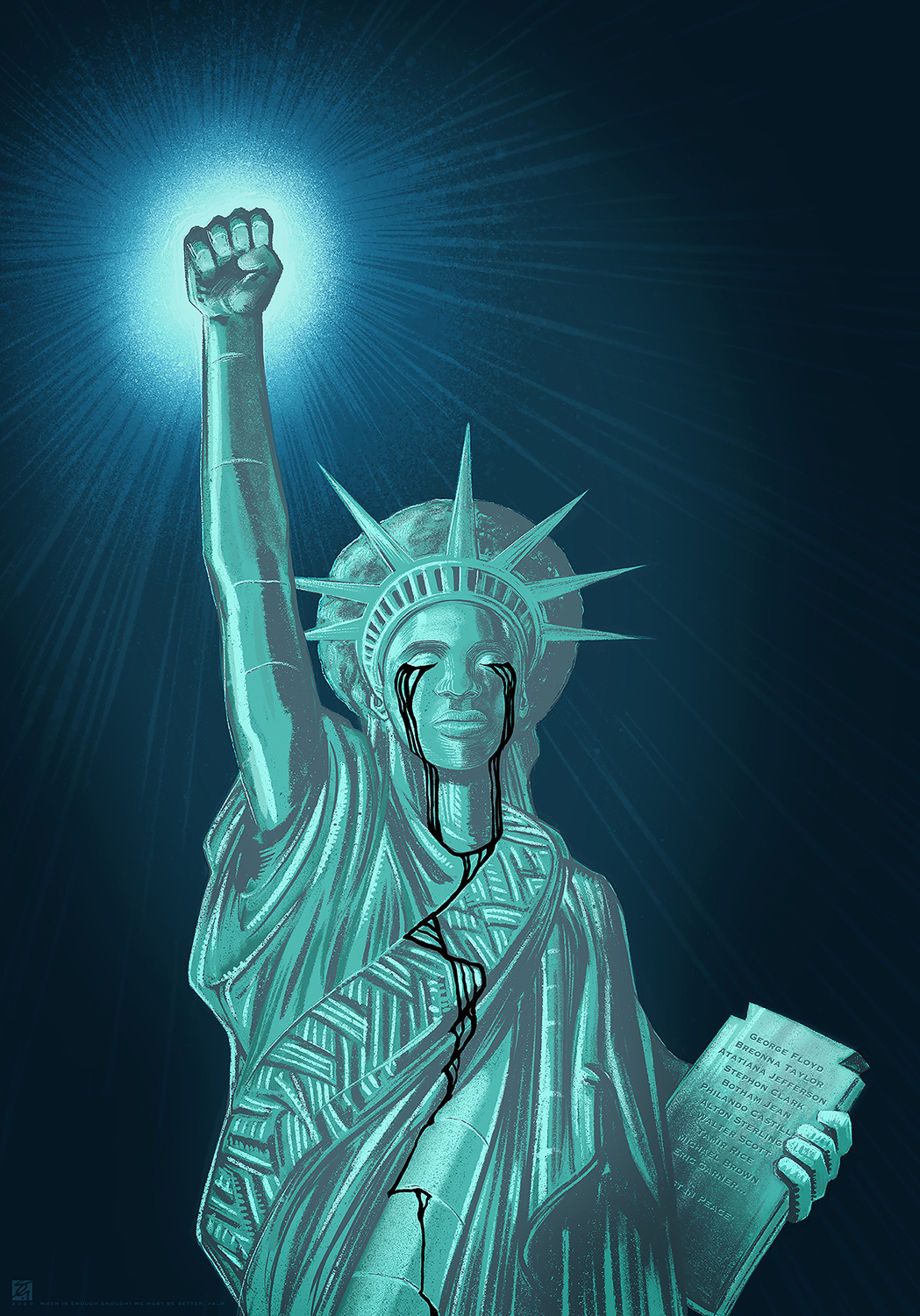 Like so many of us, the murder of George Floyd hit me hard. It wasn't that I finally woke up to institutional racism against African Americans- I knew this was an ongoing issue. But his death was so in your face, so visceral, and the police officer's apathy toward taking his life so evident during the arrest that it sucked the air out of me. I wanted to create an image that spoke to the system that creates these injustices and the attitudes that we have toward people who don't look like us. I thought, "What if our country's venerable symbols of friendship, openness, equality and liberty didn't look like me? Would the ideals represented still apply to me?

I selected the Statue of Liberty as my subject and started with a rough pencil drawing. I altered the elements that would make her identifiable as white, including facial features, hair, and a slight alteration to garb. The torch was replaced with the "Black Power" salute. I wanted the piece to be reminiscent in style of early 20th century National Park posters, so I inked it with a rough brush texture before scanning. The image was colored digitally, with care taken to replicate the same brush-feel as the inked piece. Colors were reduced to more closely mimic the intended poster style and ease the transition to screenprinting. The names of many of the more recent victims of police brutality were added to the tablet in memoriam.

The poster was shared online, garnering many comments and requests. I had giclees made to meet immediate demand, and am in the process of realizing a screen-printed version, with proceeds donated to raceforward.org.