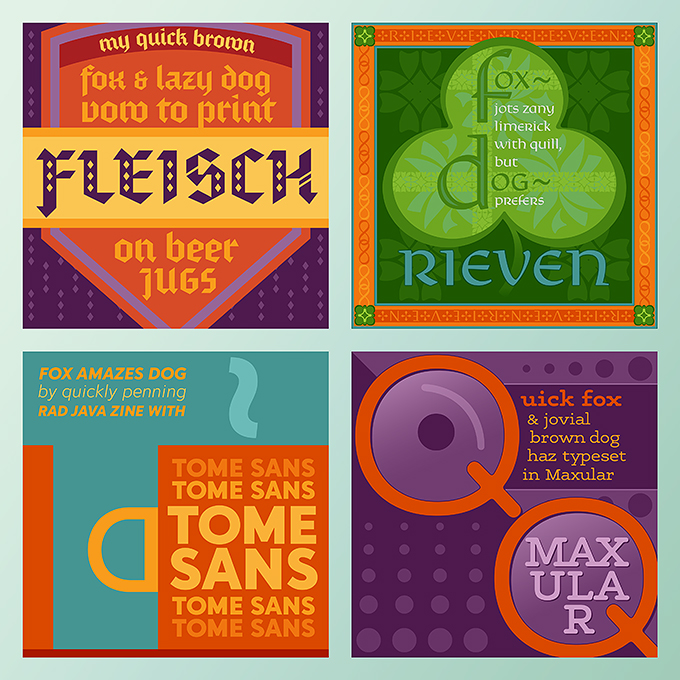 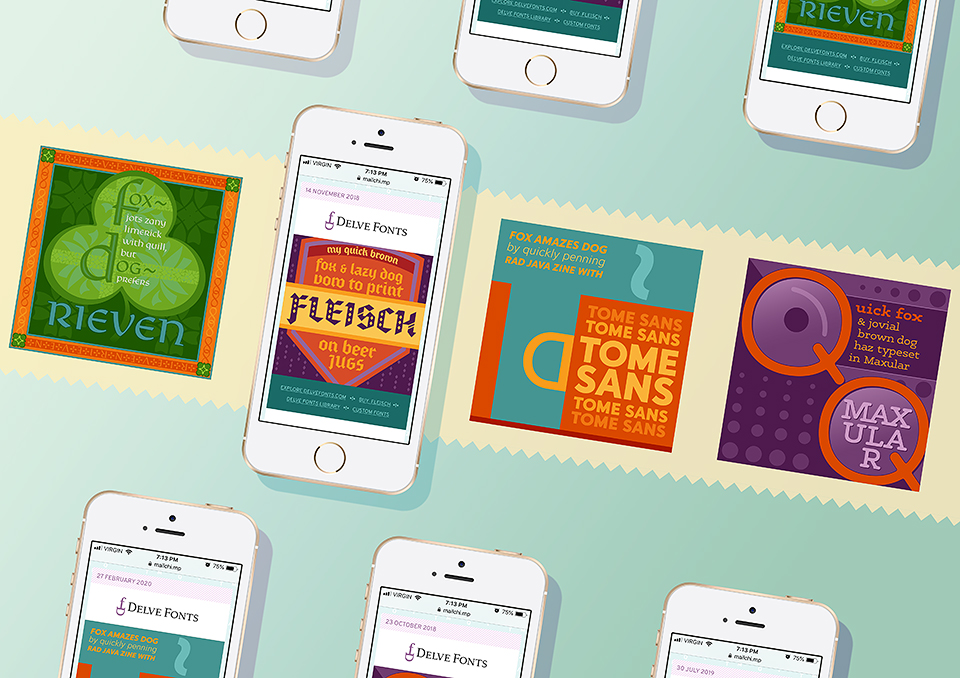 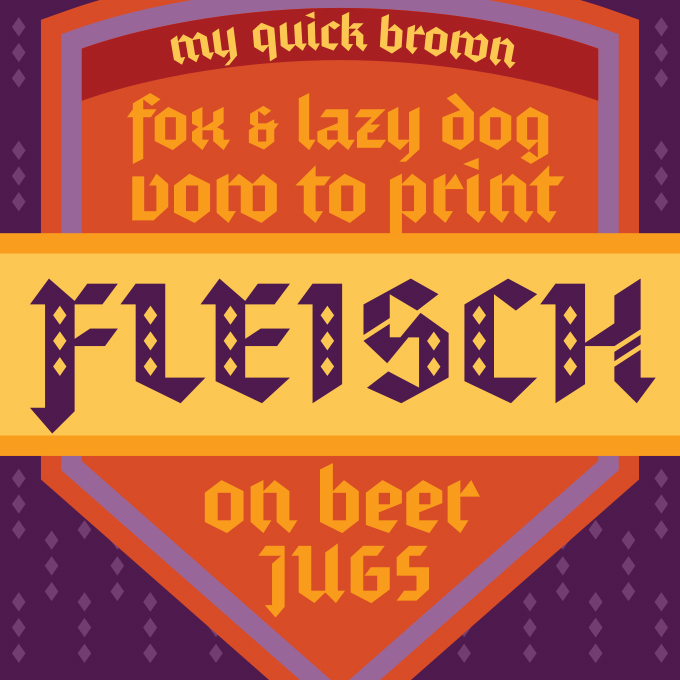 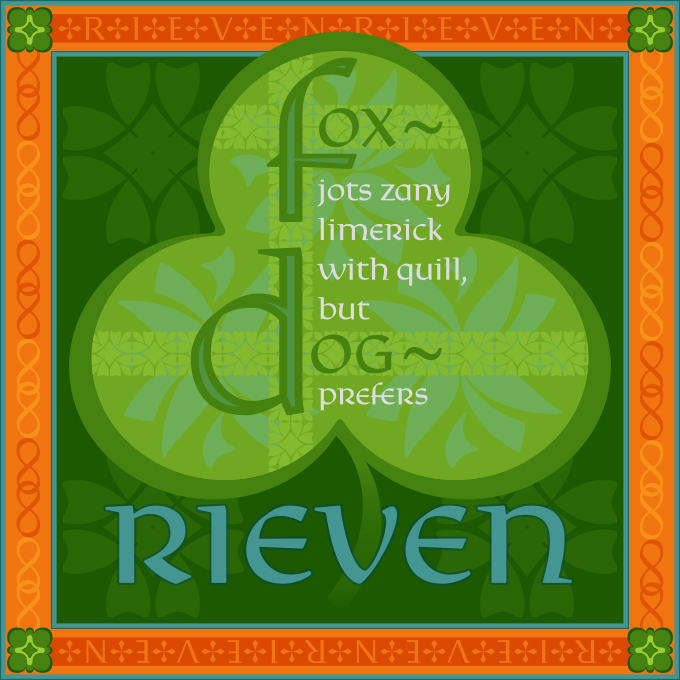 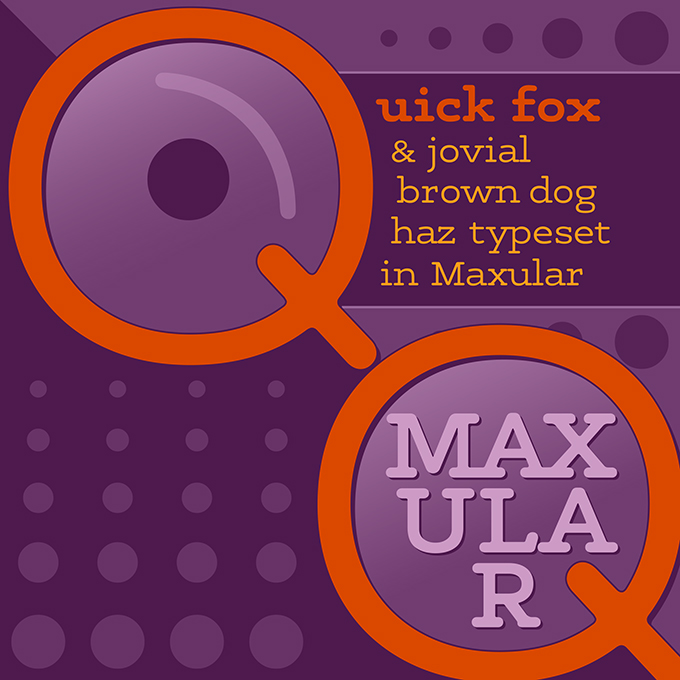 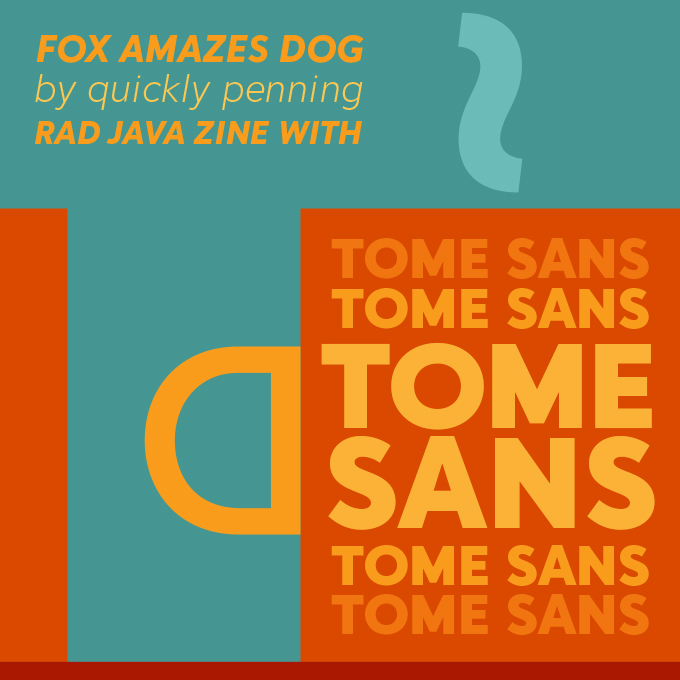 Delve Fonts, an Alameda, California-based type foundry, periodically sends emails to their customers featuring a font from their catalog. The emails open with a hero image; I was commissioned to create that image for multiple e-campaigns.

I envisioned the hero image as a creatively typeset pangram — i.e., a sentence that uses every letter in the alphabet at least once — advertising the foundry's featured font. I proposed that the sentence always riff on the classic pangram used for type specimens, "The quick brown fox jumps over the lazy dog." Other guidelines for the pangrams include:

Because the pangrams are square, they can easily be posted on Instagram if desired, making them useful for advertising fonts beyond email campaigns. The collection of graphics provides a colorful illustration of Delve Fonts' catalog in action, opening customers' minds to each typeface's creative potential.