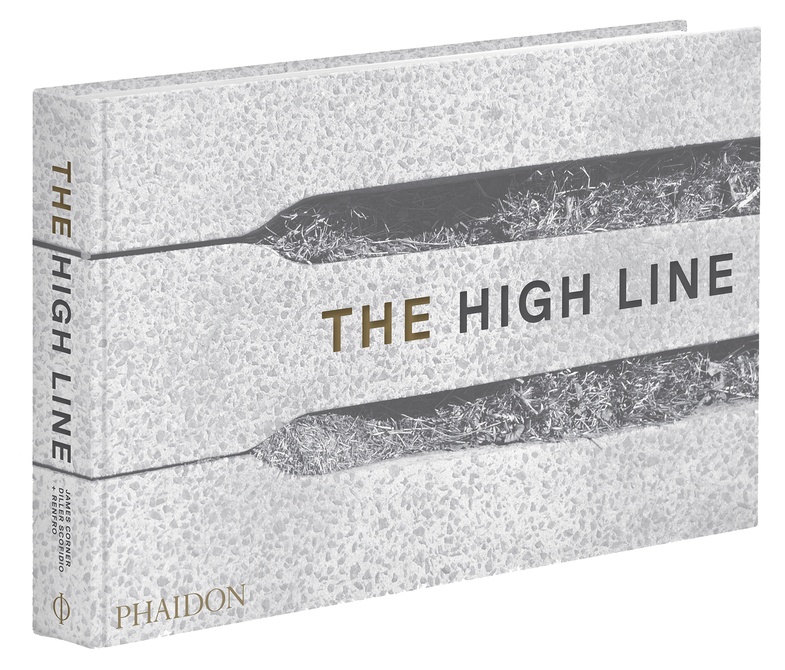 The project and goals of The High Line book were intertwined: to document, from the designers’ points of view, the process of designing and constructing New York City’s elevated linear park. Using documentation and archival materials collected, used, and produced throughout the project – never before published photographs (both old and new), historical research, existing conditions surveys, official reports, maps, letters, exhibits, architectural drawings, renderings, artwork, planting plans, and plant matrices - the book provides a firsthand, detailed account of the lengthy process by the park’s designers, James Corner Field Operations (JFCO) and Diller Scofidio + Renfro (DS+R); the book constitutes, in effect, a bound and annotated facsimile archive of the project. Accompanying commentary provided by JFCO and DS+R provide a first-hand, behind-the-scenes account of the entire process - from preserving a once-derelict abandoned railway trestle to the unforeseen result of creating one of the influential urban parklands in the world.

The process of creating the book was approached by JCFO and DS+R as a chance to both document and reflect upon the High Line project with the clarity of hindsight: to review and organize the myriad forms of data it generated, to peruse photographs taken along the way, to reflect upon solutions created. The book’s content is divided into three parts - “Conversations” - that address the three stages of the project: the found site, the design process, and the end result.
The design of the book references the physical characteristics of the High Line itself: 13.5” wide by 9” high, and a hefty 2” thick, its landscape dimensions reflect the linearity of the High Line, and the variety of its page layout references the complexity and ever changing nature of the park’s extension along Manhattan’s west side. The book, full of color and surprises dispersed throughout, relies on numerous full double foldout pages, as well as inserted flip pages: saturated with photographs, overlaid with maps on perspective renderings, covered with standard architectural drawings, and graced with plant matrices and planting plans that convey the full extent of landscape: the changing views, the varying beds, what remains underneath, and what lies ahead. The High Line invites the reader to accompany the designers through the design process and along the park’s 1.5 mile length.

Phaidon: The High Line, published by Phaidon in 2015, far exceeded the goals of the publisher, who noted that, “The High Line is the first full documentation that visually charts the journey of this global landmark from the designer’s point of view. . . . Detailed, obsessive, quirky, compelling, and beautiful, the book captures the essence of the High Line.”
Sales: More than 10,000 copies of The High Line have been sold globally in the first six months of publication (November 2015 to April 2016). Sales have come by way of obvious channels – Amazon, Barnes & Noble (a top-ten architecture title at B&N during the holidays), and independent booksellers nationwide – but also through key specialty retailers, among them Barneys, Anthropologie, and Marc Jacobs. Museum sales have been strong; the Whitney alone has sold more than 100 copies, and The Broad’s sales are approaching that number.
Reviews: Reviews of The High Line in both general and design media have been overwhelmingly positive:
A piece of performance art, a richly illustrated tour that captures not only the park's history but its blooming, buzzy feel. The photographs are breathtaking, and so is the display of plans and drawings. The New York Times
Oversize photographs of the construction process as well as views of the finished product offer a nuanced appreciation of the architectural efforts of James Corner Field Operations and Diller Scofidio + Renfro. The Wall Street Journal
Apparently imbued with almost miraculous transformational powers [The High Line] is the envy of every post-industrial city blessed or cursed with lumps of defunct infrastructure, and an image on the project mood boards of every urban regeneration consultant. ...One for the shelf of any designer whose clients now want something a bit like the High Line. Architecture Today
This comprehensive tome tells the decade-long story of the elevated park's development in the designers' and developers' own words—a unique approach for an equally unique project. Bloomberg Pursuits
Documents the park's design work in detail...Flipping through its pages makes clear that, as Diller puts it, [visitors] are freed from the everyday in order to see the everyday anew. Surface
Consider this a behind-the-scenes glimpse, from conception to afterthoughts, provided by the architects and designers who were responsible for bringing The High Line to life. Metropolis
A guide to the rebirth of New York City's High Line, the book shows the formerly derelict site's makeover into an alluring community space and tourist attraction. Time Magazine