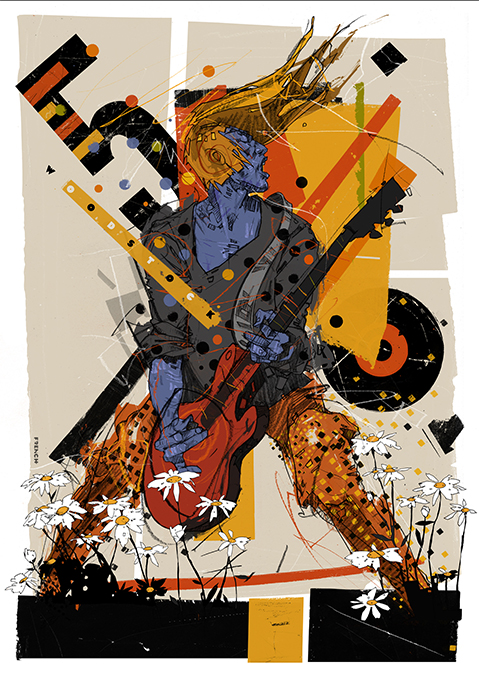 The Bienal Internacional del Cartel en México invited 69 poster designers from around the world to commemorate the 50th anniversary of Woodstock for the exhibition Woodstock 50: A Piece Of My Heart.

Each designer was assigned a musician who performed at the Woodstock Music Festival in August 1969. My assignment was to create a poster of Alvin Lee, the front man and lead guitarist for the bluesy British rock band Ten Years After. Watching footage of Lee's performance at the festival shows off his virtuosity as a guitarist and his undeniable on-stage swagger, which I tried to catch a glimpse of in this image.